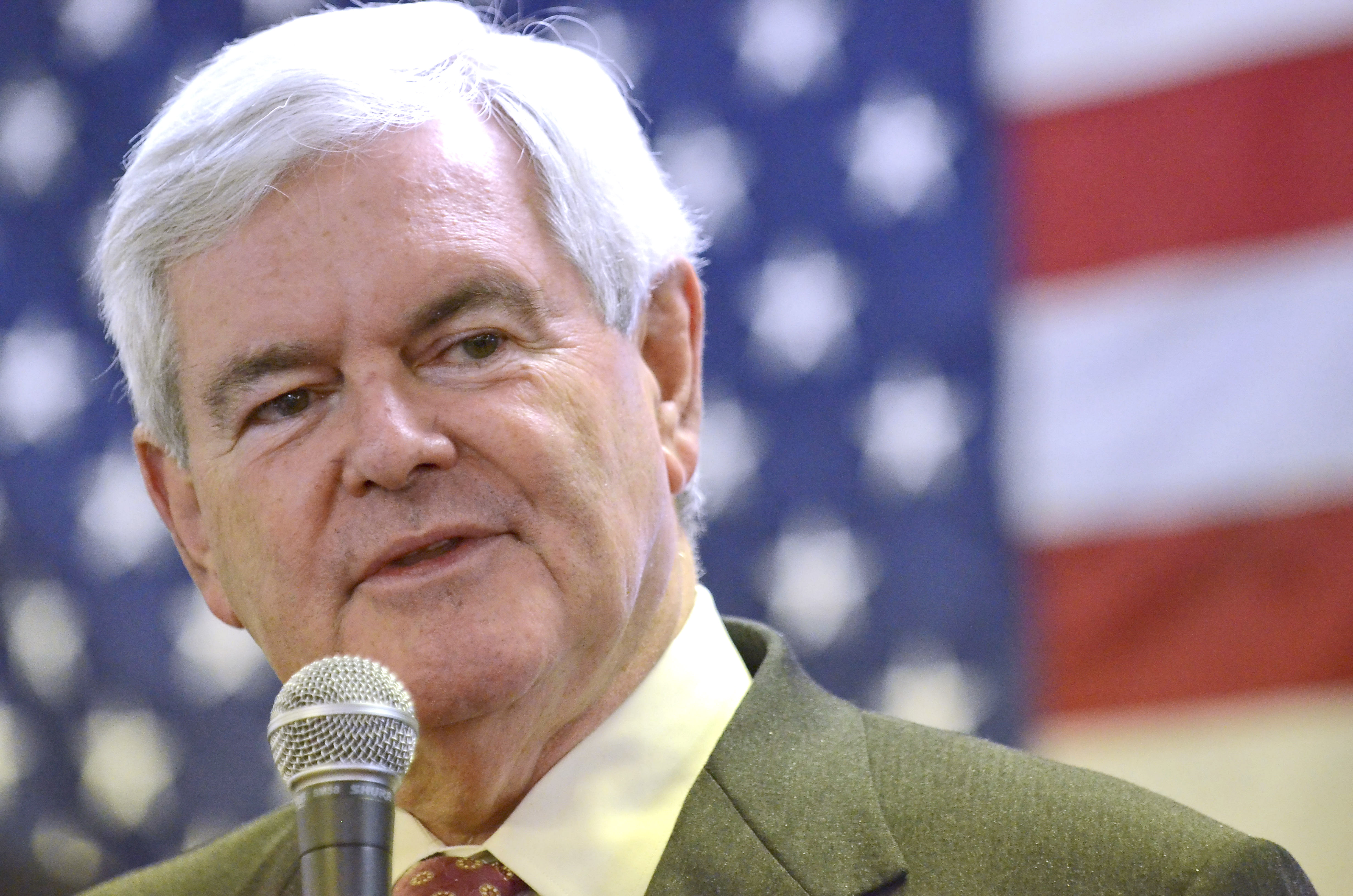 NEW YORK -- Seeking to douse a recent controversy, Newt Gingrich said Monday that his assertions about putting poor children to work deal specifically with those who are in public housing projects and other areas with few employed adults.

Gingrich has drawn criticism from some Democrats and pundits for contending that U.S. child labor laws are "truly stupid" and arguing that poor children should be given work as janitors in their schools. He has said that under current conditions, such children do not develop proper habits of working.

"I've been talking about the importance of work, particularly as it relates to people who are in areas where there is public housing, et cetera, where there are relatively few people that go to work," Gingrich told reporters. "And this has been interestingly distorted by some people who suggest that the working poor by definition know how to work, which is true - this is why they're called the working poor. I was talking about people who come out of areas and neighborhoods where they may not have that experience."

Gingrich also tried to clarify that he does not condone having young children doing "heavy, dangerous" janitorial work. "On the other hand ... there are a number of things done to clean buildings that are not heavy or dangerous," he said. "So what if you took kids in danger of dropping out and instead you said, 'If you'll stay in school, we'll give you a three-hour or four-hour-a day job and we'll allow you to work after school and you'll have cash and you'll be able to go do things.' This is called America. It's how people rise in America. They learn to work."

Gingrich fired back at House Minority Leader Nancy Pelosi, who served on the panel that investigated Gingrich's ethics dealings when he was House speaker during the 1990s. According to the liberal website Talking Points Memo, she said: "One of these days we'll have a conversation about Newt Gingrich," Pelosi I know a lot about him. I served on the investigative committee that investigated him, four of us locked in a room in an undisclosed location for a year. A thousand pages of his stuff."

The House panel investigated claims that Gingrich sought tax-exempt status for college courses run for political purposes. That investigative committee concluded the then-Georgia Republican had given investigators "inaccurate information" that represented a disregard of House rules.

Although a special counsel concluded that Gingrich violated federal tax law and had lied to the ethics panel to force the committee to dismiss the complaint against him, the full House ethics committee decided to leave the issue to the Internal Revenue Service. The IRS in 1999 cleared the organizations that were connected with the courses.

"If she's suggesting that she's going to use material that she developed while she was on the ethics committee - that is a fundamental violation of the rules of the House ... I think it tells you how capricious and political that committee was when she was on it," Gingrich said. "It tells you how tainted the outcome was, that she was on it. And I think what she said to you today should explain a great deal about what happened in the ethics process when Nancy Pelosi was at the heart of it - and is now prepared to totally abuse the House process."

Pelosi's spokesman subsequently denied that she would seek to release confidential information, saying she was referring to material that already is in the public record.

While Gingrich has repeatedly sought to train his attacks on President Obama and other Democrats without denigrating fellow GOP candidates, he took a dig at his rival Mitt Romney, who has labeled Gingrich "a career politician."

"Well, I don't know that you ought to count running for Senate in 1994, running for governor, then running for president for 6 years - I mean, I don't know if that makes him a career politician or not, I'll let you decide," Gingrich said of Romney. "It's fair to say I have been a successful candidate a number of times."

Asked about the ways in which his campaign differs from Romney's, Gingrich cited his call to overhaul Social Security in favor or personal savings accounts as "dramatically bolder and more oriented toward individual empowerment" than Romney's. He also said he supported abolishing capital gains taxes entirely instead of Romney's approach, which calls for keeping them in place for those earning above $200,000.

He also cited his call for the removal of U.S. District Judge Fred Biery, who earlier this year issued a ruling that banned an official invocation, benediction, or any message that can be considered a prayer at a Texas school district's commencement ceremonies. The U.S. 5th Circuit Court of Appeals overturned Biery's ruling.