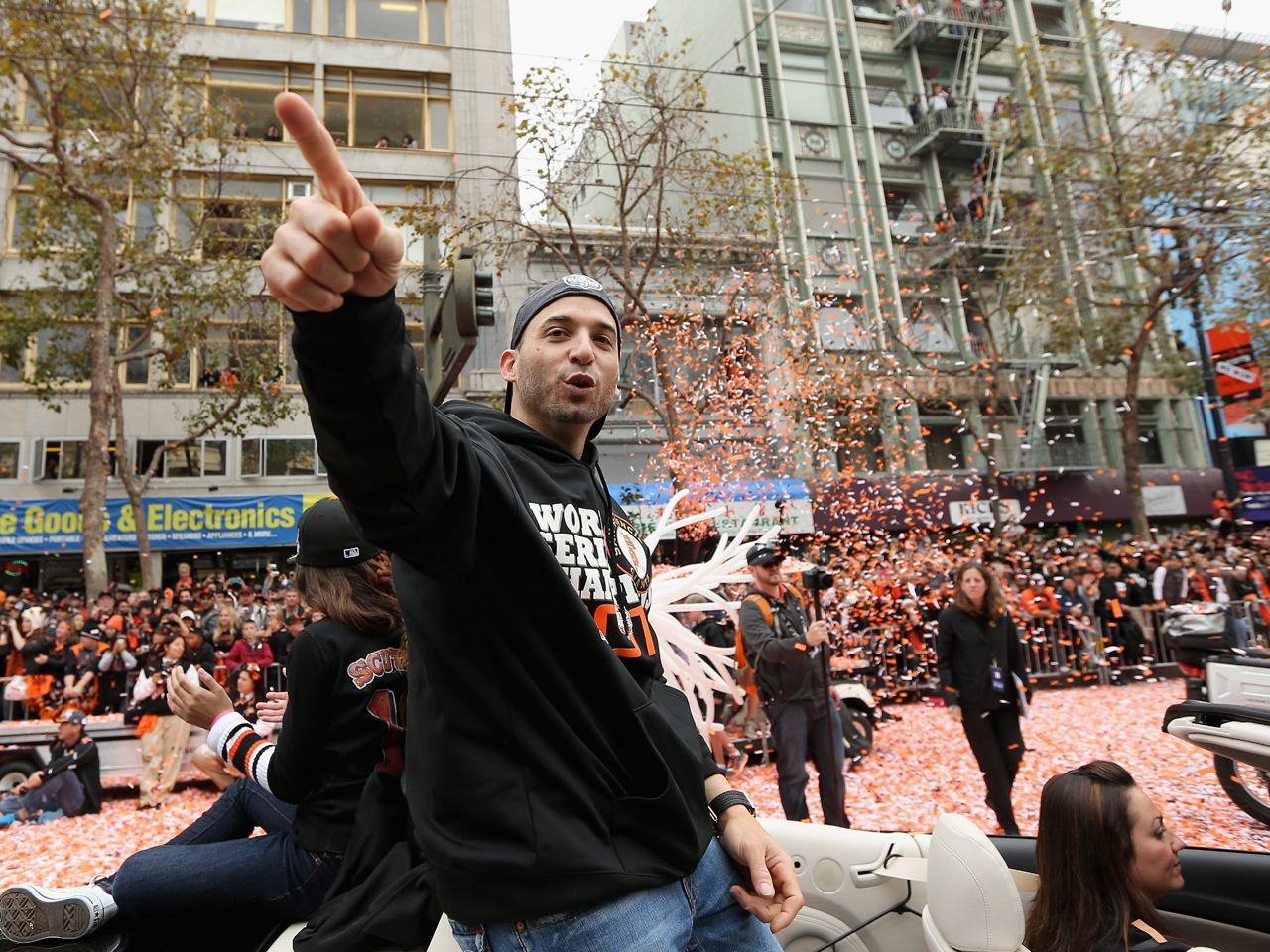 NEW YORK A full postseason share for the World Series champion San Francisco Giants was worth a record $377,003, breaking the mark that had stood since the 2006 St. Louis Cardinals.

In the first year of the expansion of the playoffs from eight teams to 10, the players' pool was a record $65.36 million, Major League Baseball said Monday. The previous mark of $59.1 million came in 2009.

The Giants split $23.5 million, voting 50 full shares, partial shares equivalent to another 11.1, and 12 cash awards. All-Star outfielder Melky Cabrera, suspended for the final 45 games of the regular season and the division series, automatically received a full share without his teammates having to make a decision.

Under baseball's joint drug agreement, he was eligible for his share because his suspension ended in time for him to be on the active roster for a majority of the Giants' postseason games, even though San Francisco decided not to use him. Under Major League Rule 45, he gets a full share because he was with the team from June 1 on.

Cabrera, the All-Star game MVP, became a free agent last week and agreed to a $16 million, two-year contract with Toronto.

Shares are split among the 10 postseason teams. In the past, they were divided among the eight playoff teams and the four second-place teams that failed to reach the postseason.