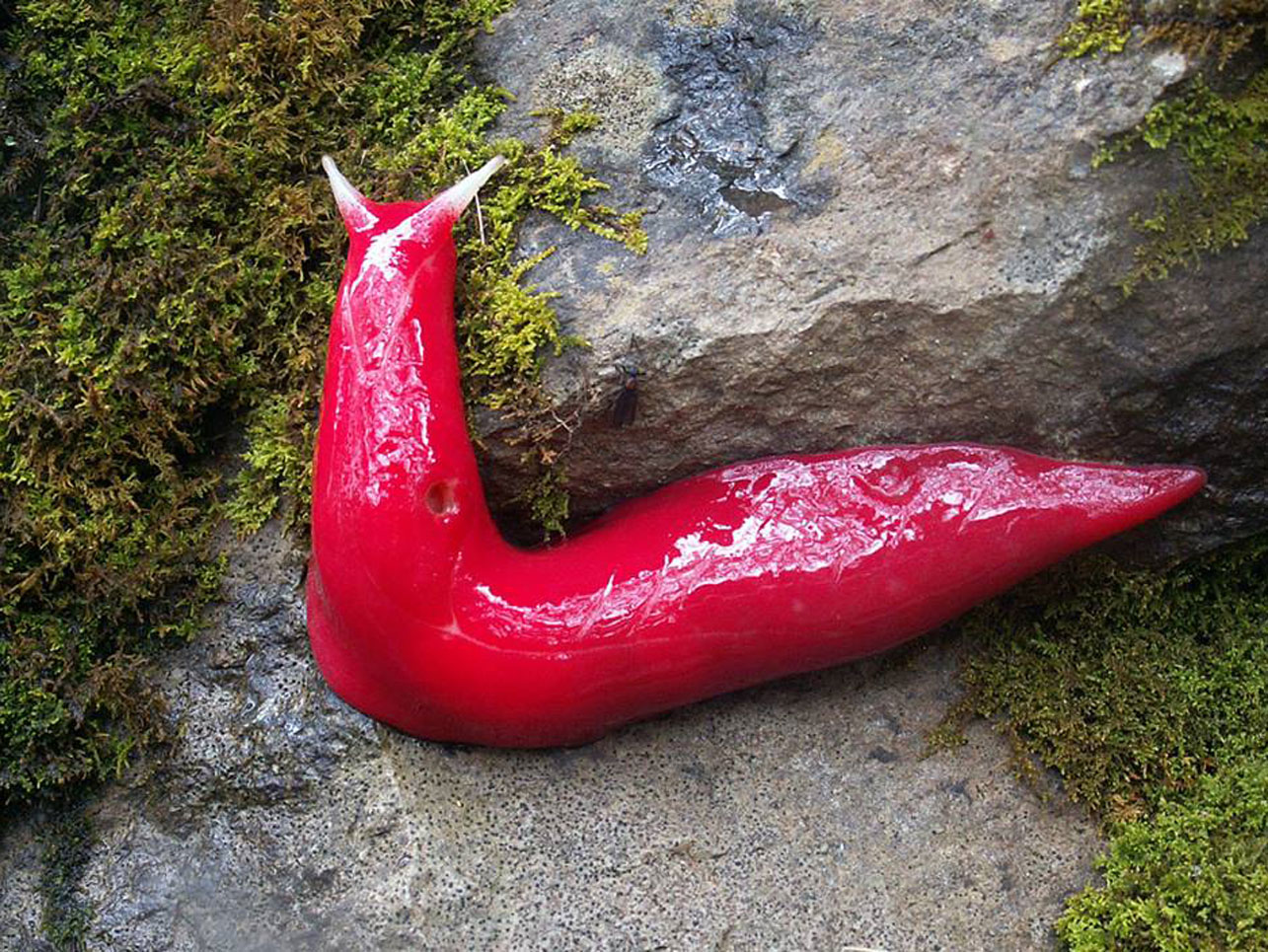 A bright pink, slimy creature is delighting onlookers with its wild color. This florescent slug is the real thing and is only found in the sub-alpine area of Mount Kaputar National Park, in New South Wales, Australia.

The invertebrates have made quite a splash since appearing in a Sydney Morning Herald article last week. Photos of the pink slugs have been all over news outlets and their photos have been shared via many social media sites. Taken by the National Parks and Wildlife Service, the photo is believed to be one the rare times the creature has been visually documented.

Officially called a Triboniophorus aff. Graeffei, the pink slugs can get quite large, some measure up to eight inches long. They typically remain hidden most of the time and only come out after a big rainstorm.

''It's just one of those magical places, especially when you are up there on a cool, misty morning,'' Michael Murphy, a national parks ranger who covers the area, told the Sydney Morning Herald. ''It's a tiny island of alpine forest; hundreds of kilometers away from anything else like it. The slugs, for example, are buried in the leaf mould during the day, but sometimes at night they come out in their hundreds and feed off the mould and moss on the trees. They are amazing, unreal-looking creatures.''

Scientists believe that their striking color is actually a form of camouflage that helps them blend into the surrounding fallen red leaves of Eucalyptus plants.

The florescent creature was only recently identified, but has been spotted by locals for years. Researchers believe it has most likely been in the area for millions of years.

Protesters once again defied curfews across the country as demonstrations continued for an eighth straight night.