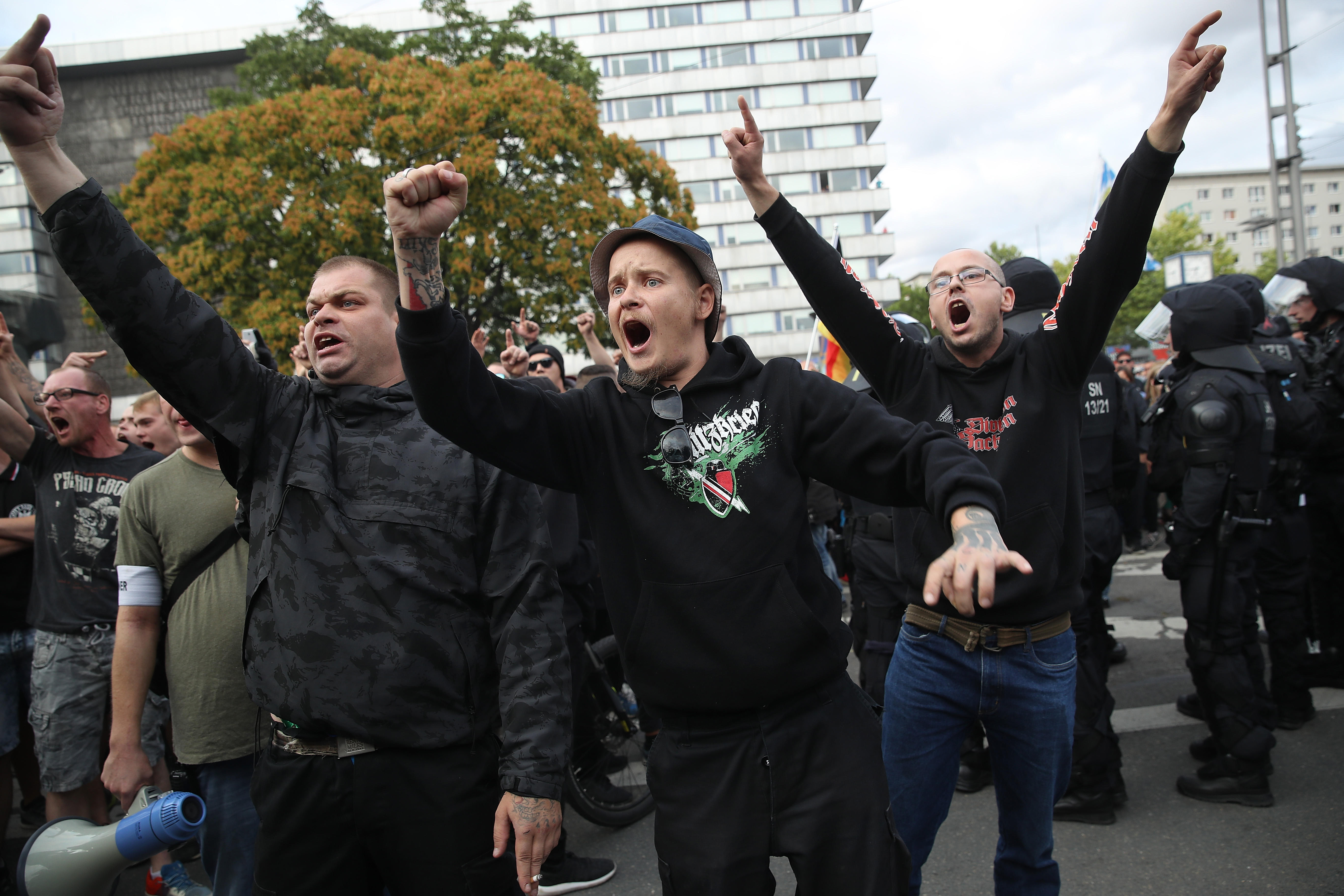 BERLIN -- Germany's top security official offered to send federal assistance to the eastern state of Saxony on Tuesday following violence during a far-right protest in the city of Chemnitz that left at least six people injured. The protest late Monday, sparked by the killing of a 35-year-old German man in an altercation with migrants over the weekend, erupted into clashes between neo-Nazis and left-wing counter-protesters. Opposition parties criticized police for failing to prevent the violence.

"The police in Saxony are in a difficult situation," Interior Minister Horst Seehofer said. "Should it be requested, the federal government will provide police support."

Green lawmaker Konstantin von Notz urged Seehofer to consider resigning, accusing him of fanning anti-migrant sentiment over the past year.

Von Notz told the news portal t-online.de that the violence in Chemnitz recalled events elsewhere in eastern Germany during the early 1990s, when authorities failed to stop far-right mobs from attacking migrants.

The state of Saxony has long been a hotbed of anti-migrant sentiment. The far-right Alternative for Germany party received almost a quarter of the vote in Chemnitz last year.

Chemnitz police said they have arrested a 22-year-old Syrian and a 21-year-old Iraqi on suspicion of manslaughter in the stabbing death of the German man after a street festival early Sunday. Prosecutors said the killing was preceded by a verbal confrontation that escalated.

Saxony's governor slammed far-right extremists for using the man's death as a political tool and for spreading false information online about it.

Governor Michael Kremtscher said authorities would swiftly and thoroughly investigate the killing but will also come down hard on those who had stoked violence in its wake, including attacks on migrants on the sidelines of the protest.

"We will show that we have a strong state," he told reporters in Dresden.

"We have to keep in mind that these are pictures that will be seen abroad," Maas told reporters in Berlin. "But I don't think that what was seen there even comes close to reflecting the reality in Germany. I firmly believe that the majority of people living in this country want an open and tolerant country."

Maas said it was up to authorities to investigate the killing and hold those responsible to account.