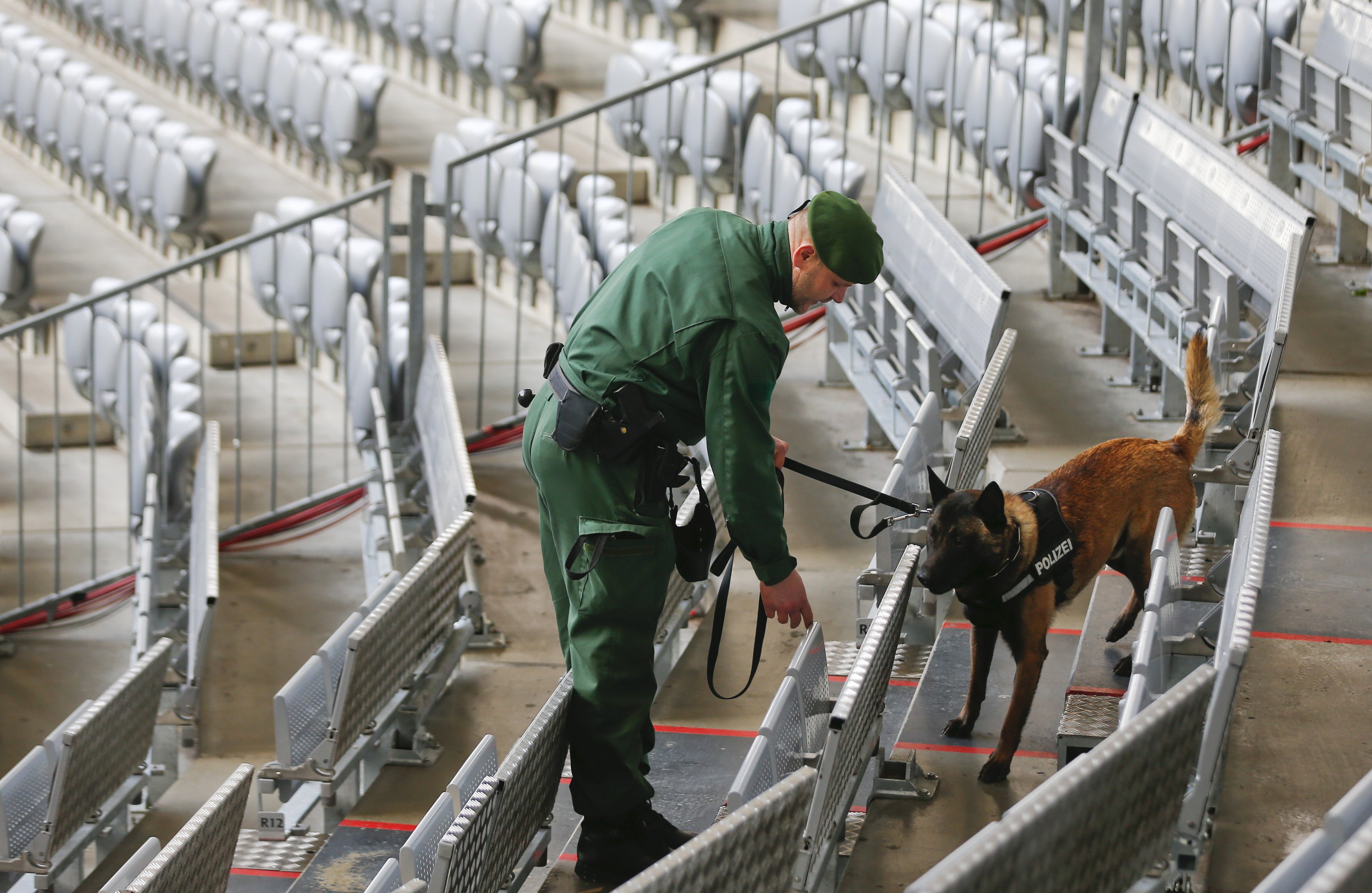 BERLIN, Germany -- "It is not a matter of if, but when," Dr. Markus Kaim told CBS News, echoing a common theme about the likelihood of a terrorist attack in Germany.

The resignation and fear expressed by the Senior Fellow at the German Institute for International and Security Affairs (SWP) is similar to that of diplomats, intelligence analysts and police officials also interviewed by CBS News.

Facing distinct concerns over immigration, a poorly equipped police force and the simultaneous threats of unsecured nuclear material and porous borders, German cities are bracing for a terror attack.

Since Germany joined the coalition air campaign against ISIS in Syria, albeit in a limited refueling and reconnaissance role, the terror group has called specifically for German Muslims to target Chancellor Angela Merkel's office in Berlin and to attack the Cologne-Bonn Airport.

"With the military contribution, we have finally arrived on the radar of ISIS," Kaim said.

Unlike France and Belgium, Germany cannot use its armed forces to increase readiness domestically because of constitutional prohibitions, Ernst G. Walter, Chairman of the Federal Police Union (DPoIG), told CBS News in Berlin.

That leaves Germany's police as the first and last line of defense -- and response -- to any terror attack and, Walter said, they're simply not equipped for the challenge.

"Where we are not prepared is with the policeman on the street; normally the first to confront terrorists," he told CBS News. "We need modern weapons. We need armed helmets against shooting by a Kalashnikov," he said, referring to the Russian-made machine guns favoured by the Brussels and Paris attackers.

"We have very old weapons in the German police force. The machine guns are the machine pistol MP5 -- it's about 50 years old," he said, referring to the 9mm submachine guns made by Germany's own Heckler & Koch since the 1960s.

Two specific issues are keeping Germany, and the rest of Western Europe, on edge: the massive, largely unchecked waves of migration from the Middle East and North Africa, and the threat of unsecured nuclear materials falling into the wrong hands.

On Tuesday, the European Union border agency, Frontex, admitted that it cannot fully track the massive wave of refugees pouring into Europe. The agency estimated 1.82 million illegal crossings into the continent last year, but said that number could be even higher.

"False declarations of nationality are rife among nationals who are unlikely to obtain asylum," said Frontex, adding that "there is a risk that some persons representing a security threat to the EU may be taking advantage of this situation."

"Since last year we've had hundreds of thousands of people who are not registered at the borders because Germany said, okay, this is a humanitarian catastrophe so we let them in," Kaim said.

There are about 850 people being monitored in Germany, who are believed to represent a threat. "They are people who travel to Iraq or Syria and they come back," said Walter. But others live anonymously.

"We had thousands of people simply marching along German highways and nobody had registered them," Kaim agreed.

German police officials are calling for a data network within Europe to track suspected extremists who return from Iraq or Syria. Holger Muench, president of Germany's federal police (BKA), has said that only about half of the European Union's 28 states currently compare fingerprints.

"Due to the growth and often fragmented IT architecture, it is currently not possible to systematically bring together the available evidence," lamented Federal Interior Minister Thomas de Maizière.

German intelligence chief Hans-Georg Maassen has warned that ISIS is deliberately planting jihadists among the refugees flowing into Europe. At least one of the Paris attackers is known to have gotten back into Europe from Syria posing as a refugee.

On Wednesday, the European Commission presented a proposal for stronger EU-wide information systems to improve external border management and to increase internal security.

De Maizière applauded the EU plan, similar to ones he said he proposed before the attacks in Brussels, and called for quick action.

All of the diplomats, police officials and scholars CBS News spoke to in Berlin were adamant that migrants were not to blame for the terror threat. Indeed, virtually all of the attackers in Paris and Belgium were "home-grown" jihadists with European nationality.

Kaim noted that, at least in the past, migration has been "a huge success story" in Germany, particularly with Turkish migrants, the largest group to have arrived.

"But today, the sheer numbers of migrants, along with the ISIS threat to infiltrate migration flows, has caused a new threat," he said.

Fears over nuclear materials falling into terrorists' hands were highlighted at the Nuclear Security Summit hosted by President Obama in Washington last week, and underscored by an ISIS plan uncovered earlier this year to try and target a Belgian nuclear facility.

Two men linked to the Brussels attacks recorded 10 hours of secret surveillance video of a top Belgian nuclear scientist, likely hoping to use his security clearance to try to obtain radioactive material to build a so-called "dirty bomb."

"The possibility of threats against nuclear facilities is of particular concern and our agencies are actively reacting to it," German Ambassador to the United States, Peter Wittig, told CBS News.

The ambassador said Germany would seek more international help by hosting an international workshop in Berlin in September on the existing Code of Conduct for Safety and Security of Radioactive Sources.

Walter said Germany's nuclear facilities are well-secured by private companies. But President Obama and other experts made the point at the nuclear summit that 2,000 tons of nuclear materials are stored around the world, vulnerable to theft -- and to being transported across national borders.

The Paris and Brussels attacks have already shone a light on the inherent risks of Europe's largely border-free travel zone.

"You cannot make cities 100 percent secure and safe. That is not possible if you live in a free state," argued Walter. "If you look around in Berlin, how do you want to secure a shopping center?"

New technology will eventually help Germany and other European nations better detect threats, and a network already in use in New York is expected to roll out to other locations in the coming years.

"We also have fixed detectors spread throughout the city," said Miller. "All of this rings into a central control center where it shows up on maps that are linked to 8,000 cameras and license plate readers."

But the elaborate monitoring software to pull all that information together in real time, known as the Domain Awareness System (DAS), is only available in New York City, for now.

Counterterrorism officials concede the clock is ticking for Western Europe, and the threat of our era won't wait for police to get better equipment and technology.

"The terrorists, for example, in the 70s and 80s in Germany, like the Baader-Meinhof group had targets, which were politicians and economic VIPs," said Kaim.

"This is different. They are just blowing up people, you know?"