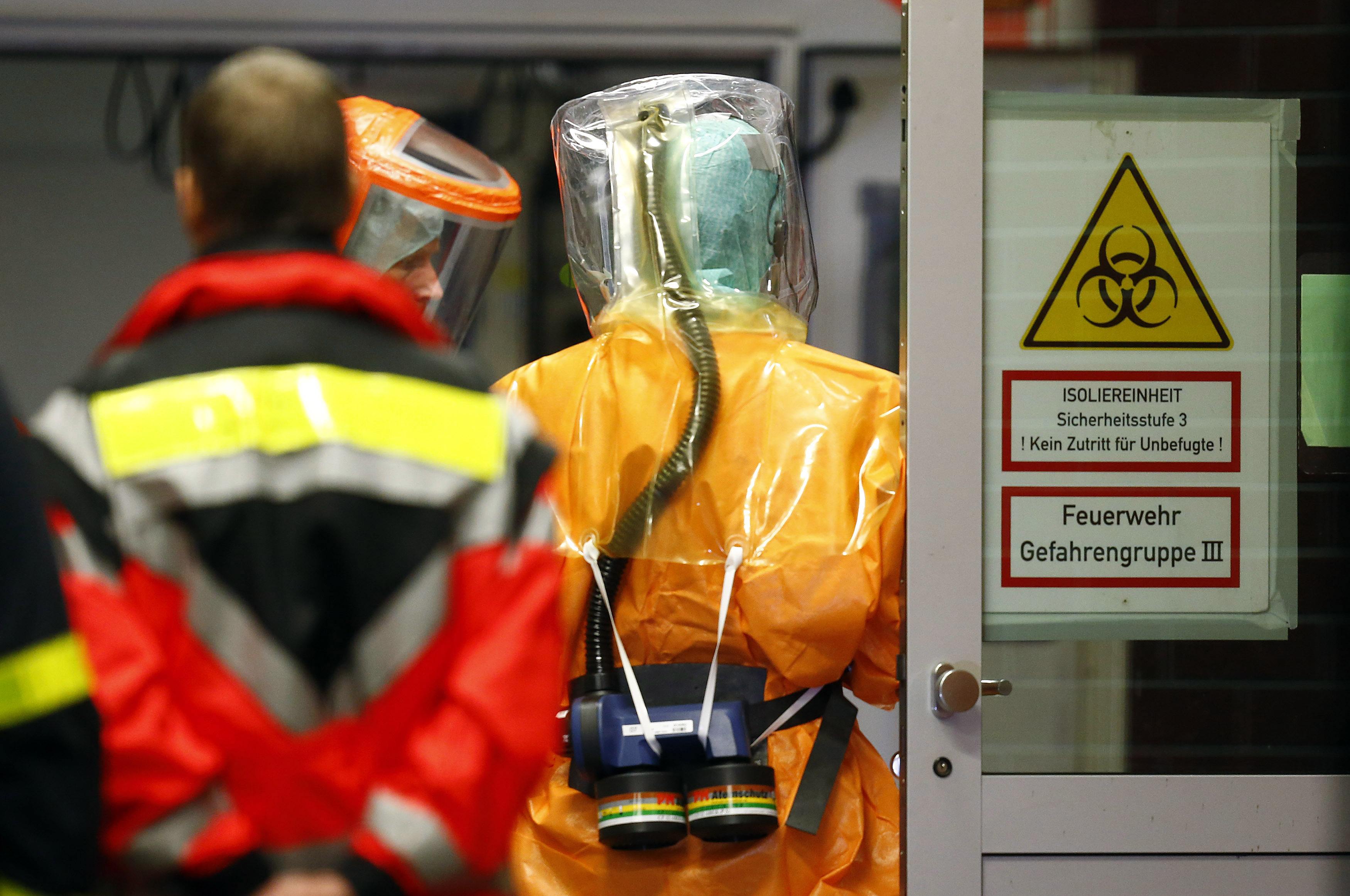 BERLIN -- A United Nations medical worker who was infected with Ebola in Liberia has died despite "intensive medical procedures," a German hospital said Tuesday.

The St. Georg hospital in Leipzig said the 56-year-old man, whose name has not been released, died overnight of the infection. It released no further details and did not answer telephone calls.

The man tested positive for Ebola on Oct. 6, prompting Liberia's UN peacekeeping mission to place 41 staff members who had possibly been in contact with him under "close medical observation."

He arrived in Leipzig for treatment on Oct. 9 where he was put into a special isolation unit.

The man was the third Ebola patient to be flown to Germany for treatment.

The first patient, a Senegalese man infected with Ebola while working for the World Health Organization in Sierra Leone was brought to a Hamburg hospital in late August for treatment. The man was released Oct. 3 after recovering and returned to his home country, the hospital said.

Another patient, a Ugandan man who worked for an Italian aid group in West Africa, is undergoing treatment in a Frankfurt hospital.