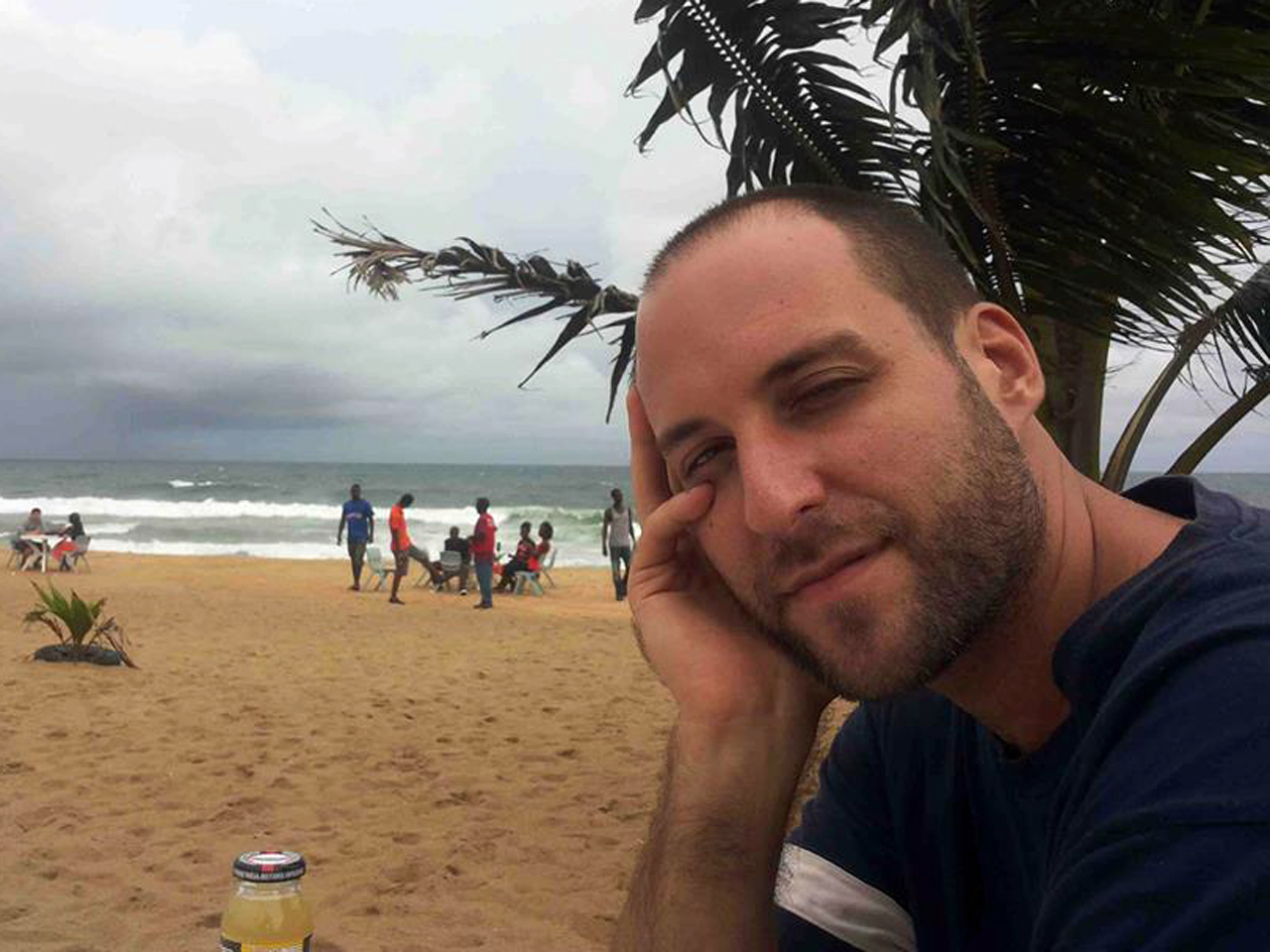 OMAHA, Neb. -- An American video journalist being treated for Ebola returned to Twitter Monday, as doctors said he continues to show improvement.

Ashoka Mukpo tweeted from Nebraska Medical Center, where he is receiving care in the hospital's isolation unit.

Mukpo became infected while working as a freelance cameraman for Vice News, NBC News and other media outlets in Liberia. He had previously spent two years working for a nonprofit in Liberia and had returned to the country just weeks before he was diagnosed with the virus.

Taylor Wilson, spokesman for Nebraska Medical Center, said Sunday doctors are pleased with 's progress and that he was headed in the right direction. The 33-year-old, who returned to the U.S. on Oct. 6, was described as weak but responding very well to treatment.

Friends are turning to crowdsourcing to help pay for what they say is expected to be more than $500,000 in medical bills.

A fundraiser on the website Gofundme had raised more than $47,000 by Monday afternoon, with more than 650 donations.

NBC and the VICE Media Group say they're coordinating to assist in paying for his medical care. NBC says it wants a solution where he and his family won't have to pay anything.