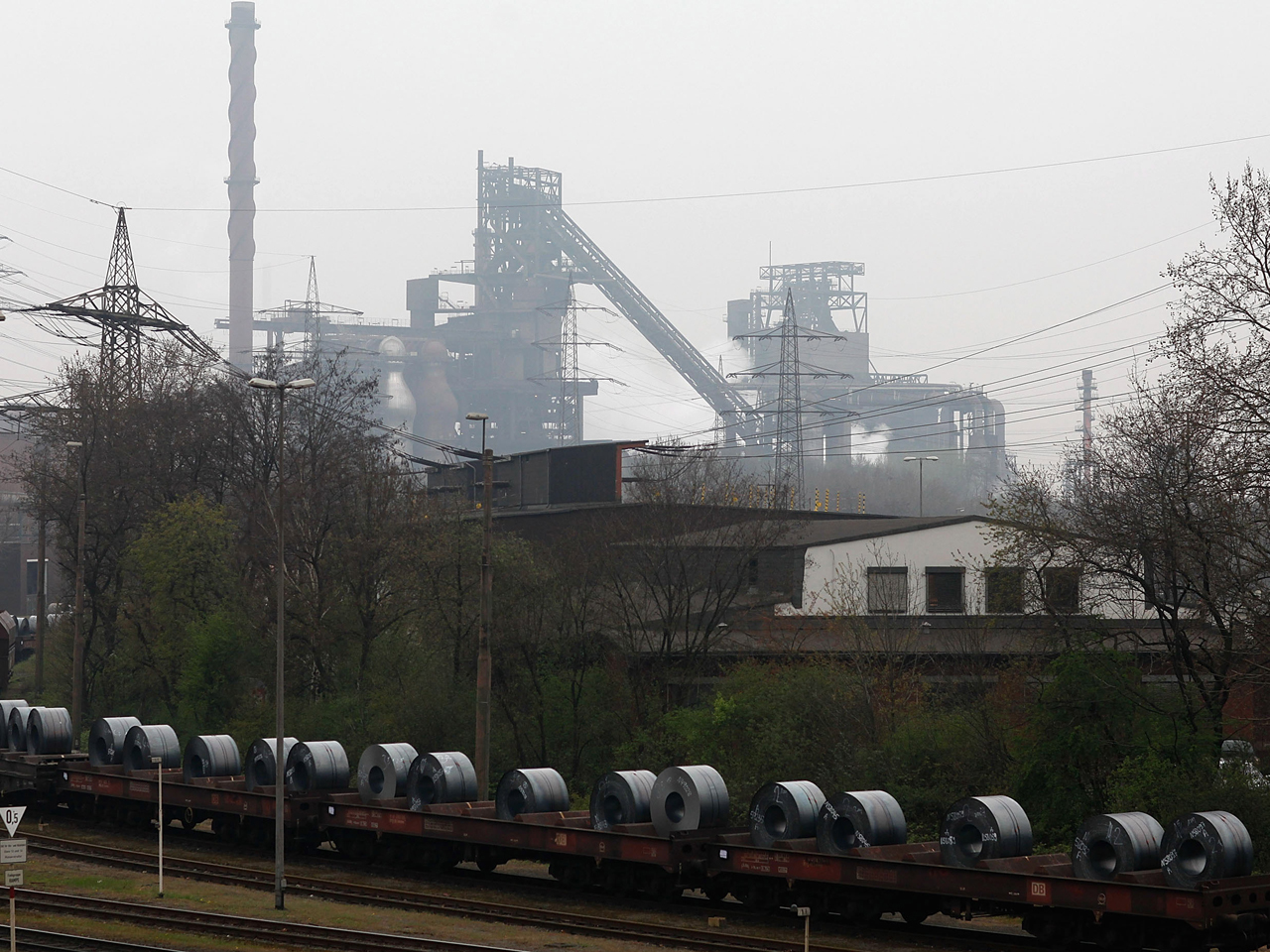 (AP) BERLIN - Industrial production in Germany dropped by an unexpectedly sharp 2.2 percent in April compared with the previous month, official data showed Wednesday, sending a downbeat signal about the economy's ability to shrug aside the eurozone debt crisis.

The drop followed a 2.2 percent month-on-month gain in March - a figure that was revised sharply downward from the initial reading of 2.8 percent.

The Economy Ministry said that industrial production remains "very robust." It said one factor in the decline was the fact that April 30, the day before the May Day holiday, fell on a Monday - meaning that many people took the extra day off.

Carsten Brzeski, an economist at ING in Brussels, took a less rosy view.

"The German economy's immunity against the eurozone sovereign debt crisis is clearly fading away," he said, pointing also to shrinking order books and a recent drop in business confidence.

"Even if it will not fall, the eurozone's last stronghold is faltering," Brzeski added. "For the time being, it is a stabilization at a high level. However, latest data clearly indicate that Germany is not an economic island."

In year-on-year terms, industrial production was down 0.7 percent in April following a 1.4 percent gain in March.

Germany, Europe's biggest economy, so far has been relatively unaffected by the debt crisis afflicting many partners in the 17-nation eurozone. Quarter-on-quarter growth of 0.5 percent in Germany in the January-March period helped the eurozone narrowly avoid a recession.