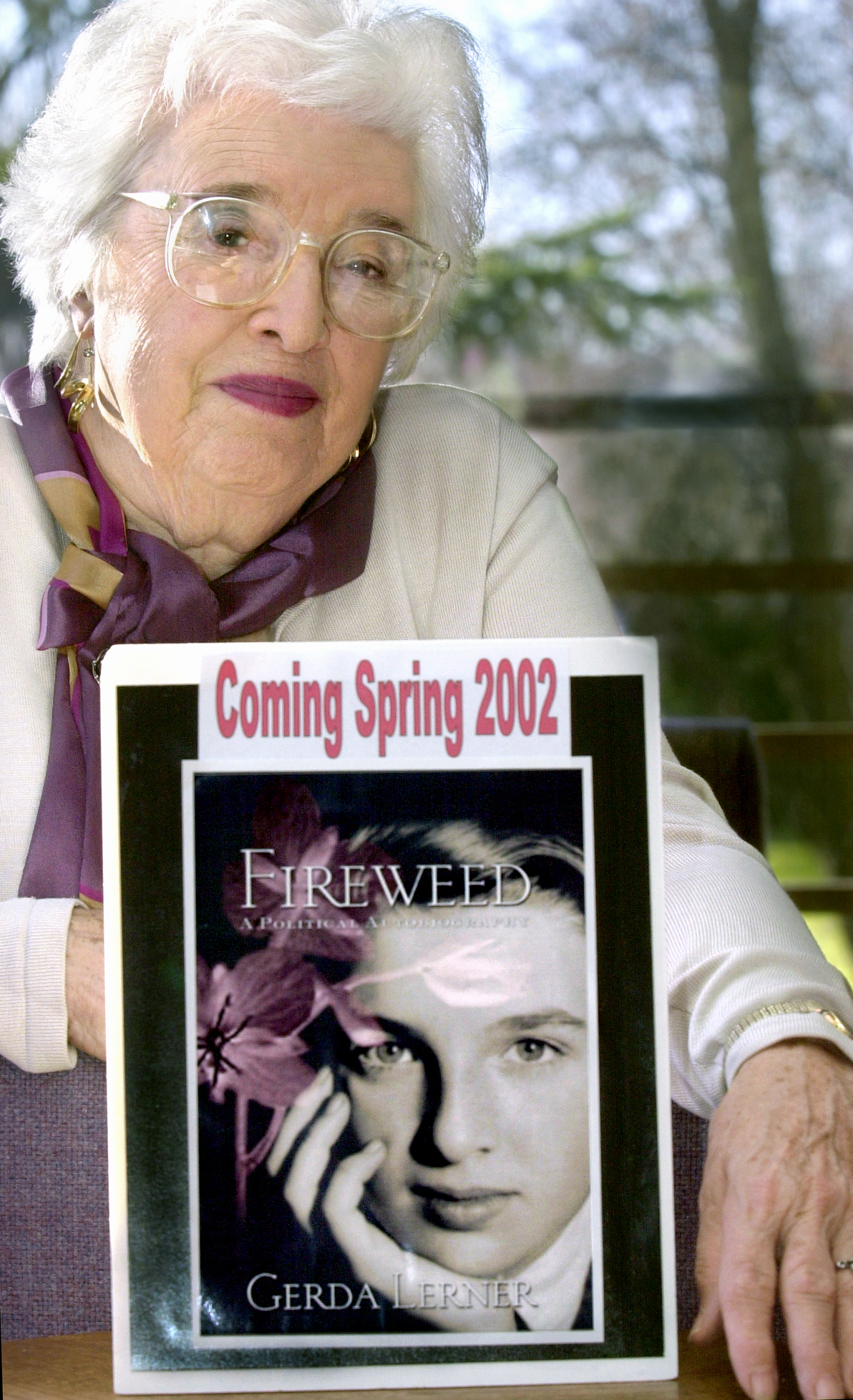 MILWAUKEE Gerda Lerner spent her 18th birthday in a Nazi prison, sharing a cell with two gentile women arrested for political work who shared their food with the Jewish teenager because jailers restricted rations for Jews.

Lerner would say years later that the women taught her during those six weeks how to survive and that the experience taught her how society can manipulate people. It was a lesson that the women's history pioneer, who died Wednesday at age 92, said she saw reinforced in American academia by history professors who taught as though only the men were worth studying.

"When I was faced with noticing that half the population has no history and I was told that that's normal, I was able to resist the pressure" to accept that conclusion, Lerner told the Wisconsin Academic Review in 2002.

The author was a founding member of the National Organization for Women and is credited with creating the nation's first graduate program in women's history, in the 1970s in New York.

Her son said she died peacefully of apparent old age at an assisted-living facility in Madison, where she helped establish a doctoral program in women's history at the University of Wisconsin.

"She was always a very strong-willed and opinionated woman," her son, Dan Lerner, told The Associated Press late Thursday. "I think those are the hallmarks of great people, people that have strong points of view and firmly held convictions."

She was born into a privileged Jewish family in Vienna, Austria, in 1920. When the Nazis rose to power, she was imprisoned alongside the two other young women.

"They taught me how to survive," Lerner wrote in "Fireweed: a Political Autobiography." "Everything I needed to get through the rest of my life I learned in jail in those six weeks."

She became impassioned about the issue of gender equality. As a professor at Sarah Lawrence College in Bronxville, N.Y., she founded a women's studies program — including the first graduate program in women's history in the U.S.

She later moved to Madison, where she helped establish a doctoral program in women's history at the University of Wisconsin.

Her daughter, Stephanie Lerner, said her mother earned a reputation as a no-nonsense professor who held her students to rigorous standards that some may not have appreciated at the time. One former student wrote to Gerda Lerner 30 years later saying no one had been more influential in her life.

"She said, `I thought you were impossible, difficult, not understanding, but you gave me a model of commitment that I've never had before,"' Stephanie Lerner recalled. "That's just how she was."

Even as Gerda Lerner held others to high standards, she took no shortcuts herself. For example, Stephanie Lerner said her mother loved hiking in the mountains, even as she got older and her mobility was challenged.

Stephanie Lerner recalled one particular hike with her mother about 30 years ago on a steamy California day. Stephanie Lerner brought a light day-pack, but Gerda Lerner toted a hefty 50-pound sack because she wanted to train for future hikes.

"I was much younger and very in shape. But at a certain point I said I couldn't do it anymore," Stephanie Lerner said. "She just went on ahead. That was her joy, her determination."

Gerda Lerner wrote several textbooks on women's history, including "The Creation of Patriarchy" and "The Creation of Feminist Consciousness." She also edited "Black Women in White America," one of the first books to document the struggles and contributions of black women in American history.

She married Carl Lerner, a respected film editor, in 1941. They lived in Hollywood for a few years before returning to New York.

The couple was involved in activism that ranged from attempting to unionize the film industry to working in the civil rights movement.

When asked how she developed such a strong sense of justice and fairness, she told the Wisconsin Academy Review that the feeling started in childhood. She recalled watching her mother drop items on the floor and walk away, leaving servants to clean up her mess.

"I wanted the world to be a just and fair place, and it obviously wasn't — and that disturbed me right from the beginning," she said.

She became determined to fight for equality, and she encouraged others to take up their own fights against inequality. She said people who want to change the world don't need to be part of a large organized group — they just have to find a cause they believe in and never stop fighting for it.

She credited that philosophy for helping her remain happy despite the horrors she lived through as a young woman.

"I am happy because I found the balance between adjusting, or surviving what I was put through, and acting for what I believed in," she said in 2002. "That's the key."