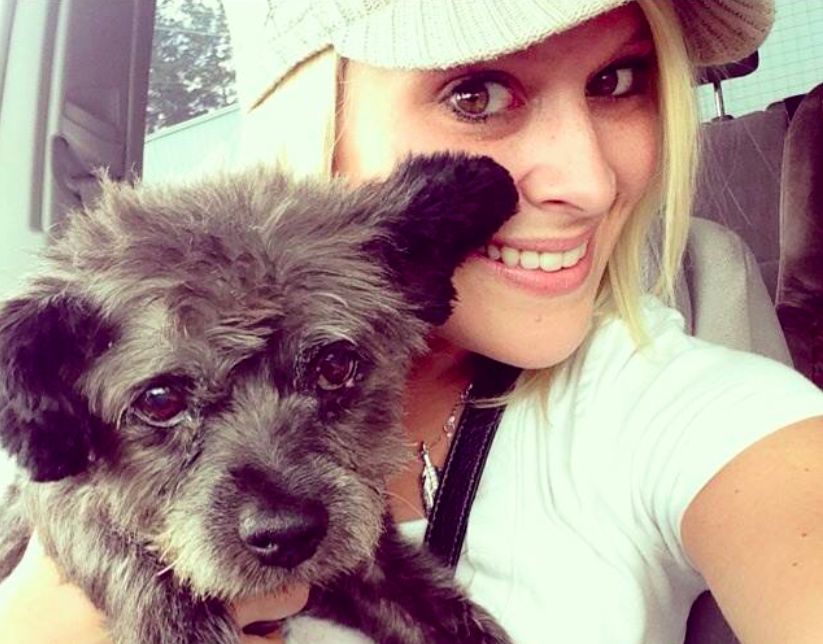 When Nicole Elliot was scrolling through an animal rescue's Facebook page, it wasn't a tail wagging puppy that caught her eye; it was a sad-eyed senior dog named Chester.

The scruffy Cairn Terrier was saved from a kill list by Animal Ark Rescue in Georgia with a cancerous tumor under his arm the "size of his head."

"Dogs like Chester use to immediately be killed, and no rescues would pull them," the shelter said, explaining that the rescue and its supporters are "their only chance."

The animal rescue decided to take a chance on Chester, and so did Elliot.

"I only hope someone would do the same for me if I was terminally ill," Elliot told CBS News.

But Elliot didn't stop there.

She decided to create a bucket list called "Chester's final journey," a journey that more than 50,000 people are following.

So far, the pup has eaten a puppy sundae, gone on a shopping spree, and even enjoyed a soothing oatmeal milk bath.

"I can tell he has been enjoying all of the love he has gotten -- the food is his favorite part," Elliot joked.

If there's time, Elliot plans on taking him to visit hospice patients, spending a day on the beach and more.

Veterinarians aren't sure how much time Chester has left. It could be anywhere from a couple of days to months, Elliot said.

"[Losing him] will be very hard, but knowing the legacy he is leaving behind makes it easier," she said. "I am already in love with him and feel lucky to be there for the remainder of his life."