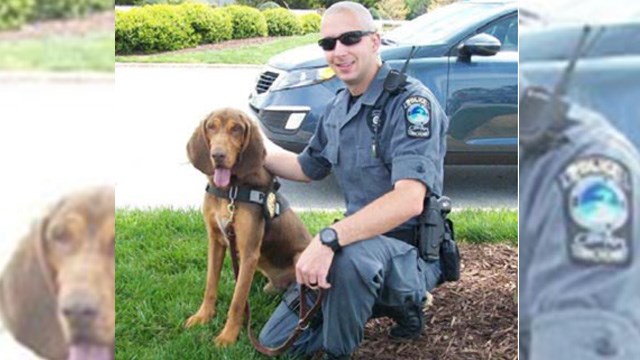 CONYERS, Ga. - A police dog died on Thursday night after being left in a hot patrol car by his handler in Conyers, reports CBS affiliate WGCL.

Zane, a 5-year-old bloodhound, was found dead around 5 p.m. at the house of Jerahmy Williams.

Police say the dog had been in the hot car for nearly 10 hours.

Williams told police that he fell asleep at his house after returning from work. He says he was feeling ill. Williams was under the impression that he had taken Zane to the kennel - but when he woke up he realized his mistake, unfortunately it was too late.

According to the station, Williams has been with the police department for almost 5 years and is a patrol corporal. Zane had worked with the Conyers police for four years and three of those were with Williams.

Williams has been placed on administrative leave with pay and could be charged with animal abuse and reckless conduct pending an internal investigation.

"We are committed to the care and proper treatment of our working K9s. We are mourning the loss of our own," police chief Gene Wilson told the station.

This comes weeks after another police dog died in a handler's hot car in Alabama.