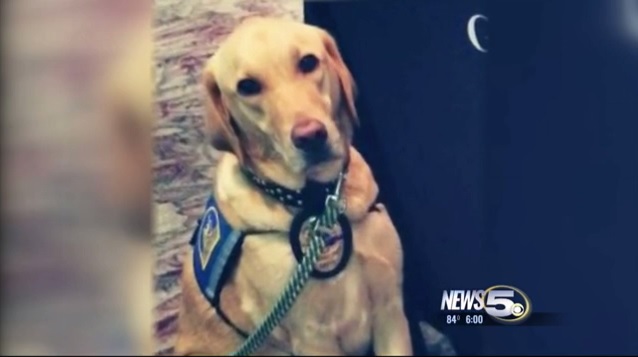 MOBILE, Ala. -- A canine working with the police department in Gulf Shores, Alabama died after being left in a hot patrol car, reports CBS affiliate WGCL.

The Baldwin County District Attorney's Office said the case will go to a grand jury, the station reported.

According to police, the dog's handler, Cpl. Josh Coleman, forgot that the K-9 named Mason was still in the back seat of his patrol car.

"He was going to take care of some paperwork in his office and he straight up forgot him," said Woodruff. "Left him in the car."

According to WGCL, the canine, who was in serious distress when located, was rushed to a veterinarian's office.

"He was treated aggressively for his condition and there were hopeful signs that Mason was doing better (last) Friday morning," Woodruff said. "However, Friday evening, Mason's condition began to deteriorate rapidly. Around 11:00 PM...Mason went into respiratory failure and passed away."

In a statement by the Baldwin County District Attorney's office Tuesday, officials said they agreed with an investigating officer that "an arrest was not appropriate at that time....Once the investigation is complete, a Grand Jury will perform a review of the facts and determine if any criminal conduct has or has not occurred."

Because Mason was not an enforcement K-9, the vehicle he was kept in was not equipped like other K-9 vehicles which have remote heat alarms, water bowls, and other protective measures, WGCL reported.

Sgt. Woodruff told WKRG that although the animal was not used for enforcement purposes, Mason was still a valuable member of the department.

"While he was not used to find drugs or people, his big thing, he was basically a bridge between the police department and the community," Woodruff said.