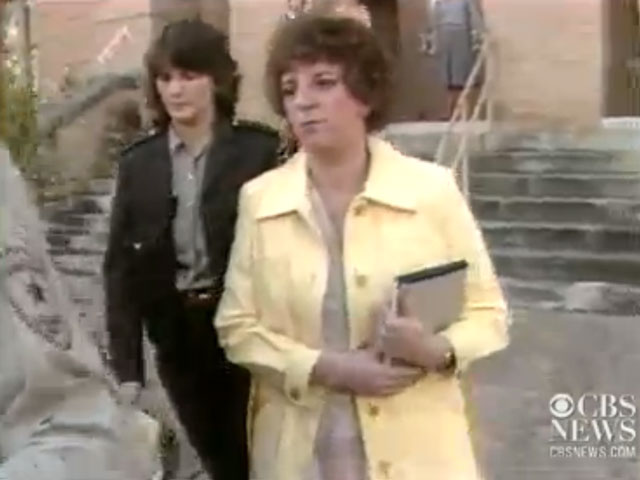 SAN ANTONIO -- A former nurse who prosecutors believe could be responsible in the deaths of up to 60 Texas children has been indicted on two new murder charges.

Jones has reportedly been called the "killer nurse." She is serving concurrent 99-year and 60-year sentences in state prison for the 1982 killing of another toddler and the sickening of a 4-week-old boy who survived. She was scheduled for release in March under a mandatory release law in place when she was convicted, but District Attorney Nico LaHood has previously said he's trying to ensure she never leaves prison because she's linked to the deaths of many more children who died in the early 1980s either during her shifts or shortly after.

"I believe that she should take her last breath from behind bars. And that is our intent," LaHood said at a Thursday news conference.

LaHood has said the latest indictments were prompted by new evidence and the re-examining of decades-old evidence.

"Justice demands for all of these innocent children's deaths to be investigated and accounted for," he said. "We will continue to follow the evidence wherever it leads us and work diligently to account for every child whose life was stolen at the hands of Jones. This remains an open and continuous investigation."

That investigation aims to build cases to support indictments "for as many deaths as the evidence can prove," LaHood said.

Prosecutors said the fresh material they've reviewed includes a 2011 letter from Jones to the Texas Board of Nursing in which she apologizes "for the damage I did to all because of my crime." In the letter, obtained by Texas Monthly and ProPublica via a public records request for a joint report published Thursday, Jones said she "was not of sound mind" and looks back on her actions as "heinous."

The letter marks the first times Jones seems to acknowledge guilt for the alleged crimes, the paper reports. Jones, whose case has been chronicled in two books, a TV movie and numerous articles, had previously maintained her innocence.

"It's a confession," assistant DA Jason Goss told Texas Monthly. "That's a big deal. It's an incredibly important piece of evidence. We already knew she was guilty. The fact that she's saying it to this nursing board just strengthens that belief. Just the fact that she's acknowledging that means she's not an innocent person in her own mind."

Goss told the publication he planned to show the letter to the grand jury Thursday along with testimony from Zavala's mother.

It's not clear if Jones has an attorney to address the most recent allegations against her. She has not yet entered a plea.

During Jones' time working at a San Antonio hospital and a clinic in Kerrville, northwest of San Antonio, children died of unexplained seizures and other complications.

Prosecutors at Jones' 1984 murder trial said the nurse lethally injected children at the Kerrville clinic to demonstrate the need for a pediatric intensive care unit at a nearby hospital.

Other prosecutors theorized that Jones' tactic was to take swift medical action and save some of her victims, making herself appear to be a sort of miracle worker.

It's not clear why Jones' actions, involving so many suspected victims, were not detected earlier. But Sam Millsap, a previous district attorney in Bexar County, told KSAT-TV in 2013 that medical records at the San Antonio hospital at one point were accidently destroyed, hampering efforts by investigators to prove their suspicions.