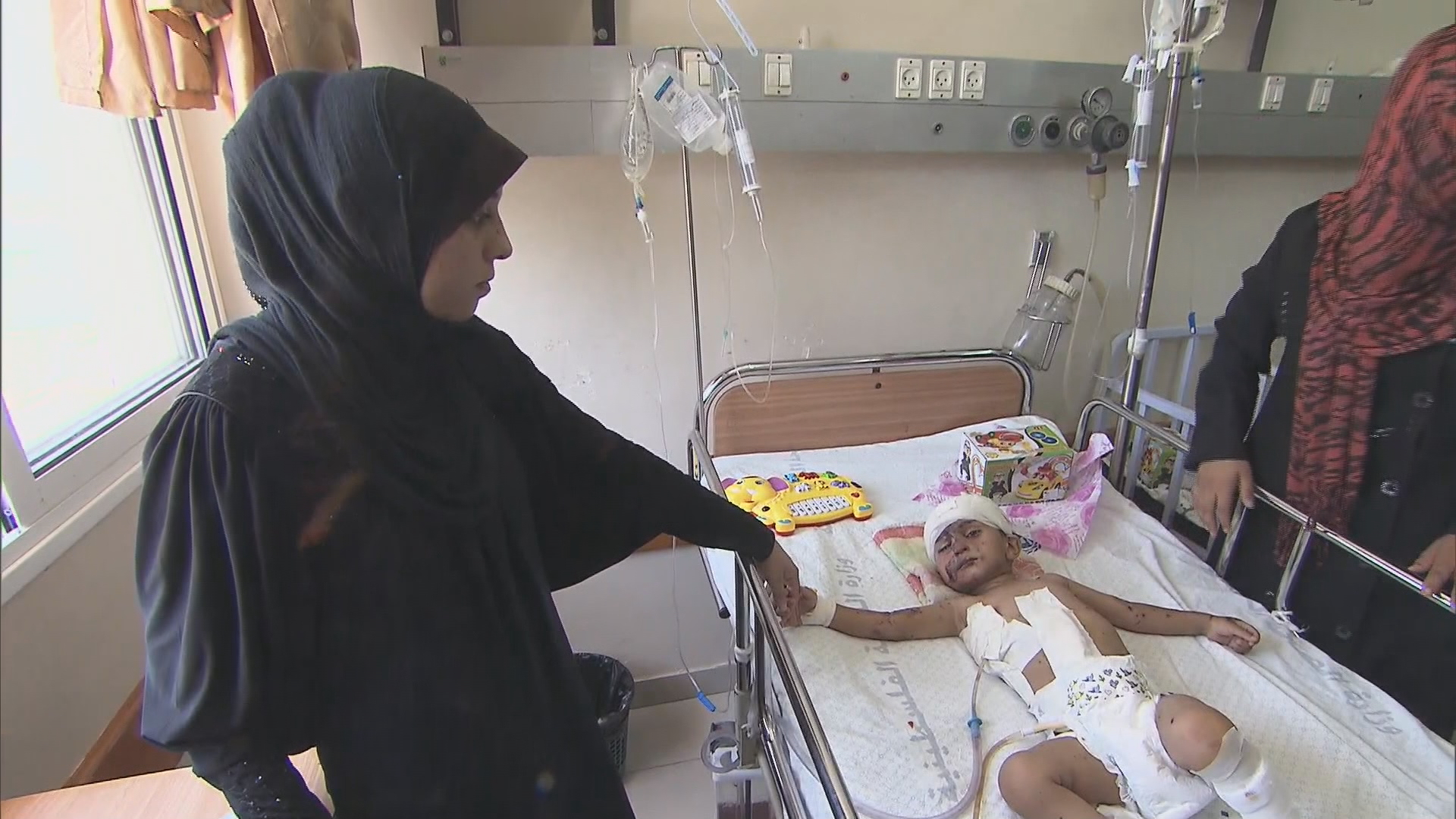 Since the latest fighting between Israel and Hamas broke out, 67 Israelis have been killed, as have nearly 2,000 Palestinians, including at least 429 children. CBS News looked at what it's like to grow up in a war zone, for children on both sides of the conflict.

In Gaza, there aren't many places left for children to play. Schools, playground, the amusement park have all been smashed. Nearly a quarter of the Palestinians killed this month were children. Thousands more were injured.

At the Shifa hospital, the pediatric ward is still packed. Brothers Mohammed, Omar and Moussab Wahdan were all seriously burned and peppered with shrapnel when the house they were sheltering in was hit. Their mother was killed in the strike. Their relatives have decided not to tell them for now.

Five-year-old Moussab told CBS News he isn't afraid of the bombs, but he shares the vacant stare of so many children affected by the conflict.

Doctors say as soon as the children are stable, they will have to be cared for at home. But for many, there is no home to go to.

In the Israeli town of Hadera, five-year-old Ofek and his two little sisters have been away from their home for a month. Their parents Kobi and Shira Revivo fled from the Gaza border to northern Israel, trying to dodge Hamas rockets.

"I am refugee," Shira Revivo told CBS News. "I am completely a refugee."

Last week, a rocket fell in a playground not far from their home. But most Israeli border children have stopped playing outside. They play indoors, never far from bomb shelters.

"I can see my daughter, she's afraid from many things," Revivo said. "You understand this is a side effect of the situation she's in."

But Revivo realizes the situation is much worse in Gaza. Asked how she feels when she sees pictures of children on the other side of the border, she said, "Of course I'm sad but I don't want them to kill my children first."

Revivo said she has no intention of taking her children home, certainly not until they see if the ceasefire will hold.