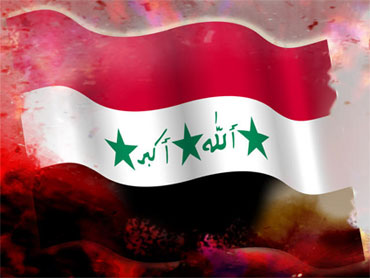 All is not well in Iraq as the United States formally closes down its combat mission there, Defense Secretary Robert Gates said Tuesday, warning that political paralysis and continued sectarian violence cloud that country's future.

Gates said conditions in Iraq are much better, however, as the United States shifts to an advisory role seven years after the U.S.-led invasion that toppled dictator Saddam Hussein.

"I am not saying all is, or necessarily will be, well in Iraq," Gates said, noting the lack of a new government more than six months after national elections, and continued sectarian tension.

"This is not a time for premature victory parades or self-congratulation, even as we reflect with pride on what our troops and their Iraqi partners have accomplished," Gates told an American Legion audience here.

Despite recent high-profile attacks, overall violence is at its lowest level since the beginning of the war in 2003, and the U.S. hasn't had to order an air strike in more than six months, Gates said.

Al Qaeda in Iraq, author of much of the worst violence, has been marginalized, the secretary added.

President Barack Obama will talk to the nation later Tuesday to mark the formal end of the U.S. combat mission in Iraq, a transition set out in an agreement with Iraq's elected government two years ago.

Fewer than 50,000 U.S. troops remain in Iraq, down from more than 165,000 at the height of the fighting. The remaining forces are not out of harm's way, but their primary role is supposed to be to help train and equip Iraqi forces over the next year. The shift is largely symbolic, since U.S. forces have done little front-line fighting in Iraq for months and spend large amounts of time on their bases.

Turning to Afghanistan, Gates compared rising U.S. casualties and intensified fighting there with Iraq during the early days of the rapid expansion of U.S. forces three years ago.

Gates acknowledged frustration at the lack of clear progress since Obama announced an expansion of the Afghan war last year. That expansion was smaller than the one former President George W. Bush had ordered for Iraq, but the goal is the same: to swamp enemy fighters in a few key places and hold them off in others, giving Afghan forces time to step up.

Gates and other U.S. officials have complained that evaluations of the war's progress this year did not account for the gradual pace of the troop additions, and that the full effect of the president's revamped strategy cannot be measured until all forces and resources were in place.

Gates said that doubters pooh-poohed the chances for success from the Iraq surge, just as skeptics now doubt the Afghan expansion. He said dividends from 30,000 additional forces in Afghanistan are only beginning to come in.

"Success there is not inevitable," Gates said. "But with the right strategy and the willingness to see it through, it is possible, and it is certainly worth the fight."