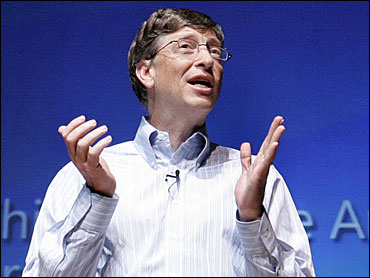 Malaria research accounts for about one-third of 1 percent of the total amount of money spent on medical research and development, even though it accounts for 3 percent of all the productive years of life lost to diseases, a new report has found.

The report, the first comprehensive analysis of malaria research funding, was released Sunday as the field's biggest private donor, the Bill & Melinda Gates Foundation, announced $258.3 million in new grants to accelerate the development of new drugs, a vaccine and better mosquito control methods.

"It's really a tragedy that the world has done so little to stop this disease that kills 2,000 African children every day," said Microsoft Corp. chief Bill Gates. "If those children were in rich countries, we would have headlines, we'd take action. We wouldn't rest until every child was protected."

Malaria causes an estimated 500 million bouts of illness a year, kills an African child every 30 seconds and costs an estimated $12 billion a year in lost gross domestic product.

"The report confirms what has been clear, and that is that the world isn't investing nearly enough in malaria R&D," Gates said.

By contrast, diabetes gets about 1.6 percent of the total money spent on medical research, while it accounts for 1.1 percent of all the productive years of life lost to disease. In other words, the disease burden to society is about one-third of that of malaria, but it gets nearly six times more money in research and development funding.

The latest Gates Foundation money will target three main areas. The largest chunk — $107.6 million — will be devoted to the most advanced experimental malaria vaccine and will cover the completion of testing in Africa and the licensing process, should the vaccine prove viable.

Even if the vaccine doesn't prevent infection, it could save many lives if it proves to lessen the severity of the disease.

A group working to accelerate the development of several promising new affordable and practical drugs, the Medicines for Malaria Venture, will get $100 million, the foundation said.

Projects include several combination pills that will cure malaria with a simpler course of just one pill a day for three days and a cherry-flavored pill for children that rapidly dissolves in water.

The rest of the money will go to a group of scientists trying to develop better pesticides and bed nets that don't need to be frequently dipped in chemicals to remain effective.