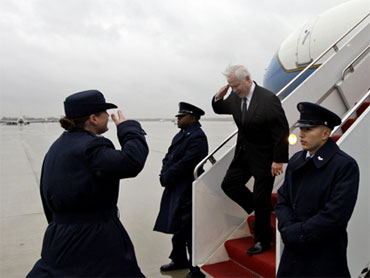 Defense Secretary Robert Gates has blocked the public release of any more pictures of foreign detainees abused by their U.S. captors, saying their release would endanger American soldiers.

The Obama administration filed a brief with the Supreme Court late Friday saying that Gates has invoked new powers blocking the release of the photos.

The American Civil Liberties Union had sued for the release of 21 color photographs showing prisoners in Afghanistan and Iraq being abused by Americans. Federal courts had rejected the government's arguments to block their release, so Congress gave Gates new powers to keep them private under a law signed by President Barack Obama last month.

Gates' order specifically cites the 21 pictures sought by the ACLU, plus 23 additional ones cited in a ruling by the U.S. Court of Appeals for the 2nd Circuit. However, Pentagon spokesman Bryan Whitman said the order covers all photographs from investigations related to the treatment of individuals captured or detained in military operations outside the United States between Sept. 11, 2001 and Jan. 22, 2009.

Gates' new powers were included in a budget bill for the Homeland Security Department.

The release of photos showing prisoners being abused by U.S. soldiers at the Abu Ghraib prison in Iraq sparked international outrage.

Jameel Jaffer, director of the ACLU National Security Project, said the group will continue to fight for the release of the photographs, arguing that Gates' order was overly broad.

"We think the photos are an important part of the historical record. They are critical to the ongoing national conversation about accountability for torture," Jaffer said. "It sets a bad precedent for the government to be suppressing information that relates to government misconduct."

Obama initially indicated he would not fight the release of the photographs, but he reversed course in May. The president said he was persuaded that disclosure could further incite violence in Afghanistan and Iraq and endanger U.S. troops there.

The photographs at issue were taken by service members in Iraq and Afghanistan and were part of criminal investigations of alleged abuse. Some pictures show "soldiers pointing pistols or rifles at the heads of hooded and handcuffed detainees," Solicitor General Elena Kagan said in an appeal to the high court.

In one, "a soldier holds a broom as if 'sticking its end into the rectum of a restrained detainee,"' Kagan said, quoting from an investigation report prepared by the Pentagon. Two investigations led to criminal charges and convictions, she said.