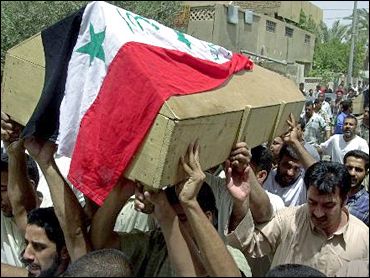 Arab media gave little credence Thursday to U.S. military claims that a devastating air strike near the border with Syria — in which more than 40 people were reported killed — targeted a safehouse for foreign fighters.

The newspapers instead cast the attack as another example of an American campaign against Arabs and universally backed Iraqi claims that a helicopter had attacked a wedding party.

The attack Wednesday happened about 2:45 a.m. in a desert region near the border with Syria and Jordan, according to Lt. Col. Ziyad al-Jbouri, deputy police chief of Ramadi, the provincial capital about 250 miles to the east. He said 42 to 45 people died, including 15 children and 10 women. Dr. Salah al-Ani, who works at a hospital in Ramadi, put the death toll at 45.

Al-Arabiya, a popular Arabic satellite station, quoted witnesses as saying 40 Iraqis were killed "in shelling that hit a wedding party."