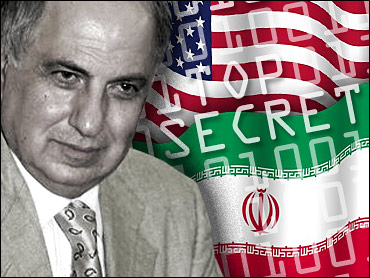 A small number of civilian Pentagon employees are being given lie detector tests in an effort to determine who told Iraqi leader Amhad Chalabi that the U.S. had broken secret codes used by Iran, according to the New York Times.

CBS News Correspondent Jim Stewart reports FBI counter-intelligence agents are focusing on the highest levels of the Pentagon in the probe. The code break was a closely held secret known only to small group of key officials.

Sources have told CBS News that Chalabi tipped Iran to the fact that the codes have been broken, saying he had gotten the information from an unidentified American.

Chalabi has denied passing any classified information to Iran, and his supporters assert that the CIA is trying to destroy the former exile.

In a bid to turn the tables on his accusers, Chalabi's U.S. lawyers have asked the Justice Department conduct an investigation into who gave the "false leaks" to the media.

Chalabi was once held in high enough esteem to sit behind first lady Laura Bush during the state of the union address. He is alleged to have met in Baghdad with a top Iranian agent and disclosed to him that the U.S. had cracked Iran's secret codes and was eavesdropping on all Iranian intelligence messages.

Chalabi told the Iranians he learned about the code intercepts from an American who was "drunk" when he told him. What followed was a frantic exchange of messages between the Baghdad Iranian agent and his headquarters in Tehran all of which were intercepted and decoded by U.S. agents back here.

That led to a raid last month on Chalabi's Baghdad headquarters and an end to his hopes of joining in the new leadership coalition in post-war Iraq.

Chalabi has always had a history of mixed reviews from U.S. officials. The CIA blames him for some of the bad intelligence about weapons of mass destruction in Iraq. However, the Pentagon has credited Chalabi with information that led to a quick victory over Saddam Hussein.

"We are getting some extremely valuable information from a whole range of Iraqi groups, including Mr. Chalabi's," said Deputy Secretary of Defense Paul Wolfowitz.

Chalabi is still active and visible on the scene in Iraq where he is a member of the Iraqi Governing Council.

Over the Memorial Day weekend, Chalabi was reportedly involved in negotiations to maintain a faltering ceasefire in the city of Kufa between U.S. military and radical Shiite cleric Muqtada al-Sadr.