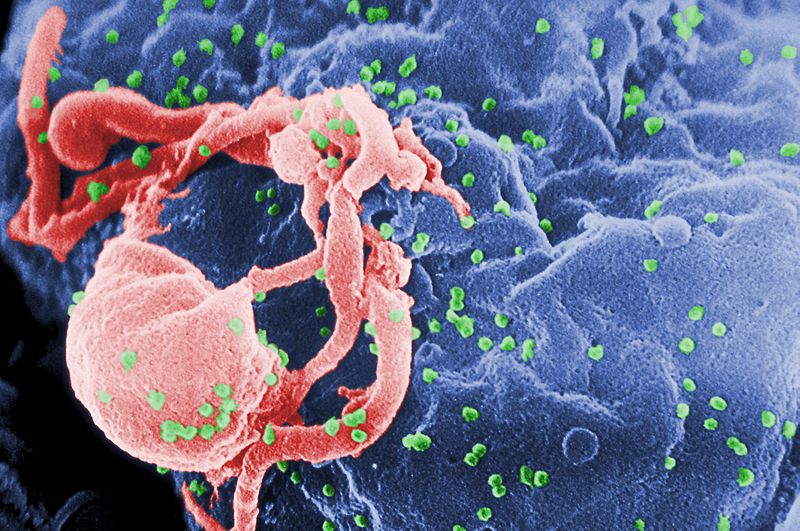 More evidence suggests a "functional cure" of HIV is possible if the disease is treated early.

A study of 14 patients who were treated with antiviral HIV medications within weeks of infection now have now have no disease activities years after stopping medication. The research comes weeks after news spread that a Mississippi baby who was born with HIV and received immediate treatment was now disease-free at two and a half years old.

The study's authors warn their findings may not be the norm for all patients with HIV, though they estimated up to 15 percent of patients may be able to keep the disease at bay without the help of medication, which means they are functionally cured.

"Given the difficulty of eradicating [HIV], a functional cure for HIV-infected patients appears to be a more reachable short-term goal," wrote the study's authors.

Published March 14 in the journal PLoS Pathogens, French researchers described the 14 cases who have controlled their HIV post-treatment. All 14 patients were diagnosed with the infection in the late 1990s or early 2000s, 12 of whom showed symptoms of the infection.

Many people who are HIV-positive do not show any symptoms of infections. However, anywhere from two weeks to three months after infection people may experience fever, chills, rash, night sweats, muscle aches, sore throat and fatigue -- described as "the worst flu ever," according to AIDS.gov.

All these patients were given standard combination antiretroviral therapy -- which typically can reduce risk for other infections and death, but cannot cure the infection -- for a median of three years. Most people with HIV/AIDS have to take these drugs for the rest of their lives. What may have made a difference for these patients is that all started the therapy within 10 weeks of infection.

The faster treatments were able to preserve the patients' immune system responses and protect against inflammation caused by the disease, in addition to reducing reservoirs of HIV elsewhere in the body. These reservoirs of dormant HIV often re-infect people once they stop taking medication.

Using estimates from a French hospital database, the researchers said 5 to 15 percent of patients who stop their antiviral therapy early may no longer need medication. The effects were seen a median of six years after stopping treatment.

"Most individuals who follow the same treatment will not control the infection, but there are a few of them who will," study author Dr Asier Saez-Cirion, an assistant professor in the regulation of retroviral infections unit at the Institute Pasteur in Paris, told the BBC. "They still have HIV, it is not eradication of HIV, it is a kind of remission of the infection," he said of the functionally cured patients.

Earlier in March, researchers reported disease-remission in a little girl who had been born to a mother who didn't know she was HIV-positive. Typically if a mom has HIV, she will undergo prenatal care and doctors will give low-dose medication in the hopes of preventing HIV transmission. However, since this mother had no prior care by the time she came to the emergency room in labor. Dr. Hannah Gay, a pediatric HIV specialist at the University of Mississippi, gave a stronger-than-usual treatment of three HIV drugs within 30 hours of her birth.

Dr. Anthony Fauci, the director of the National Institute of Allergy and Infectious Diseases, told CBS This Morning at the time, the treatment course serves as "an important proof of concept that if you treat early enough, you prevent the virus from establishing what we call a reservoir where it's very difficult to eliminate that after it's been established ... so they got a jump on virus." He added, "We're going to have to start looking at the relative risk versus the benefit of doing it this way."

Thirty-four million people live with HIV/AIDS throughout the world, with almost three-fourths of new HIV infections occurring in developing countries.

Saez-Cirion says the Miss. case along with his findings may lead to better treatment strategies.

"(This data) and the Mississippi study strongly support early treatment initiation and may hold important clues for the development of a strategy to cure HIV or at least induce a long-term control without the need of antiretroviral treatment," he told Reuters.

Dr. Myron Cohen, an HIV expert at University of North Carolina at Chapel Hill, told the AFP that the French study was "provocative."

"It provokes us to think. Who in the universe of people treated early can come off treatment? They showed us some clues, but it is a question that demands more science," he said.