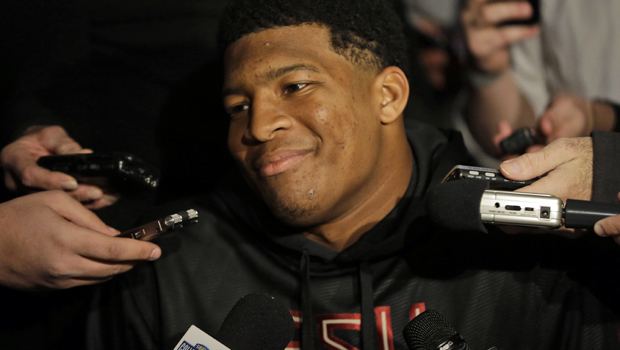 TALLAHASSEE, Fla. - Florida State University is under investigation by the U.S. Department of Education for possible violations of Title IX; a federal law which requires colleges and universities that receive federal funds to investigate sexual assault claims in a timely and impartial manner.

USA Today first reported the investigation by the Office for Civil Rights (OCR). It stems from a complaint filed by the accuser of the sexual assault case against quarterback Jameis Winston.

No charges were filed by State Attorney Willie Meggs against the Heisman trophy winner.

"Our client is particularly gratified by the OCR's decision to investigate and look for discrimination and find remedies to it," the accuser's lawyer Baine Kerr said, "because her primary goal, from the beginning, has been affecting change that will make women at Florida State safer on campus."

Winston was accused of sexual assault from an incident in Dec. 2012. However, in Dec. 2013 police

decided not to press charges. The OCR will investigate all sexual assault complaints at the university during the last three years.

The accuser received a letter from the university in February stating that it met with Winston on Jan. 23 to investigate possible Code of Conduct violations. Winston led the Seminoles to the national championship on Jan. 6.

"We can confirm that we have been notified of the OCR investigation; however, due to federal and state privacy laws the university cannot comment," university spokesman Browning Brooks said in a statement.

The OCR tells schools that, "Conduct may constitute unlawful sexual harassment under Title IX even if the police do not have sufficient evidence of a criminal violation. In addition, a criminal investigation into allegations of sexual violence does not relieve the school of its duty under Title IX to resolve complaints promptly and equitably."

It is unclear if the accuser will pursue a civil case against Winston or the university. Her family accused the Tallahassee police department of delaying the investigation and for discouraging her from going forward with the case because of the public attention it would receive. Tallahassee police have defended their handling of the case.

A civil case can still be filed after the OCR investigation.

The woman told police she had been drinking at a bar with friends before going home with a man she didn't know. She said the alleged assault took place at an off-campus apartment, but she couldn't remember where it was.

A month later, she identified her alleged attacker as Winston. Tim Jansen, Winston's attorney, said the sex was consensual.

Kerr, the attorney for the accuser, confirmed a Deadspin.com report that football players Chris Casher and Ronald Darby were recently charged with violations of the school's Code of Conduct. Both Casher and Darby told police they witnessed the sex between Winston and the accuser. Casher told police that he attempted to join, but was told to leave by the accuser.

Punishments under the code include expulsion from the school. Darby is a starting cornerback on the team.