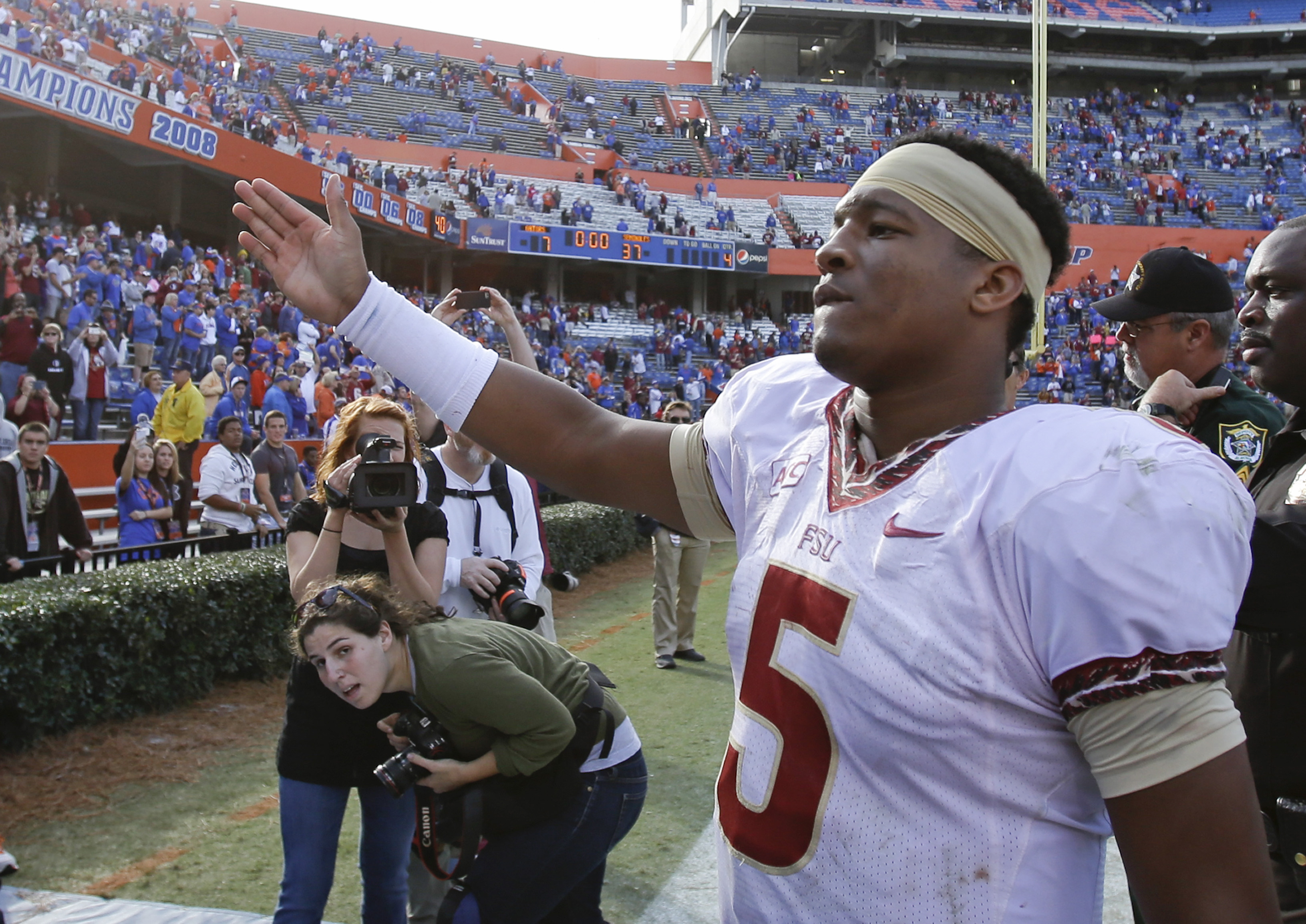 The attorney for the college student who accused Jameis Winston of raping her last December announced Friday that she was asking the Florida attorney general to conduct an independent review of what she called a “suspect” investigation into the case and the practices of the Tallahassee Police Department.

“I don’t have any faith in the nature of the investigation,” said attorney Patricia Carroll.

Blasting Det. Scott Angulo, the lead detective on the case, as well as State Attorney Willie Meggs, Carroll said that from the beginning to the end, the investigation was focused on the victim, not the suspect, the rising-star quarterback of the Florida State University football team.

On Dec. 5, Meggs announced he would not be filing charges against Winston in the case. Meggs said that, due to lack evidence and the accuser’s spotty memory of the evening, his office did not believe he could secure a conviction against the Heisman trophy front-runner. He then released an 84-page case file.

But according to Carroll, significant documents were omitted from the release. Of those, she focused on notes written by the nurse who examined the alleged victim hours after the incident, which Carroll said state that the woman had pain in her back and neck, numbness, fever, chills, vomiting and blood in her underwear. According to Carroll, the omitted paperwork also included the clinician’s opinion that the woman was the victim of a sexual assault.

Carroll said that she believed the impending announcement had an impact on Meggs' investigation.

"When Mr. Meggs said he would not conduct his investigation around a football schedule, but then finished it in 13 days...you have to draw your own conclusions," said Carroll.

Georgia Cappleman, the chief assistant state attorney, told CBS News' Crimesider that she doesn't believe the documents Carroll was referring to from the hospital were in the original packet obtained by Meggs' office, but also did not believe that those documents "would have impacted our investigation or decision."

Cappleman specifically refuted any insinuation that the office considered the upcoming Heisman trophy award when working the case: "We think our investigation was thorough."

The Tallahassee police have repeatedly refused to comment on Carroll's accusations about Det. Angulo's handling of the case, which she first made public last month. The department did not immediately return a call seeking comment on Friday. Attorney General Pam Bondi's office says they have not yet received a formal request from Carroll.

At the press conference, which lasted more than an hour, Carroll questioned multiple aspects of the investigation initially conducted by Det. Angulo. She said that the detective did not properly document his investigation, making no official notes about interviews and other work he'd done on the case until weeks afterward. She also accused him of spending more energy investigating the alleged victim than the man   she said raped her. Carroll pointed out that, instead of getting a search warrant for Winston’s phone records and DNA after the alleged victim identified him in Jan. 2013, Det. Angulo issued a search warrant for her phone records instead.

And despite allegedly telling Carroll that he would not ask Winston for a DNA sample because he didn’t want to alert him and risk the case going public, she said that Det. Angulo did, indeed, contact Winston – but didn’t get a sample.

Carroll said that even in March, when the Florida Department of Law Enforcement, which tested the victim’s clothing, blood and urine, told Det. Angulo to send a sample as soon as a suspect was identified, no sample was obtained until the case was turned over to the state attorney in Nov. 2013.

Carroll also said she is concerned that the urine tested in the case may not actually be the victim's. She said that although the victim’s blood and urine samples were taken on Dec. 7, 2012, they were not sent to be tested until 37 days later. She also said that she was not given answers about how the samples were stored or the chain of evidence during that time: “It was never verified that the urine tested was the victim's.”

And, although blood taken from the victim was tested for alcohol, Carroll said that it was never tested for a date-rape drug, which the accuser maintains she may have been given on the night in question.

“If victims are subjected on an ongoing basis to what this victim has been subjected to, that is a serious problem,” said Carroll.