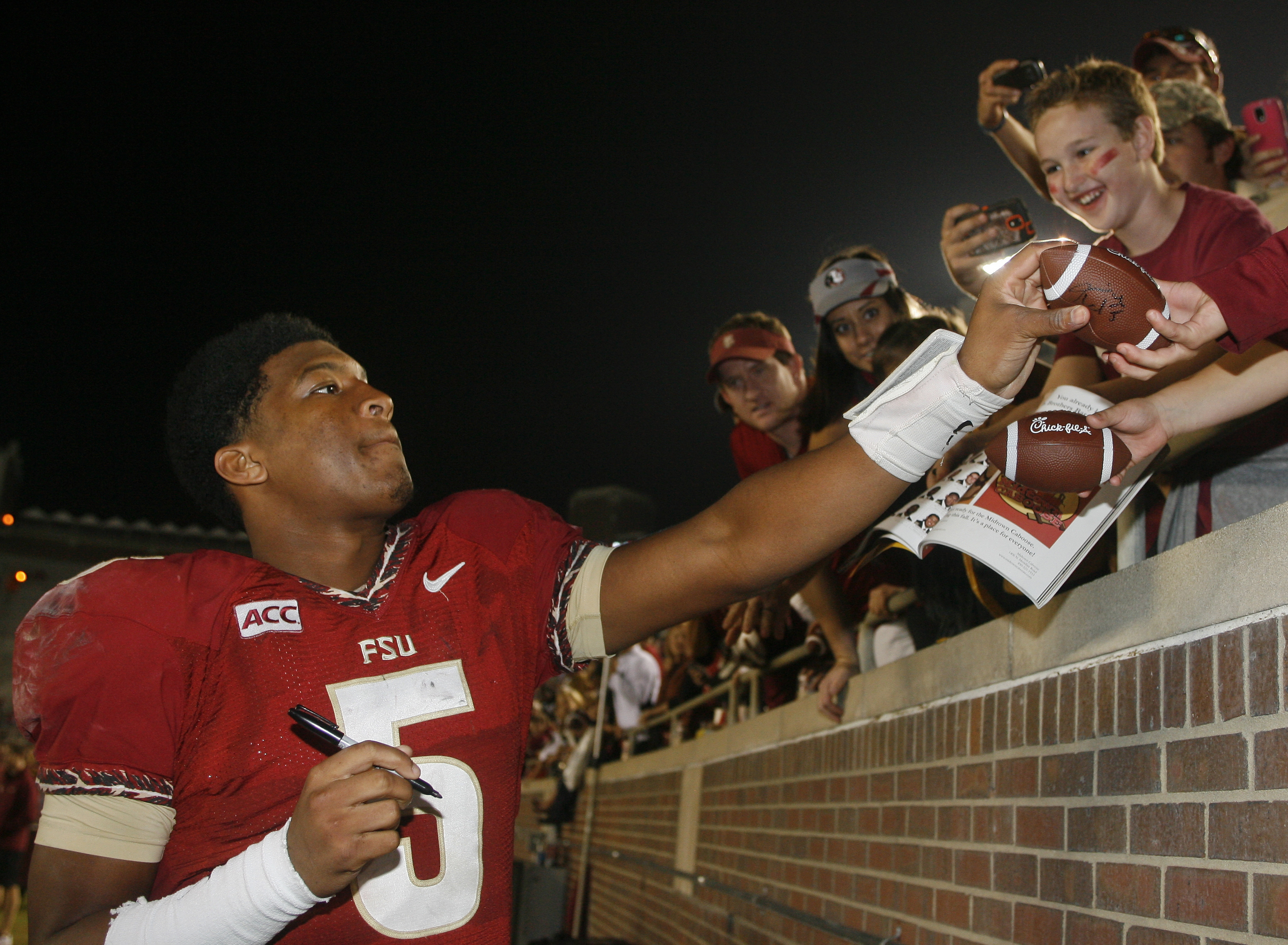 Documents from the investigation into the rape allegation against Florida State quarterback Jameis Winston reveal conflicting stories about the sexual interaction, and an 11-month lag between the initial report and when police interviewed witnesses.

Florida State’s Attorney Willie Meggs announced Thursday that his office would not be pressing charges against Winston for an alleged rape on December 7, 2012. Meggs cited a lack of evidence and the accuser’s memory problems regarding the night in question as reasons for his decision.

"Across the country prosecutors will tell you that these kinds of sexual assault cases are the most difficult cases they screen and prosecute, without a question," says Scott Burns, the executive director of the National District Attorney's Association.

"A prosecutor's burden is proof beyond a reasonable doubt," he told CBS News' Crimesider. "And many of these cases, even if there is physical evidence, are he-said she-said."

Judging by the 86-page case file Meggs released Thursday, the Winston case seems to fall into this category.

The alleged victim first went to Florida State Police on December 7, 2012, saying that she had been raped early that morning, but did not know the identity of her alleged attacker. Initially, according to the case file, she described the suspect as a black male with a "'short afro' that looked like it needed to be cut." Then, on January 10, 2013, she left a voicemail for the investigating detective saying that she believed her alleged attacker was Jameis Winston, and that he was in one of her classes.

On the initial incident report, the officer observes that the accuser “was very cooperative during the investigation.” Once she identified Winston, however, police notes indicate that, on the advice of her attorney, she was seeking counseling and deciding whether she wished to pursue a case “because Winston is a big name on campus and she is afraid of the consequences of pressing charges.”

On Wednesday, Winston was voted Atlantic Coast Conference player of the year. He is considered a front-runner for the Heisman trophy, college football's highest honor.

What happened in the investigation after the woman identified Winston as her alleged assailant is a matter of some dispute. In February 2013, Winston's attorney told police that his client would not consent to an interview, according to the case files. Around the same time, Tallahassee police say the case became "inactive."

In a news conference last month, interim Tallahassee Police Chief Tim Coe said that the accuser stopped cooperating and decided not to press charges. But, through her attorney, the woman and her family have vigorously denied this and accused the department of essentially abandoning the investigation until the media began asking about the case in November 2013.

On November 21, Winston's attorney, Tim Jansen indicated that the sex between his client and the accuser was consensual and said that Winston did "nothing wrong." Ronald Darby and Chris Casher, the two men with Winston on the night in question, gave statements that support this claim, but the statements were made long after the fact. Indeed, police say their accounts were initially "provided" to law enforcement by Jansen more than 11 months later.

The accuser and her family made much of this nearly year-long lag, pointing out that it "allowed [Winston] all of this time to prepare his defense and prepare his witnesses."

Meggs, whose office didn't receive the case until November 13, admitted the timing of the investigation was problematic: "Obviously it would have been better if it had been handled a little earlier," he said on Thursday.

The victim’s shorts and underwear were tested, as was her blood for alcohol and drugs. Drugs were not found, and her blood alcohol level was measured as .048, although Meggs said on Thursday that he could not be sure how long after the alleged incident that sample was taken.

Meggs told reporters that Winston’s DNA was found in the woman’s underwear, and another man’s on her shorts. Meggs said the woman said she had had sex with her boyfriend earlier on December 6 and that his DNA matched the sample found on her shorts.

According to her own hand-written account, and the accounts narrated by police who interviewed her, the accuser said she had “about 5” drinks with friends at a Potbelly’s restaurant late on the night of December 6. According to a Florida State University police officer’s report, the woman said that someone she didn’t know gave her a shot and that “she couldn’t remember what happen [sic] next.”

The woman wrote: “Next thing I know I was in the back of a taxi with a random guy that I have never met. There was another person in the taxi. We went to an apartment, I don’t know where it was. I kept telling him to stop but he took all my clothes off. He started having sex with me and then his roommate came in and told him to stop. He moved us to the bathroom ‘because the door locked’ and I’m not 100% sure how everything in there happened.”

Parts of the woman’s account match what Winston's friends Darby and Casher told police 10 months later, but parts are different.

After being interviewed on Nov. 13, 2013, Ronald Darby signed an affidavit stating that while at Potbelly’s on December 6, “I watched Jameis talking with a white female that had blonde hair. It appeared that the female was pursuing Jameis. In an effort to continue to hang out with Jameis she was trying to get her friend to go home with Chris Casher...the same blonde female followed us out of the club. This female did not appear intoxicated."

He continued: “When we returned to our apartment building, she followed Jameis into his apartment and into his bedroom…The door did not lock and did not close all the way because the lock was broken.”

Darby goes on to describe how Casher was peeking through the door at them having sex and “playing jokes on Jameis and trying to embarrass Jameis. Chris walked in Jameis’ room and the girl told Chris to get out. She then got up and turned off the light and shut the bedroom door. At no time did the girl ever indicate that she was not a willing participant.”

Casher’s account is similar to Darby’s. In his affidavit he states that “she came up to me and asked me if I played football. When I responded that I did play football she seemed more interested in me and gave me her telephone number…This same female wanted to leave with us in the cab and virtually invited herself.” He states that she did not appear intoxicated and “was not slurring or stumbling.”

Casher states that he witnessed the woman giving Winston oral sex and that “she was a more than willing participant.”

Casher also told police that at one point, he went into the bedroom “to try to have sex with her as well.”

According to the woman’s statement, after the alleged rape, Winston dressed her, put her on his scooter, and dropped her off at an intersection near her home.

In a statement released just after Meggs announced he would not be charging Winston, the accuser and her family wrote that "the victim has grave concerns that her experience, as it unfolded in the public eye and through social media, will discourage other victims of rape from coming forward and reporting."

According to USA Today, Winston released his first statement in the case on Thursday, saying "It's been difficult to stay silent through this process, but I never lost faith in the truth and in who I am."