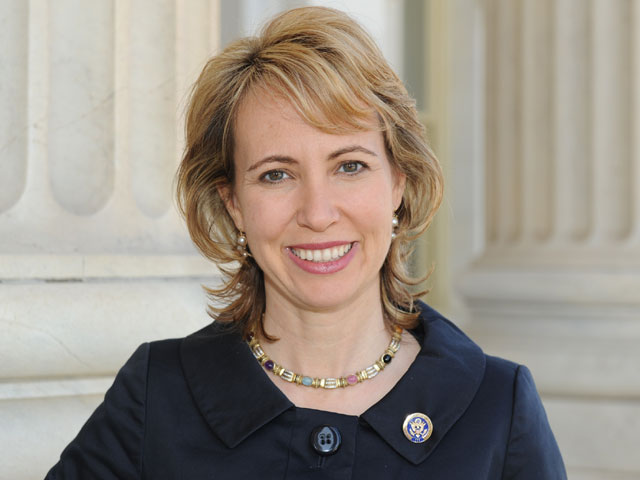 It may be small for most of us, but it's big news for friends and supporters of Gabrielle Giffords - the injured congresswoman looked up during breakfast Monday and asked for toast.

It is the latest development in a remarkably swift recovery for Giffords, who was shot in the brain at an event with constituents Jan. 8 in a shooting rampage that left six people dead and more than a dozen injured

Tucson: One Month After Shooting, the New Normal
Complete Coverage: The Tragedy in Tucson

"We were sitting and just talking with her while she was eating her breakfast and she was, you know, eating her oatmeal, hospital oatmeal, sort of playing with it and not really looking very enthusiastic," recalled Rep. Debbie Wasserman Schultz, D-Fla., a friend of Giffords who has been present for much of her recovery. "And she took a look at her tray and there was bread on the tray and she looked at it and looked up and just said 'toast.'"

Wasserman Schultz and others have been quick to clarify that it wasn't necessarily the first time Giffords had spoken since the accident - she has been in intensive speech therapy - but was nevertheless an encouraging development.

"It's just another example of the grit and will of Gabby Giffords," Wasserman Schultz said. "All of us who know her, work with her and love her are confident that while it is a marathon, and she's got a lot of work ahead of her, she's working so hard. ... And we just know she's going to walk back into the house chamber, you know, hopefully sooner rather than later."

"She's doing so well, it makes every day a little easier for us to see the improvements that she's making - and it's just very encouraging," Carusone said.

The last public update on Giffords' recovery was almost two weeks ago, when doctors said a breathing tube in Giffords throat prevented her from speaking. It's unclear whether the tube has been removed or if doctors have given her a speaking valve, reports CBS News correspondent Don Teague.

Either way, experts say speaking at all is a big deal.

"The fact that she's able to talk really tells us that a very complex, and perhaps the most complex function of the brain is starting to come back on line," Dr. Jonathan Fellus, a neurologist, told Teague.

As Giffords continues rehabilitation, authorities announced Wednesday they've finished their investigations into the shooting. Twenty-two year-old Jared Loughner has pleaded not guilty to three federal charges and will face many more.