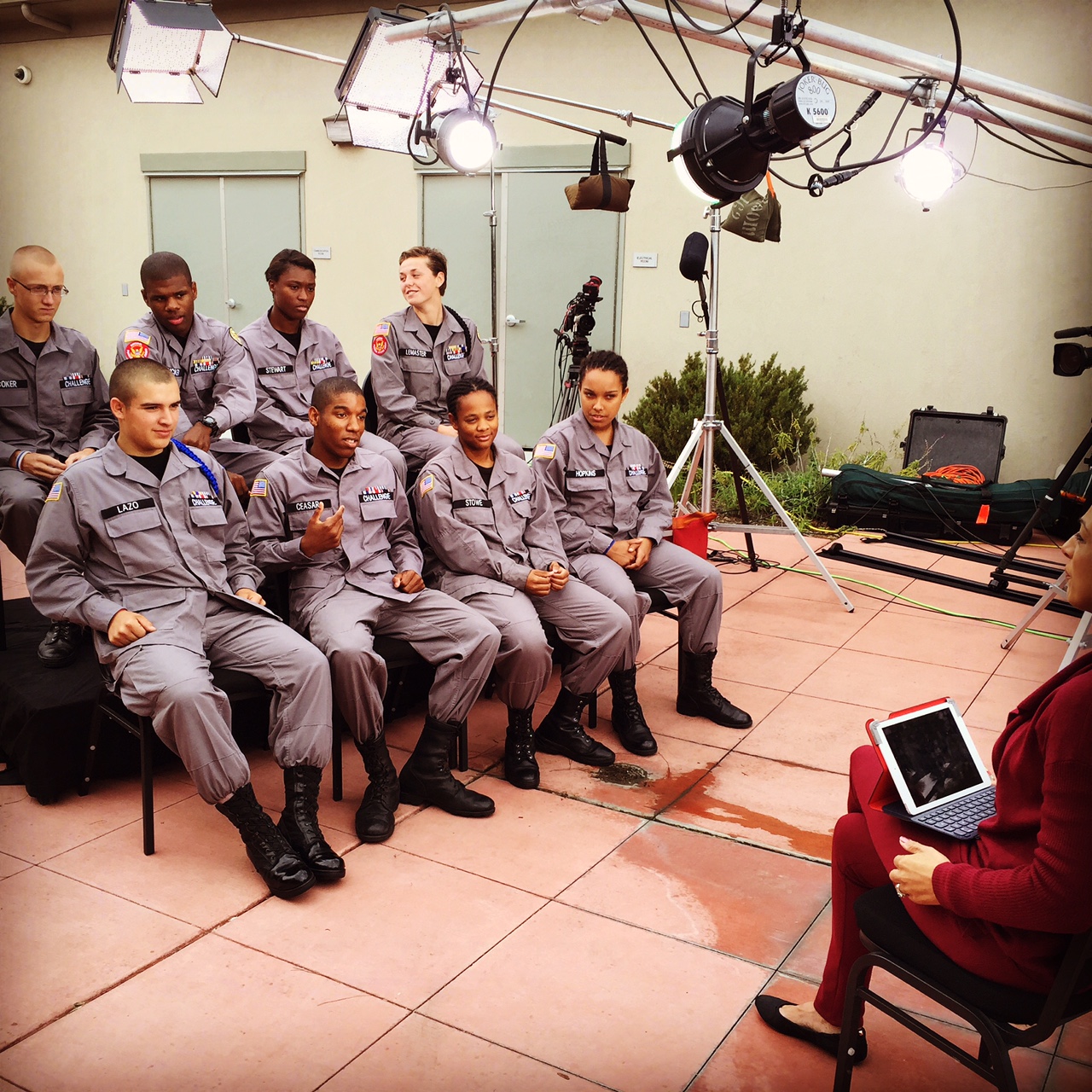 LOS ALAMITOS, Calif. -- For nearly six months, I've followed a group of high school dropouts who got a second chance through a program run by the National Guard in Los Angeles. When they walked into the first day at the Challenge Academy in July, these rebellious, unfocused dropouts got a wake-up call like none they'd ever had.

Over the past 153 days they've been torn down by discipline and built back up with praise.

We have followed all eight of these cadets through the academy. We saw Francisco Lazo and his mother's emotional goodbye on Intake Day. We saw Marissa Stowe go from lagging behind -- to becoming one of the top in her class. And during a home visit with Christa Hopkins, we discovered the source of her pain was rooted in the fear that she'll become like her mother, who she hasn't seen since 2007.

"How many of you expected you'd be changed people?" I asked.

"I just thought, hey my parents screwed me over, they didn't raise me right," Cadet Parker Coker said. "But it was totally my fault. I treated people like crap. I didn't think I would be changed, I didn't think I needed to."

"We didn't know exactly what we were getting into, and I think we all got so much more out of it than expected," added Cadet Angel Kay LeMaster.

As the cadets shared hugs and tears while lining up for graduation, in the stands, anxious parents were emotional too.

I asked the mother of Adjekai Stewart what she would like to say to her daughter.

"That I will always be there for her, no matter what," she told me. "That my life didn't begin until she came into this world."

Edward Tucker's mother, who's been in and out of his life since he was three wasn't there for Family Day, but she did make it to graduation, along with the grandmother who raised him.

"So proud of you," Tucker's grandmother told him.

Sergeant Timothy Edwards -- and all the sergeants who used tough love to help turn these lives around -- said their good-byes too, with one final salute.

Their changed lives are a testament to the Sunburst Motto: Dream. Believe. Achieve.

Before the cadets would leave, there was one last word of motivation.

It's been remarkable to see the transformation of these teens but it's not over yet. For the next 12 months they will have a mentor who helps guide them on their new journey.