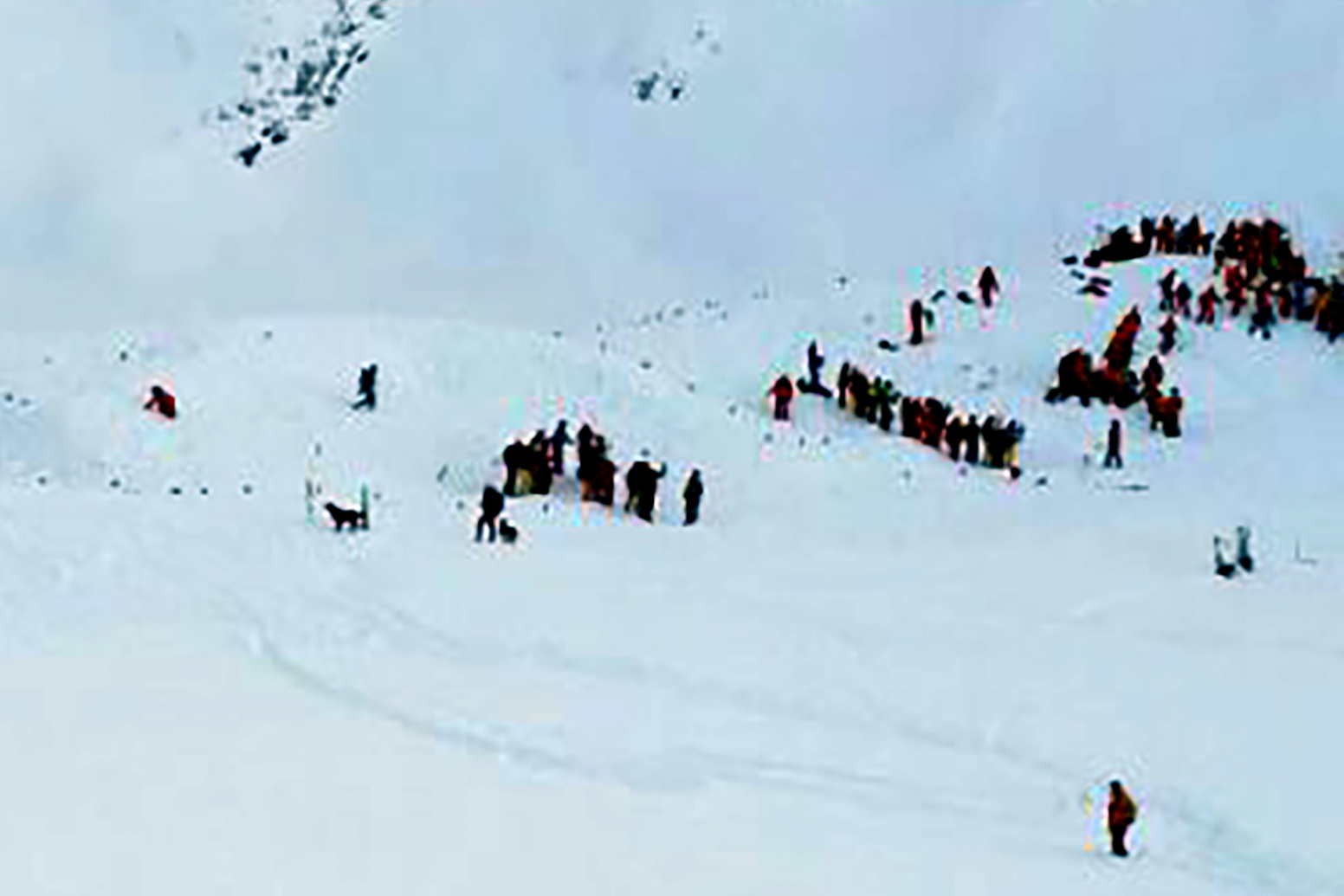 PARIS - An avalanche in the French Alps swept away a military unit training in the backcountry, killing five soldiers and injuring several others Monday, officials said.

The Savoie prefecture confirmed the deaths, and said 11 people out of a group of about 50 were struck by the avalanche. It said the soldiers were training off-piste in Valfrejus in the Savoie region.

Jean-Claude Raffin, mayor of Modane, the nearest town, said the soldiers were out for an all-day backcountry skiing session when the avalanche hit. The prefecture said six people were injured, two of them seriously.

The unit from the southeast of France was skiing at an altitude of around 6,500 feet when the avalanche struck around 2 p.m. Julien Aubert, a lawmaker from the Vaucluse region where the unit is based, told BFM television the unit was a mixture of veterans and new soldiers specialized in harsh conditions.

Julien Noel, director of the ski area, said the location where the avalanche hit is well-known for backcountry skiing and was not known as particularly dangerous. He said the slopes were closed after the avalanche Monday, for safety.

The deadly avalanche comes just days after a school group also skiing off-piste in the Alps was swept away, killing three people, including two students.

The avalanche risk has been high in the region, where fresh snow has fallen in recent days.

The deadly avalanche comes just days after a school group in the Alps was swept away, killing three people, including two students. Officials say the avalanche hit 10 students and a teacher from the Saint Exupery school in Lyon.

French authorities said that two high school students and a Ukrainian skier died in the accident, which took place on a ski trail that had been closed amid avalanche warnings.

In September, an avalanche in the French Alps swept seven climbers to their deaths on one of the region's most popular routes.