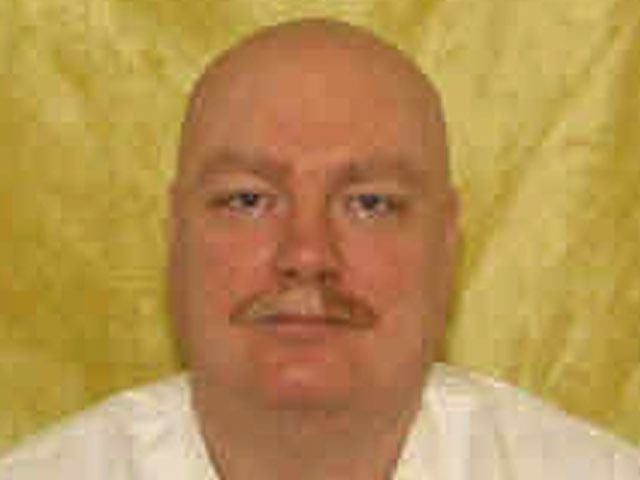 (CBS/AP) LUCASVILLE, Ohio - Frederick Treesh, a man who fatally shot an adult bookstore security guard in 1994 at the end of a multistate crime spree, was executed on Wednesday.

Treesh, 48, received a single powerful dose of pentobarbital and was pronounced dead at 10:37 a.m. by Donald Morgan, warden of the Southern Ohio Correctional Facility in Lucasville.

Treesh was sentenced to die for killing Henry Dupree in Eastlake, east of Cleveland, on Aug. 27, 1994.

In a last statement, Treesh apologized for the death of Dupree, but said he wouldn't say he was sorry to family members of a video store clerk killed in Michigan who were witnessing the execution.

After a few more comments he said, "If you want me murdered, just say it."

Treesh was the 50th inmate put to death by the state since it resumed executions in 1999.

Gov. John Kasich denied Treesh clemency last week, following the recommendation of the state parole board, which ruled unanimously last month that the evidence showed Dupree was seated when shot and hadn't shown any sign of being a threat to Treesh. The board also said Treesh's decision to shoot a clerk in the face as he left the store suggests Treesh's "murderous intent" when coming to the store.

Treesh and his co-defendant "gratuitously brutalized, humiliated and killed innocent people, most of whom, like Dupree, posed no real or perceived threat to them," the board said.

Prosecutors say Treesh and the co-defendant robbed banks and businesses, committed sexual assaults, stole cars, committed carjackings and shot someone to death in a Michigan robbery during a spree that also took them to Indiana, Iowa, Minnesota and Wisconsin.

Treesh's attorneys described him as a cocaine addict who was high during the robbery and is deeply sorry for what happened.

His lawyers also alleged Treesh's rights were violated during a prolonged interrogation as he was coming down from a drug high, which contributed to his death sentence. They also say Treesh suffers from health problems, including a seizure disorder, that raise concerns Ohio's lethal injection process would cause him suffering amounting to cruel and unusual punishment.

Prosecutors contend Treesh intentionally murdered Dupree and tried to kill others, including police officers in pursuit.

"Treesh has never taken responsibility for his actions," Lake County prosecutor Charles Coulson wrote. "Treesh still claims 'the cocaine made him do it.'"

Treesh declined to be interviewed by the parole board.

The parole board cited Treesh's refusal to be interviewed as evidence he has not grown or improved as a person in prison.

Treesh was never prosecuted for the crimes in the other states, according to the Ohio Attorney General's office.

Ohio's most recent execution was in November, when the state put to death Brett Hartman for the 1997 stabbing and dismemberment of an Akron woman.