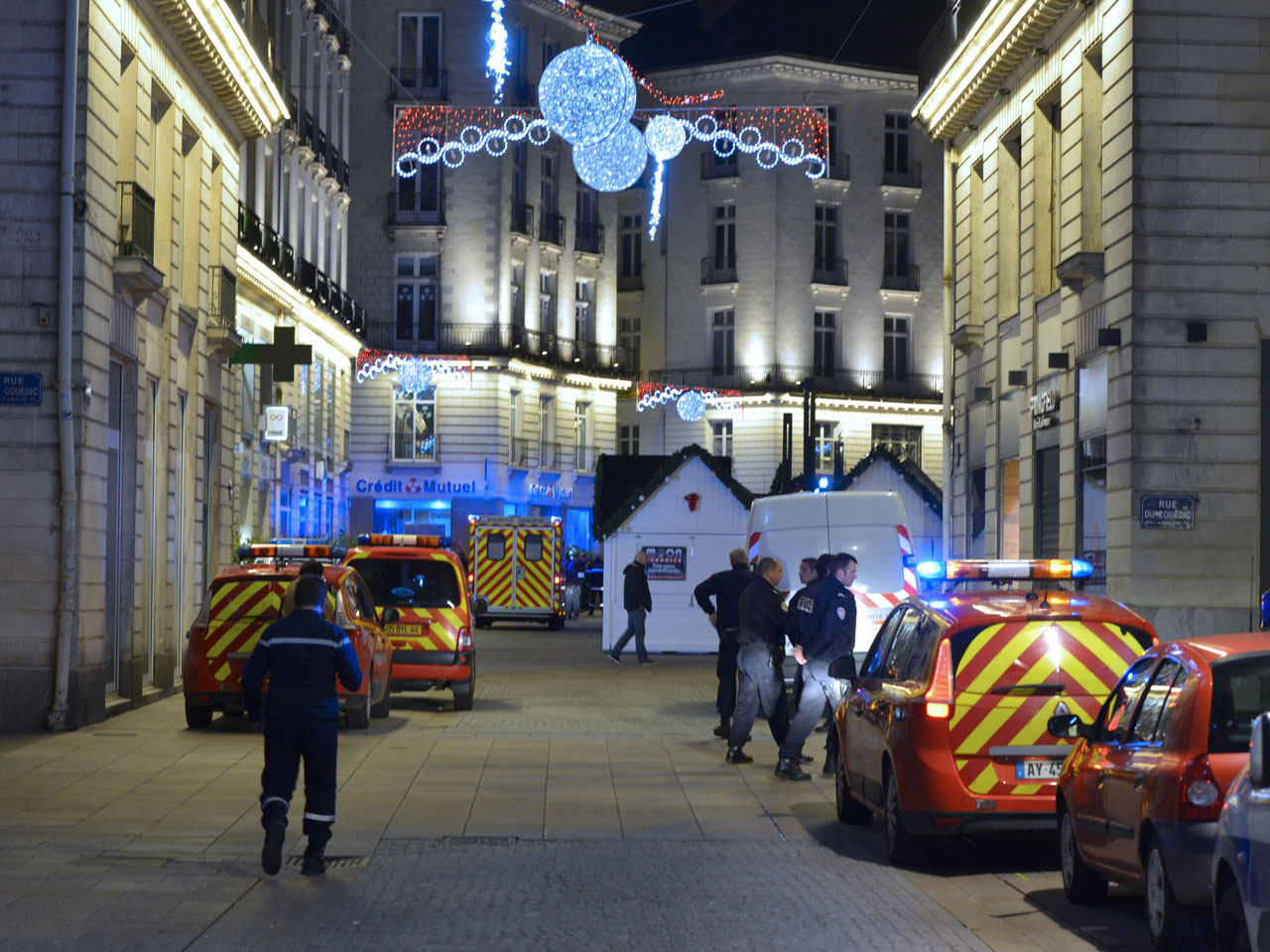 PARIS - France's top security official says the driver of a van that crashed into a Christmas market in western France on Monday stabbed himself several times after the incident.

French officials say 11 people were hurt, five seriously, after a van plowed into the crowd in the western city of Nantes.

An official for the Loire-Atlantique regional authorities, speaking on condition of anonymity because she was not authorized to speak publicly, said five of the victims were seriously injured, including the van's driver.

Video images on French television showed a white Peugeot van in the Christmas market, which was being held in the city's main square.

Reuters reports local were saying the driver shouted "Allahu Akbar," and then stabbed himself with a knife.

French officials called for vigilance but warned against jumping to conclusions Monday following the Christmas market van attack, as well as two other weekend attacks - one in which a driver ran down 13 bystanders, and another in which a recent convert to Islam knifed police officers.

The Islamic State of Iraq and Syria (ISIS) group and other terrorist organizations have repeatedly called for attacks against France, notably because of the French military's participation in U.S.-led airstrikes in Iraq. Some extremists have specifically suggested that anyone angry at the French government could use weapons easily at hand -- such as cars or knives -- to stage "lone wolf" attacks.

The driver in the first instance, who had a history of psychological problems, was arrested following the attack in the city Dijon in eastern France, while the assailant who stabbed the officers outside the city of Tours was shot to death by police. None of the victims died.

The prosecutor in Dijon said the driver behind the attack in that city has a long history of severe mental illness and no links to terrorism.

The man, who is 40, has admitted his role in the attack, said prosecutor Marie-Christine Tarrare. She said he had been hospitalized 157 times for psychiatric problems since 2001, most recently this fall.

She said the man, the French-born son of North African immigrants, acted alone and had no religious motivations, but rather was upset at the treatment of Chechen children.

He shouted 'God is great' to give himself courage to act, and not out of religious belief, Tarrare said.

Counter-terrorist police are investigating the attack Saturday on police in a suburb of Tours, which left two officers seriously injured and a third with light injuries.

Paris prosecutor Francois Molins said the attacker, who was killed by police, was a 20-year-old from Burundi named Bertrand. Police believe he'd been drawn to radical Islam several years ago by his 19-year-old brother Brice, who's been detained for questioning by police in Burundi, Molins said.