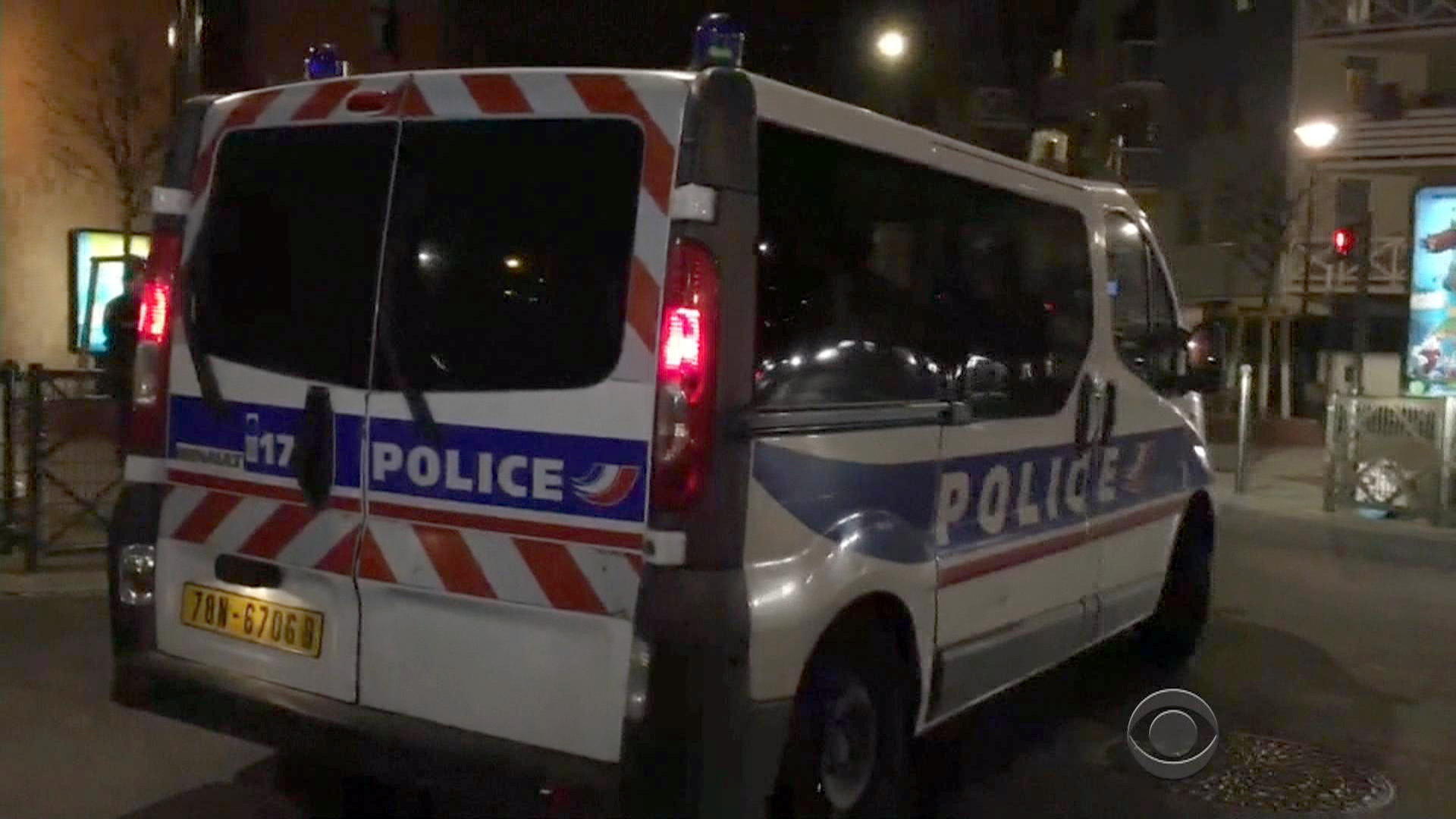 PARIS -- A Frenchman in the "advanced stages" of a plot to attack the country was arrested Thursday northwest of Paris and security forces locked down the area during a major search, France's interior minister said.

CBS News correspondent Elaine Cobbe reported the raid took place in Argenteuil, on the northern outskirts of the French capital.

Bernard Cazeneuve said there were no links "at this stage" between the plot and the attacks against Brussels this week or Paris in November.

Cazeneuve said bomb squads were on site. He noted that the person arrested was implicated at a "high level" in the plot, but offered no details.

Witnesses told France's i-Tele network that the immediate area had been locked down, and residents were unable to return home.

A 23-year-old resident of the neighborhood described seeing heavily masked and armed officers surround the entrance to an apartment building before entering and emerging with the suspect, his head covered in a scarf.

"Police told us to get out of the way, it's dangerous," the resident said, speaking on condition of anonymity because of the tense situation in the neighborhood.

"We are all shocked," he said. "We're asking us how this could have happened."

France has been on high alert since the Nov. 13 attacks in Paris that killed 130 people and injured hundreds. Cazenueve said there had been 75 arrests since the beginning of the year, and 28 suspects had been jailed.

European and U.S. security officials believe the Islamic State of Iraq and Syria (ISIS) has sent between three and four hundred trained jihadis back to Europe, and are concerned that are their attacks are becoming more sophisticated, CBS News correspondent Allen Pizzey reported.

The network of agile and semiautonomous cells shows the reach of the extremist group in Europe, even as it loses ground in Syria and Iraq.

Officials, including European and Iraqi intelligence officials and a French lawmaker who follows the jihadi networks, described camps in Syria, Iraq and possibly the former Soviet bloc where attackers are trained to attack the West.

Before being killed in a police raid, the ringleader of the Nov. 13 Paris attacks claimed to have entered Europe in a multinational group of 90 fighters, who scattered "more or less everywhere."