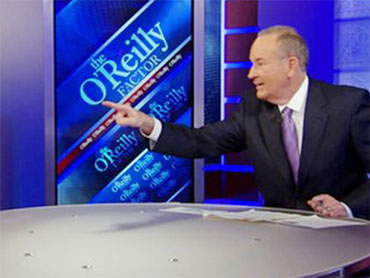 Fox News will air an ad from the liberal media watchdog Media Matters for America this evening spotlighting the conservative news organization's $1 million donation to the Republican Governor's Association.

The ad, at left, went through three rounds of changes before Fox News agreed to air it, according to Politico. Among the changes were to a section in the script claiming that the ad is offering information that "Fox News' prime-time hosts refuse to tell you." That line was changed to say the ad was telling viewers about "a story that's not yet been covered on Fox News primetime."

The spot features an American flag and the sort of music one might expect in a Ken Burns documentary. In it, a narrator quotes Jack Horner, an executive at Fox News parent company News Corp., saying that the Republican Governor's Association's "pro-business agenda supports our priorities."

"And that's why News Corporation has donated $1 million to oppose Democratic candidates this November," the narrator says.

The Washington Post reports that Media Matters is only paying for the ad to run once - during Bill O'Reilly's show this evening. (Doing so will reportedly set them back $35,000.) But the reach of the ad has been greater than just one 30-second slot because of news coverage of Media Matters' efforts to air it.

"Fox's initial refusal to air the spot earned it far more exposure than it otherwise would have received," notes the Post's Greg Sargent.