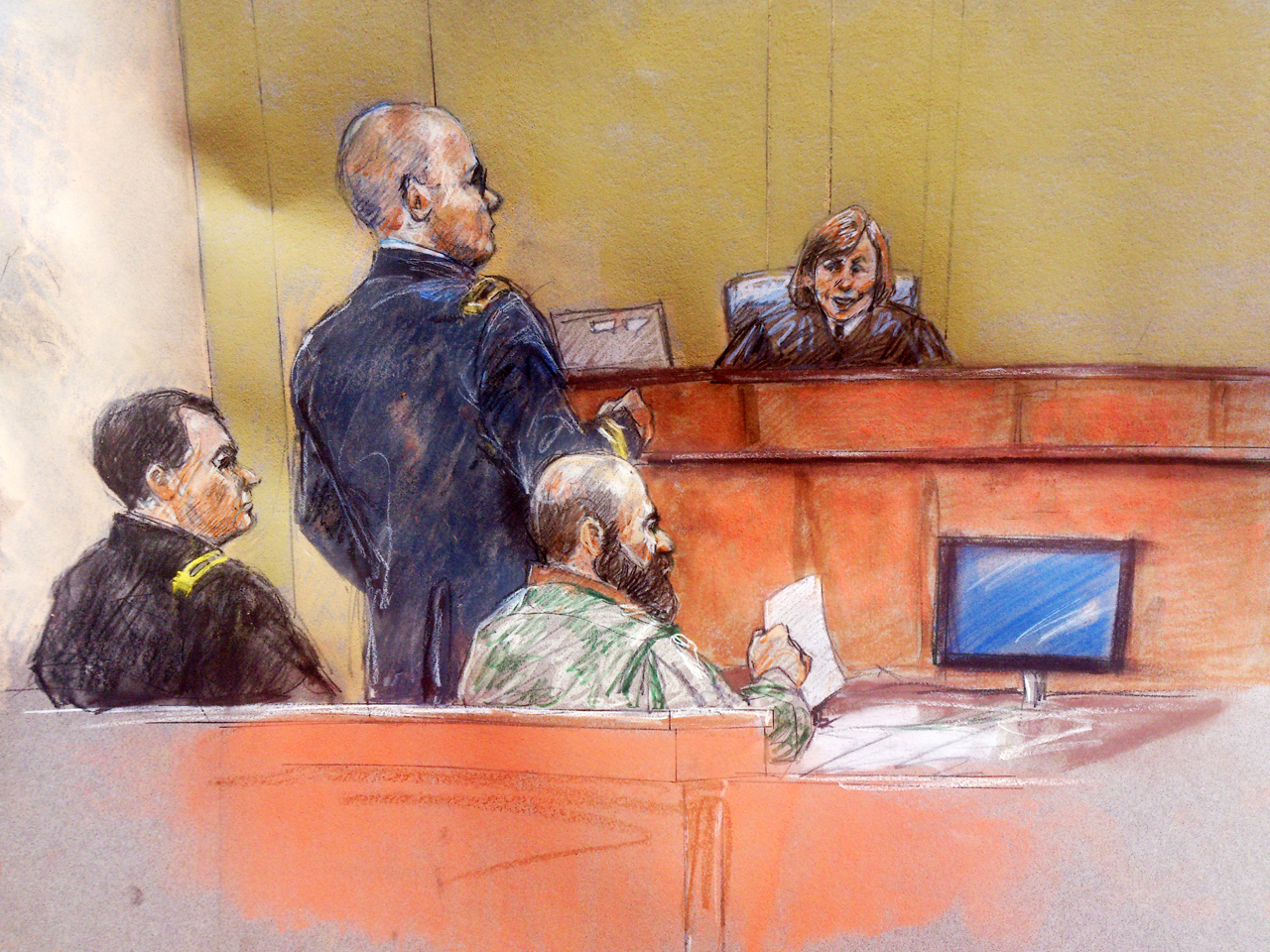 FORT HOOD, Texas The Army psychiatrist on trial for the 2009 shooting rampage at Fort Hood told mental health experts after the attack that he "would still be a martyr" if convicted and executed by the government, according to a newspaper report Tuesday.

Those remarks by Maj. Nidal Hasan in 2010 are being made public at a time when his standby attorneys in his military trial, which continued Tuesday, are insisting that he wants jurors to sentence him to death.

Hasan told a panel of military mental health experts that he wished he had been killed in the attack, because it would have meant God had chosen him for martyrdom, according to documents obtained by The New York Times. The documents were part of a report that concluded Hasan was fit to stand trial.

Hasan was left paralyzed from the waist down after Fort Hood police officers ended the rampage by shooting him in the back.

"I'm paraplegic and could be in jail for the rest of my life," Hasan told a panel of military mental health experts, according to the documents. "However, if I died by lethal injection, I would still be a martyr."

The documents were released to the newspaper by John Galligan, Hasan's former civilian defense attorney. Galligan did not immediately return phone messages Tuesday.

Hasan, 42, is acting as his own attorney during the trial that began a week ago at Fort Hood.

But he has sat mostly silent as dozens of soldiers testified, many of them about being shot by Hasan's laser-sighted handgun. Others who escaped injury described in graphic detail how the terror unfolded on Nov. 5, 2009, inside a crowded building where soldiers were getting medical clearance for deployment.

His opening statement lasted last less than two minutes and he has raised few objections. That led his court-ordered standby attorneys to tell the judge overseeing the trial, Col. Tara Osborn, that they believe Hasan is deliberately mounting a defenseless strategyin hopes of being found guilty and receiving a death sentence.

Hasan has called those accusations a "twist of the facts." Nonetheless, Hasan is allowing his defense attorney to ask the Army Court of Criminal Appeals to either let them take over Hasan's case or further minimize their advisory roles.

Hasan's statements were contained in a 49-page report of a military panel known as a sanity board, according to the New York Times. That board concluded Hasan was fit to stand trial.

Galligan said Army prosecutors were given a summary of the report but had not seen these newly released pages, according to the newspaper. Galligan has previously released other documents at Hasan's request to Fox News.

Hasan told the panel he denied having remorse. He justified his actions by saying that the soldiers he killed were "going against the Islamic Empire," according to the Times.

"I don't think what I did was wrong because it was for the greater cause of helping my Muslim brothers," Hasan told the panel.

More than 60 witnesses have testified so far, and Hasan's decision not to cross-examine witnesses is expected to hasten the end of a trail that was originally expected to last at least a month.