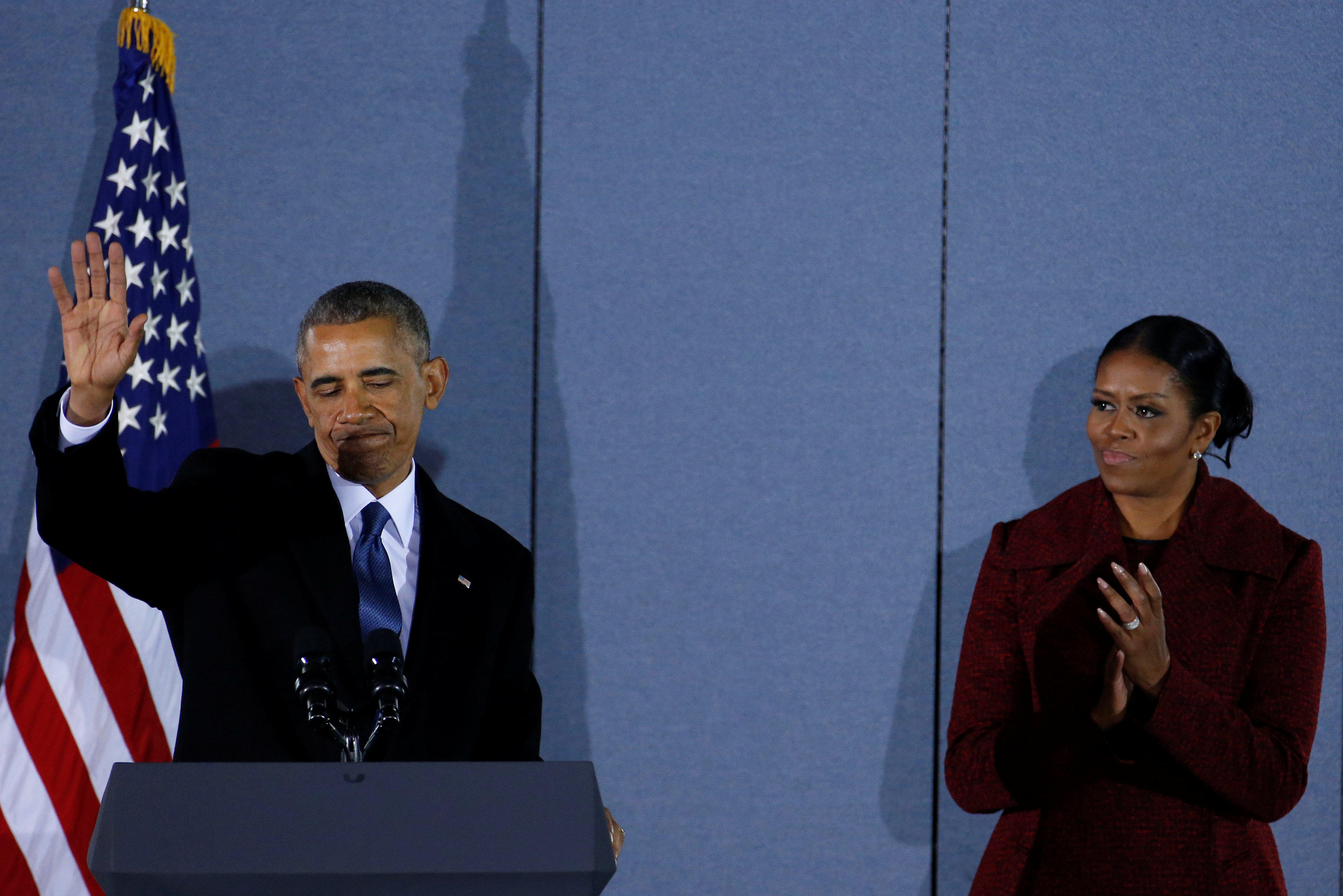 Following the swearing in of his successor, former President Barack Obama delivered a brief speech to staffers at Andrews Air Force Base as he and his family prepared to depart Washington.

“This has been the privilege of my life, and I know I speak for Michelle as well,” Obama said, with former First Lady Michelle Obama by his side. “We look forward to continuing this journey with all of you -- and I can’t wait to see what you do next, and I promise you I’ll be right there with you.”

Obama spoke for less than 10 minutes, joking that he had already had quite a few “farewell” moments in recent days. “Michelle and I, we’ve really been milking this goodbye thing,” he quipped. “So it behooves me to be very brief.”

The Obamas will fly to Palm Springs, Calif., for vacation before returning to D.C. to reside in their new Kalorama home.

“I’ve said before, and I will say again, that when we started on this journey we did so with an abiding faith in the American people,” he said, “And their ability -- our ability -- to join together and change the country in ways that would make life better for our kids and grandkids.”

Obama said everything he’s done in his eight years in the White House was because of the people who worked for him and believed in him -- and that he was just a “frontman” for their hard work.

“Throughout this process Michelle and I, we’ve just been your frontmen and women,” he said. “We have been the face, sometimes the voice, out front on the TV screen or in front of the microphone but this has never been about us. It has always been about you.”

Just like the military is only strong because of the people who serve in it, Obama said, American democracy will remain strong because there are still people in it who care about making the country better.

He said he “could not be prouder” of the work his team has done -- and that their work “doesn’t end” with Mr. Trump’s inauguration.

“This is just a little pit stop. This is a -- this is not a period, this is a comma in the continuing story of building America,” he said.

Obama concluded with the lines that were the slogan of his presidential campaign: “Yes we did. Yes we can.”