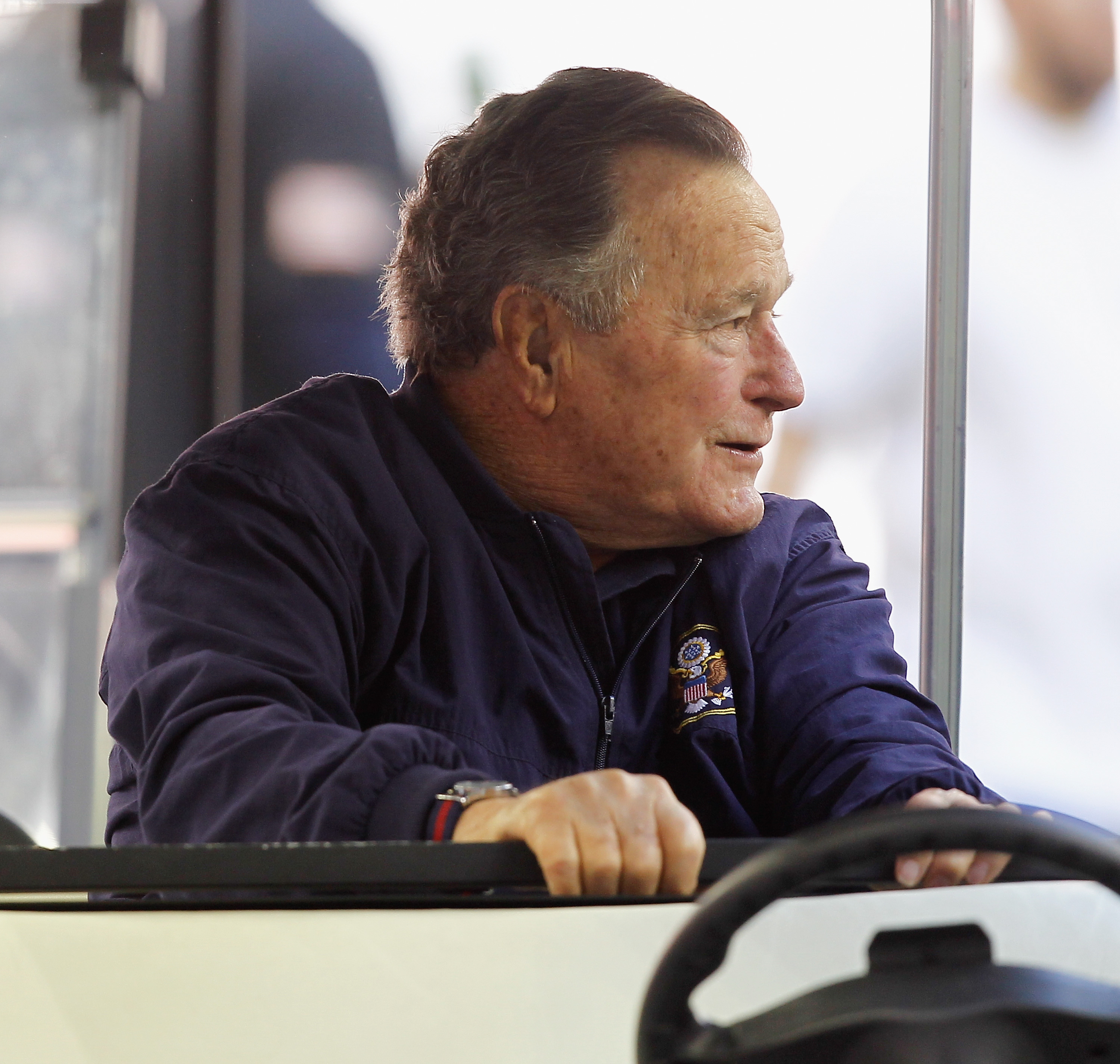 Former President George H.W. Bush broke a vertebrae in his neck when he fell at his home in Kennebunkport, Maine, a spokesperson tweeted Wednesday night.

Jim McGrath said the 91-year-old was in stable condition and "fine," but would need to wear a neck brace.

CBS affiliate WGME reported that the former president was being treated at Maine Medical Center in Portland.

A spokesman for the hospital told CBS News that Mr. Bush was brought there by ambulance Wednesday afternoon and would spend the night. He was conscious and accompanied by family members, according to the hospital.

Last December, Mr. Bush was hospitalized for several days after experiencing shortness of breath. After being released from a Houston hospital, he said he was "grateful to the doctors and nurses for their superb care."

He spent Christmas 2012 in intensive care at the same Houston hospital while being treated for a bronchitis-related cough and other issues. He was discharged in January 2013 after a nearly two-month stay.

Mr. Bush is the oldest living former U.S. president. He served two terms as Ronald Reagan's vice president before being elected the nation's 41st president in 1988.

After one term highlighted by the success of the 1991 Gulf War in Kuwait, he lost to Democrat Bill Clinton amid voters' concerns about the economy.

Mr. Bush, the father of former President George W. Bush, was a naval aviator in World War II and was shot down over the Pacific.

He has skydived on at least three of his birthdays since leaving the White House. He celebrated his 90th birthday by making a tandem parachute jump near his summer home in Kennebunkport. During the winter, he and his wife, Barbara Bush, live in Houston.

Also a former U.S. ambassador to China and CIA director, the former president has a form of Parkinson's disease that has forced him in recent years to use a motorized scooter or wheelchair for mobility.