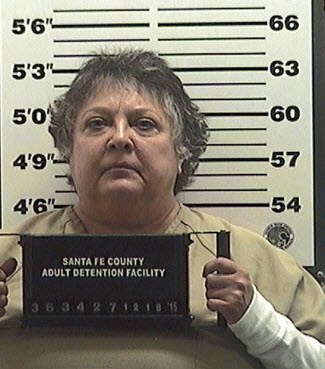 SANTA FE -- Former New Mexico Secretary of State Dianna Duran has checked into a county jail to serve a 30-day sentence as partial punishment for siphoning money from her election account to fuel a gambling addiction.

The 60-year-old from Tularosa resigned from office in October, and she pleaded guilty to felony counts of embezzlement and money laundering. The transgressions have led to calls for a major overhaul of state campaign finance and ethics laws.

For violating the laws she was expected to uphold, Duran also must hand-deliver letters of apology to political donors and talk to school children and civic groups regularly for three years.

Struggling to keep up with household bills and debts to casinos, Duran misappropriated about $13,800 in campaign funds, her attorney said.

Undisclosed personal hardships contributed to the growing gambling disorder, Johnson said. A mental health assessment was submitted to the court and kept under seal.

Under the proposed sentence, Duran must return those campaign donations and pay a $14,000 fine. After jail, she will wear a GPS tracking device for at least two years to ensure she stays away from casinos.

Duran also must perform thousands of hours of community service and make 144 appearances before schools and civic groups across the state over the next three years to discuss her transgressions.

The sentence was designed, in the judge's words, to go beyond simple punishment or mercy and provide personal rehabilitation and restore public faith in officials holding office.

A Republican city councilor from Albuquerque was sworn in Tuesday to succeed Duran as secretary of state.

Brad Winter, a councilor since 1999 and a longtime public school administrator, said he would guide the agency through the November general election, when a new secretary of state will be chosen and take office in January 2017.