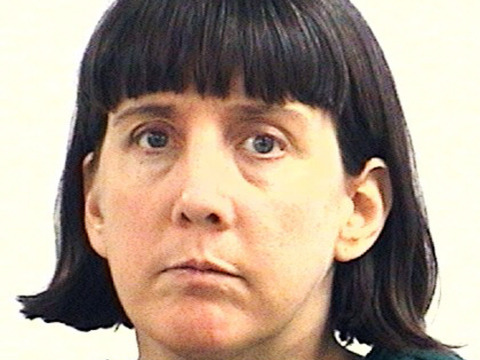 HUNTSVILLE, Ala. -- A former professor who killed three colleagues and wounded three more at the University of Alabama at Huntsville is apologizing.

Amy Bishop Anderson says she is "terribly sorry" for her victims and her own family in a hand-written court document filed earlier this month.

WAFF-TV reports the one-time educator included her first apology in her latest court filing challenging her conviction in the 2010 shooting.

Bishop Anderson pleaded guilty in 2012 to opening fire during a faculty meeting and shooting six colleagues in a conference room at UAH.

Professor Debra Moriarty testified in 2012 about how a routine Friday afternoon faculty meeting turned into a scene of carnage with no warning.

Moriarty testified that Bishop Anderson sat unusually silent during a nearly hourlong faculty meeting in February 2010, during which discussions ran from a spring open house to plans for the following fall. People were seated around a crowded conference table in a small room on a chilly, overcast day, she said.

Moriarity said she glanced down at a piece of paper on the table. "And there was a loud bang," she said.

Moriarity said she dove under the table for safety and tried to grab Bishop's legs, but the woman stepped out of her grasp. "I was saying, 'Stop Amy, stop. Don't do this. I've helped you before, I'll help you again."'

Moriarity said Bishop Anderson pointed the gun at her and pulled the trigger, but nothing happened. She said Bishop continued trying to shoot her in a hall outside but the gun had jammed.

Moriarity said she stepped back into the room alone, slammed the door and saw colleagues bleeding and dying all around her. She described a coworker using napkins to try to stop bleeding from the head of Joseph Leahy, who survived and was in the courtroom during the 2012 testimony.

The biologist waived her right to appeal with the guilty plea, but she has been challenging the conviction ever since. CBS News reported at the time that the Harvard-educated biologist avoided a death sentence by pleading guilty.

She also shot and killed her 18-year-old brother in their Massachusetts home in 1986 but claimed it was an accident. Seth Bishop's death had been ruled an accident after Bishop Anderson told investigators she shot him in the family's Braintree home as she tried to unload her father's gun.

In 1993, Bishop Anderson and her husband, James Anderson, were questioned after a package of pipe bombs was mailed to a colleague of Bishop Anderson's who pushed her out of Boston Children's Hospital. The bomb package, which included 9-volt batteries, two pipe bombs with black powder and two roller lever switches, never exploded and no one was hurt.