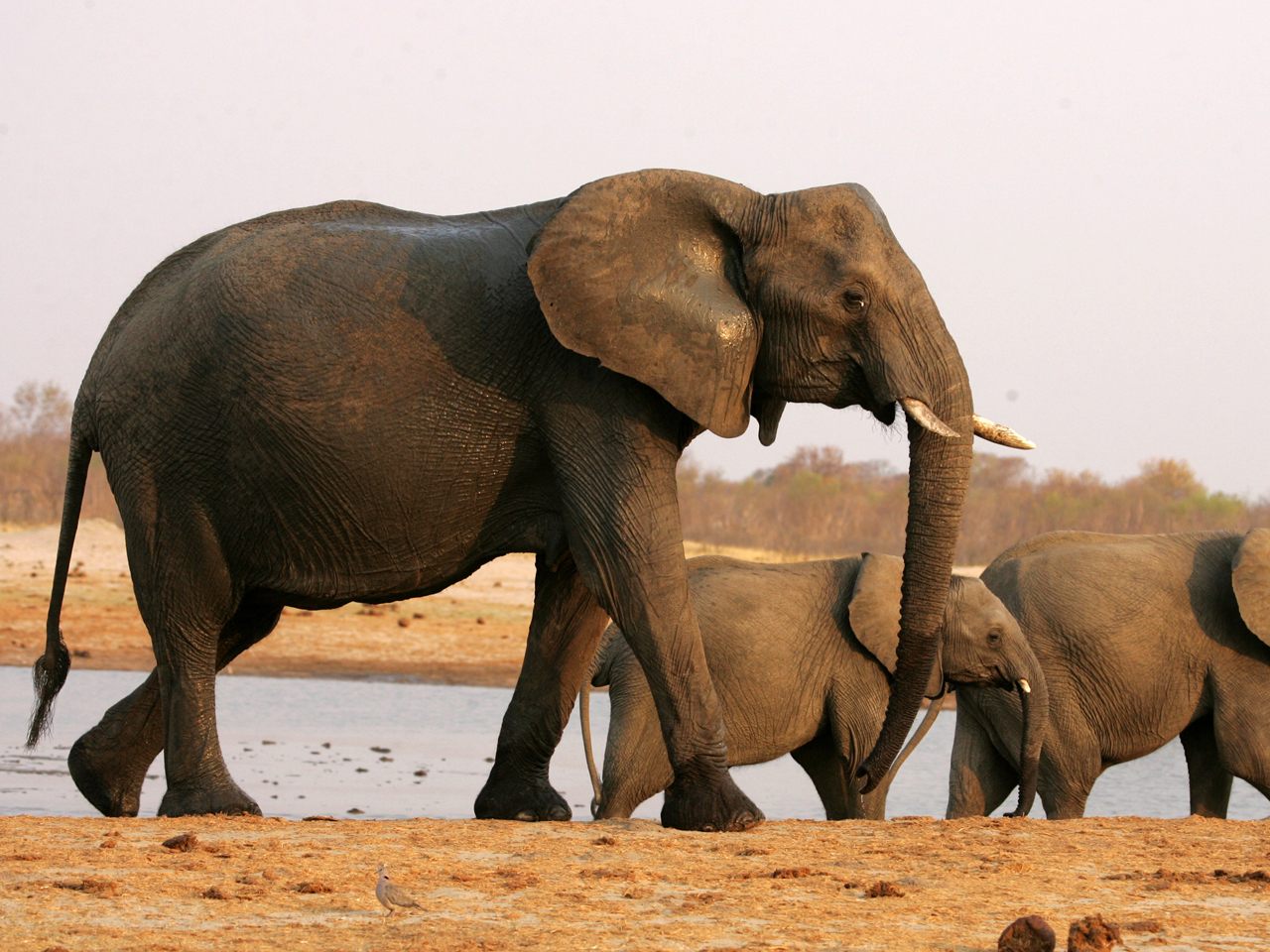 JOHANNESBURG, South Africa Over and over again, the baby elephant scrapes its skin against the metal bars of a zoo in northern China, appearing agitated and distressed.

Not long ago this elephant lived with its family herd in the wilds of Hwange National Park, the largest reserve in Zimbabwe. Then it was caught, and along with three other young elephants, flown halfway around the world.

At Taiyuan Zoo, where Chinese animal lovers filmed the plight of the little lone elephant behind bars, another that came from Zimbabwe died soon after its long and difficult journey. The elephants arrived in late November, during a winter of record cold temperatures.

Now animal rights groups in Zimbabwe are fighting to stop more of their country's baby elephants from being taken from the wild and sold to zoos in China, which pay handsomely for these animals from Zimbabwe's cash-strapped national parks.

China and Zimbabwe have close political and economic ties, with trade between them reaching more than $800 million last year. There is no shortage of elephants in southern Africa and there is demand in China, but animal rights groups argue it's inhumane to take young animals from the wild and send them on difficult journeys to overseas zoos where they are kept -- often in dire conditions.

Dave Neale, director of animal welfare for the Animals Asia Foundation, said that trade in wild elephants caught and sold by Zimbabwe to China is legal under CITES, the international authority that regulates trade in wildlife.

But it is "far from ethical," he said.

Elephant calves form close bonds with their mothers and other female relatives, Neale explained, and removing a young elephant from its herd in the wild to captivity is devastating. Many of the calves die, he added.

"From a moral standpoint, removing a highly intelligent, social animal from its family group and wild habitat to be shipped to another country and placed inside a concrete cell cannot be justified," Neale said. "This trade in wild-caught elephants is morally repugnant and should stop immediately."

After news of the young African elephant's death at Taiyuan Zoo, five other 3- and 4-year-old elephants slated to be sent to China were returned to the wild following weeks of pressure from the Zimbabwe National SPCA. While animal lovers cheered this success, by that point it was impossible for the young elephants' family herds to be located.

And while that shipment was stopped, animal rights groups say there are reports of four more baby elephants soon to be exported to China.

Johnny Rodrigues, chairman of the Zimbabwe Conservation Task Force, has been working to draw attention to the situation, and fears this won't be the end. He said that Chinese zoos have paid for a total of eight elephants, and when public attention lessens, the rest of the order will be shipped.

"When everybody cools down, these animals are going to go," Rodrigues said.

He said that Zimbabwe's national parks badly need the money -- they have been unable to pay the wages of employees the past few months.

Caroline Washaya-Moyo, spokeswoman for the Zimbabwe Parks and Wildlife Management Authority, the government agency that runs the country's national parks, couldn't be reached by phone despite repeated attempts, and didn't respond to emails requesting an interview.

"It's unacceptable that a baby elephant is taken from its mother and sent to a foreign country with substandard conditions," he said.

Lanca said the Zimbabwe National SPCA, which is barely surviving on limited private donor funding, has too few resources to help monitor the exports of elephants. His organization only has two animal welfare inspectors for the entire country, and their last truck capable of making out-of-town trips recently broke down.

"If another export happens, we can't assist because I don't have the means to intervene," he said. "It's dire."