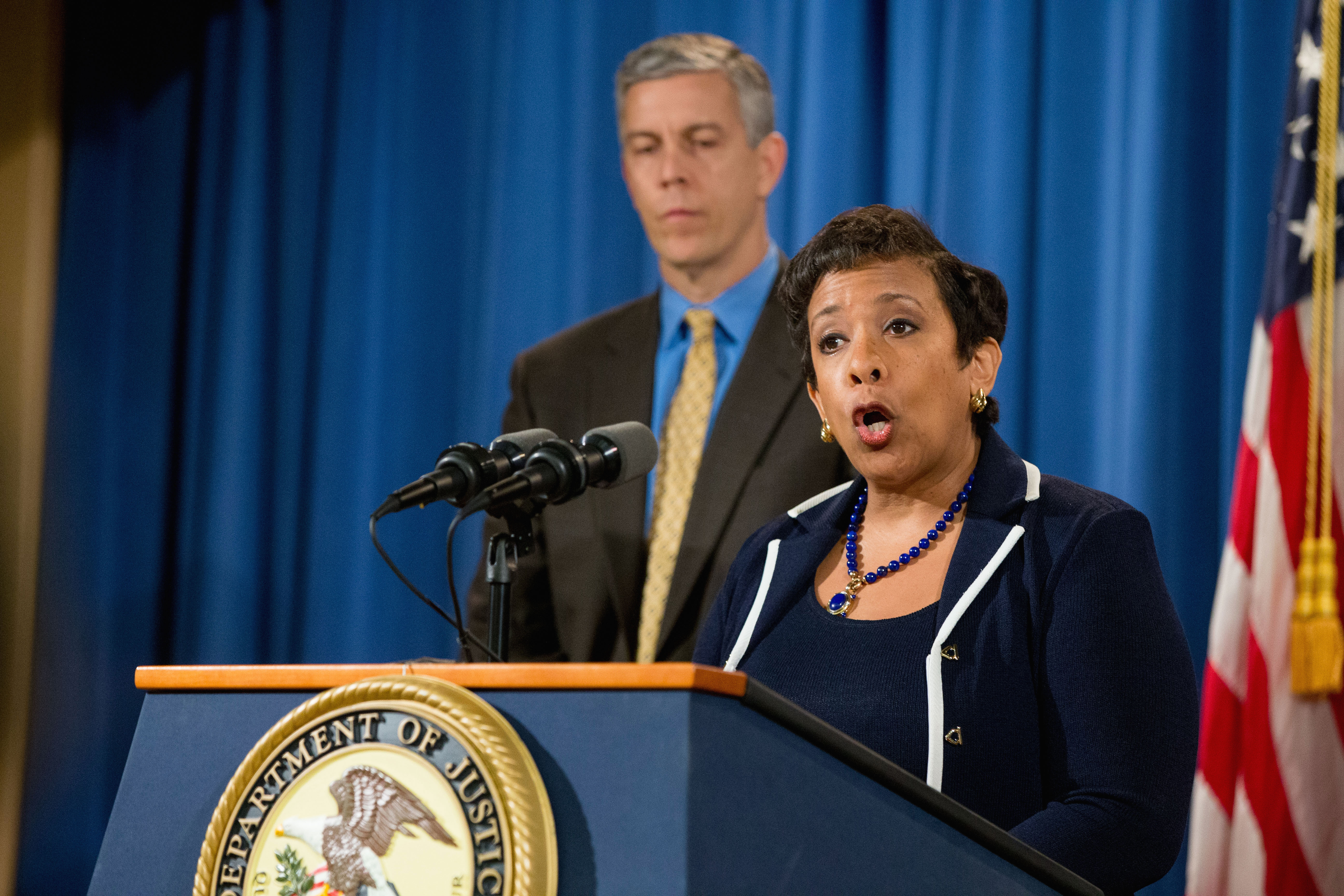 Federal officials on Monday said they reached a $95.5 million settlement with the nation's second-largest for profit educator, accused of running a high-pressure boiler room where admissions personnel were paid based purely on the number of students they enrolled.

The civil settlement with Education Management Corporation (EDMC), the biggest yet involving false claims to the Department of Education, stems from a case first brought by whistleblowers and then joined by the Department of Justice and several states in August 2011.

"We're very pleased that EDMC has been called to account for some pretty sordid conduct that cost taxpayers billions of dollars while victimizing untold numbers of students," attorney Harry Litman, lead counsel for the whistleblowers, Lynntoya Washington, a former assistant director of admissions at EDMC's Art Institute of Pittsburgh's online division, and Michael Mahoney, director of training for EDMC's online higher education unit, said in a statement.

The accord is the latest move by the government in trying to curb fraud in the for-profit education sector, with officials attempting to stop the flow of federal funds into programs with low graduation rates and poor earnings outcomes.

"Operating essentially as a recruitment mill, EDMC's actions were not only a violation of federal law but also a violation of the trust placed in them by their students -- including veterans and working parents -- all at taxpayer expense," Attorney General Loretta E. Lynch said in a statement.

EDMC enrolls more than 100,000 students through a chain of schools in 32 states and Canada under brand names including The Art Institutes, Brown Mackie Colleges and South University, with roughly 90 percent of its revenue -- or $11 billion between July 2003 and June 2011 -- coming from taxpayers through federal education funding for its students.

Asked at a press conference if the fine being paid by the EDMC was small compared to the billions the company received in federal funds, Lynch replied that the company's ability to pay was a large factor in the agreement.

Shares of the company declined as much as 30 percent in the wake of the news. EDMC, which earlier this year restructured to reduce its debt, said it worked with state and federal officials to resolve issues related to its recruiting practices, while also calling the allegations against it without merit.

"EDMC is proud to have worked closely with the state attorneys general to produce a new, one-page, easy-to-read disclosure that provides important information for students as they consider their higher education options at one of our schools," EDMC President and CEO Mark A. McEachen said in a statement.