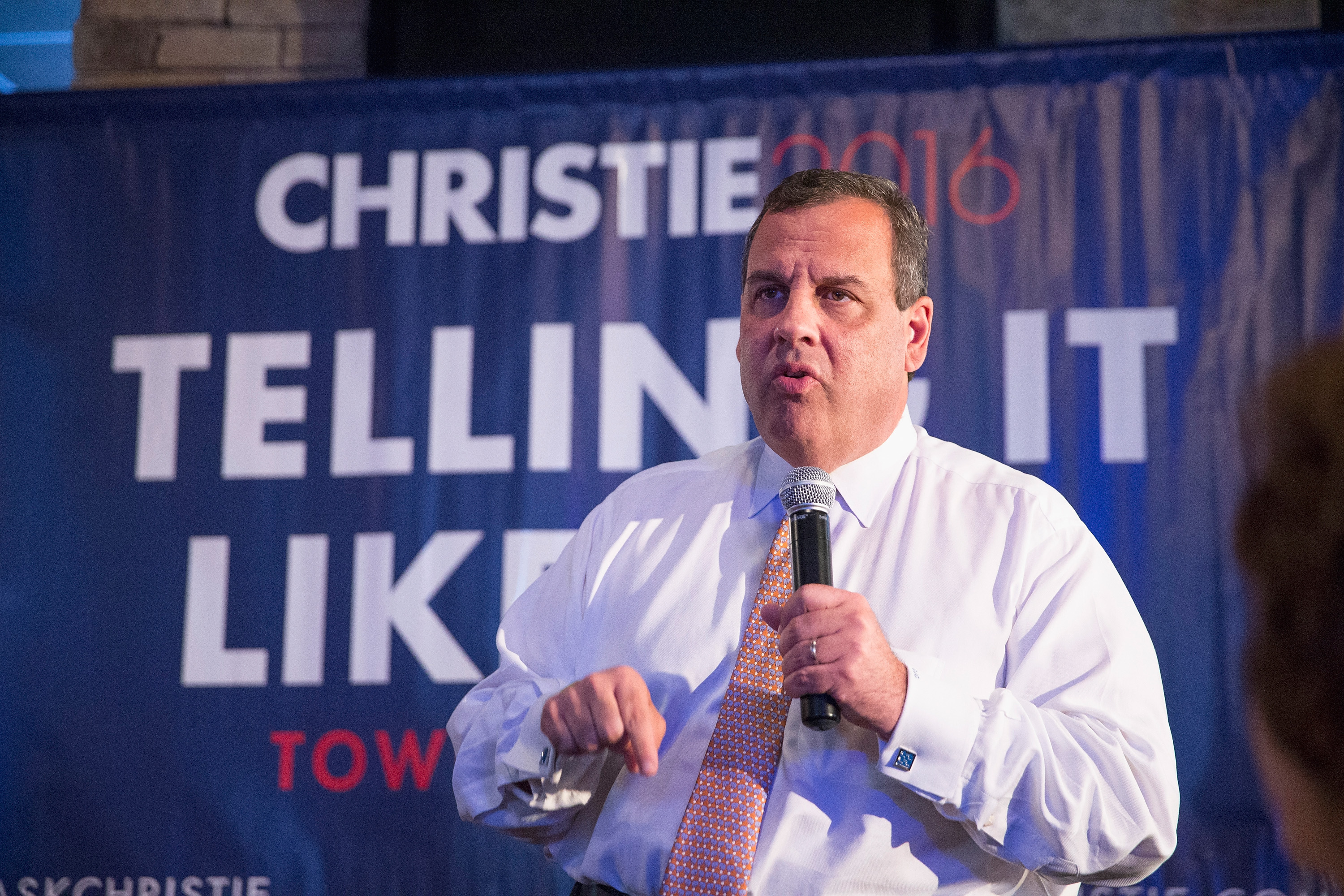 New Jersey Gov. Chris Christie has staked out a role in the 2016 Republican primary as the candidate who can get things done - even with Democrats.

"Compromise isn't capitulation," the governor recently said on Comedy Central's The Daily Show. "It's an option not to talk to the other side. That should not be an option. You get sent [to Washington] to work, to govern. That's what I've done in New Jersey. Doesn't mean we always agree, but we find compromise."

Christie has indeed worked with his state's Democratic legislature and its backers on a range of issues -- including gun laws. Yet on matters relating to firearms, the governor has since launching his presidential campaign disavowed the notion that he's anything other than a firm Second Amendment supporter.

"Does New Jersey have a lot of difficult gun laws? Yeah, and they were all signed before I became governor," the governor declared defensively at a town hall in Ankeny, Iowa in July.

In fact, the governor has signed several laws to regulate the possession of firearms. The New Jersey Star-Ledger points to more than a dozen gun control bills Christie has signed in his nearly six years as governor of the blue state. "These commonsense measures will... strengthen New Jersey's already tough gun laws," the governor said in an August 2013 statement after signing into law 10 pieces of gun violence and firearm-related bills.

"His record in New Jersey on gun control is decidedly mixed," Ben Dworkin, director of the Rebovich Institute for New Jersey Politics at Rider University, told CBS News. "He's vetoed some gun control legislation, he's signed some legislation -- as he talks to audiences that have a much more expansive view of the Second Amendment than many in New Jersey, I think he is shifting his emphasis as he talks about this."

The sort of bills that Christie has backed aren't exactly controversial in New Jersey. For instance, a 2013 bill that increased the penalty for transferring a firearm to a minor passed in the legislature without any opposition.

Even so, Dworkin noted, "There are issues within both parties in which it's hard to talk about how you compromise -- within the Republican presidential primary electorate, the Second Amendment can be one of those issues."

Iowa Republican strategist John Stineman agreed that gun control is a particularly tough issue for a candidate like Christie.

Generally speaking, Iowans can appreciate Christie's executive experience and no-nonsense attitude, Stineman told CBS. "Even among the Republican caucus goers there's a lot of appetite for the 'get-it-done' governor," he said. That said, Stineman added, "there's a very pro-Second Amendment element" in the Republican electorate, and "anything less than purity [on the issue] is a non-starter" for those voters.

Consequently, Christie has responded to mass shootings -- such as last week's tragic shooting in Roseburg, Oregon -- the same way his GOP opponents largely have: by focusing on shortcomings with the nation's mental health system rather than its gun laws. "It's a really complex problem, but I think it's about the mental health issues," Christie said Sunday on ABC's This Week, when asked about what causes mass shootings.

Christie's shift toward a more pro-Second Amendment stance can at times seem tough to swallow. For instance, he raised some eyebrows after vetoing a ban on .50-caliber rifles in New Jersey -- a ban he originally supported.

Still, Stineman suggested there's a way for Christie to put more emphasis on gun rights without losing his reputation as the "get-it-done" governor. For instance, Christie recently vetoed a unanimously-passed bill that would have alerted law enforcement whenever someone who had been committed to a psychiatric facility asked for that history to be expunged from their record in order to buy a firearm. While Christie's veto outraged Democrats, he convinced New Jersey's Republican legislators to go along with the move by proposing alternative legislation that would make changes to the state's mental health laws.

"If Governor Christie issued a veto but he had a viable alternative that's meaningful, then that can be seen as credible," Stineman said.