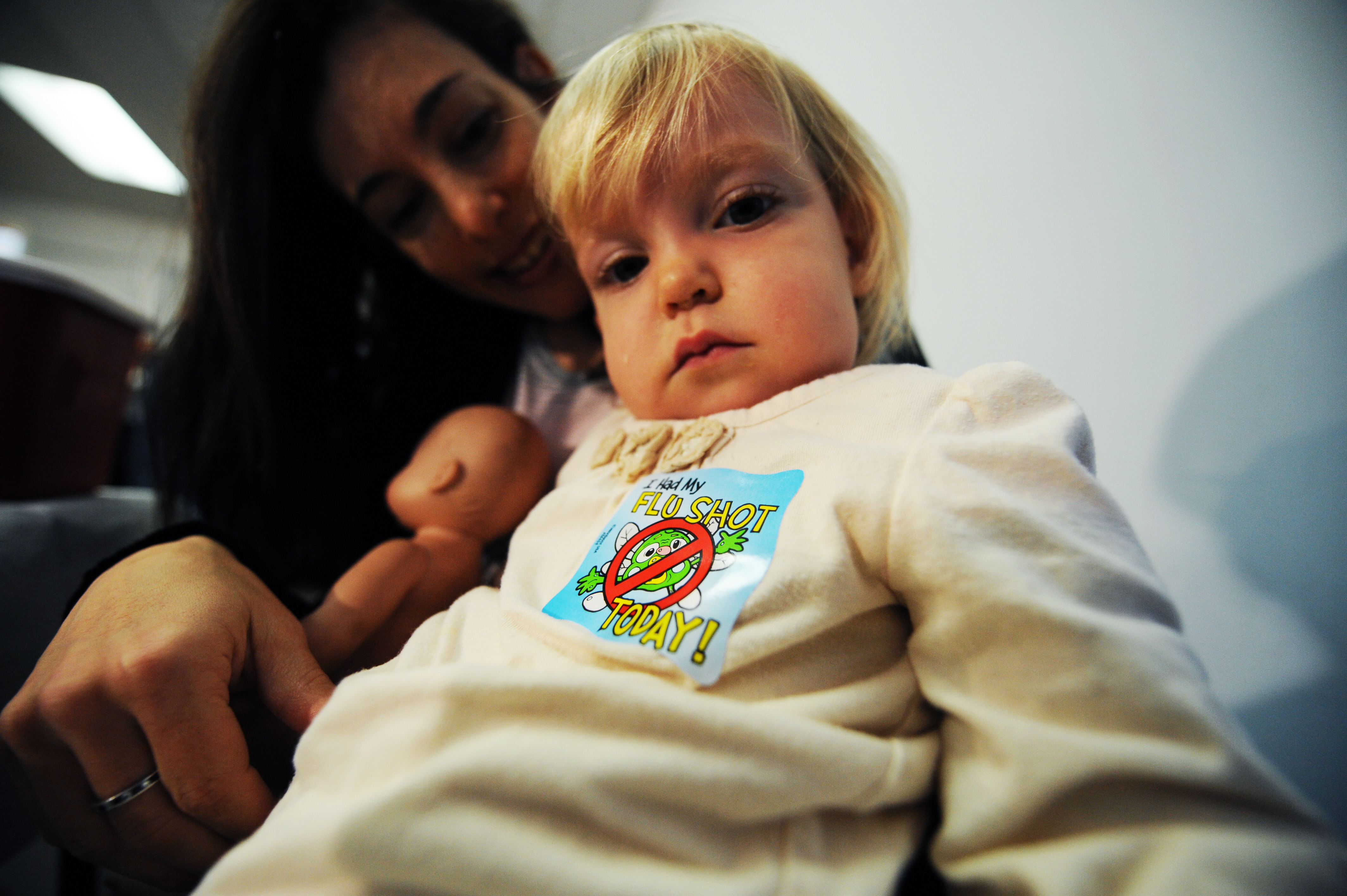 Flu activity continues to climb in the U.S., with 40 states now reporting widespread disease activity during the week of January 5 through 11 -- up from 35 states from last week’s report.

Each Friday, the Centers for Disease Control and Prevention releases new data on U.S. flu activity that the agency culls from state health departments on disease cases that occurred one week prior.

Ten children died of flu during the second week of 2014 according to the new figures, a number that doubles the entire count of this year’s 2013-2014 flu season to date, raising the toll to 20 pediatric deaths.

During the 2012-2013 flu season, which started early and was especially severe, 169 children died.

The CDC does not track exact number of adult death rates, but this week the flu season reached “epidemic” status because 7.5 percent of all U.S. deaths during the second week of January were due to flu and pneumonia illnesses, surpassing the CDC’s epidemic threshold of 7.2 percent.

Last week, about 6.9 percent of deaths were attributed to flu and pneumonia.

H1N1 was the strain responsible for the 2009 “swine” flu pandemic that killed more than 200,000 people worldwide.

The number of states with high disease activity fell from 20 states to 14 states in the latest report. But that doesn't necessarily mean the worst is behind us.

The flu season can be unpredictable, said Rehm, and while the CDC’s numbers reflect disease that has already happened, the agency can’t predict whether the flu season will get worse. Flu typically peaks between January and March.

“We won’t know when the peak is until we’re past it,” she said. That’s why, “It’s important to remember it’s not too late to get a flu vaccine.”

The CDC recommends that all people age 6 months and older should get a flu vaccine, including pregnant women. Estimates released in December by the CDC found only 40 percent of Americans have gotten a flu shot this year.

Besides vaccination, taking daily actions like washing your hands with soap and water, covering your nose and mouth when sneezing or coughing and staying home when you’re sick can reduce the spread of illness, Rehm pointed out.

Signs you have the flu include fever, aches, chills and tiredness that come on suddenly, with emphasis on the sudden onset, said Rehm. Otherwise it might be the common cold or another illness.

If you do have flu, a doctor could prescribe antiviral medications like Tamiflu and Relenza, which can reduce the severity of the disease and help prevent some of the more serious complications that lead to hospitalization, especially when taken within the first 48 hours of infection.

If you are feeling sick this flu season -- whether its influenza or the common, cold -- resist the urge to call your doctors to demand antibiotics, CBS News chief medical correspondent Dr. Jon LaPook warned last week.

“Viruses, are not treatable by antibiotics,” said LaPook. “Every year I have to talk over and over again to patients about this.”

The CDC has more information on this year’s flu season.