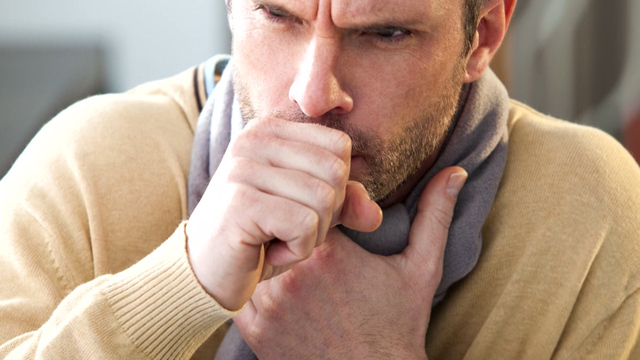 Flu season is in full force, newly released numbers from the Centers for Disease Control and Prevention indicate.

New data released Friday show that for the week of Dec. 29, 2013 to Jan. 4, 2014, flu activity was widespread in 35 states, up from 25 states in the previous week's report. Widespread activity means flu cases are appearing in at least half of the regions across the state.

High influenza activity, which refers to illness rates rather than geographic disease spread, was reported in 20 states, as seen on this map:

All 50 states have some degree of flu activity reported, according to the latest numbers. This year’s flu season has yet to be declared an "epidemic," but it's close: An estimated 6.9 percent of deaths reported in the past week were attributed to pneumonia and influenza-like illness, and once that number reaches 7.1 percent, it will surpass the CDC's epidemic threshold.

Each Friday, the CDC releases flu data collected from states on people who got ill with influenza-like illness the previous week.

Texas in particular has been hit hard with H1N1, resulting in the deaths of a number of previously healthy young adults. CBS DFW reported this week on the case of Chris Waskom, a 41-year-old father of six who died of H1N1 flu. “[He had] no pre-existing medical condition," his widow, Lacy Waskom, told the station. "He didn’t smoke. He was a perfectly healthy,” she said.

Typically, young children and adults over 65 are hit hardest by the flu.

The CDC does not track exact numbers of adult flu deaths.

While the new numbers suggest flu is spreading, many people who feel ill may just be sick with a respiratory infection like the common cold, which also occurs this time of year.

“If you’ve ever had the flu, there’s no mistaking the two,” says CBS News chief medical correspondent Dr. Jon LaPook. The flu is much more severe.

He explains that a cold is generally felt above the neck, with symptoms including congestion, running nose, sore throat, congestion, sneezing and headaches. Flu symptoms can include those as well as fever, body aches, extreme tiredness and a dry cough.

“You feel like you were hit by a truck,” he said.

The difference between a cold and flu certainly matters in that flu can cause far more serious complications, especially in young children and the elderly, who may even die.

A doctor can prescribe antiviral medications like Tamiflu and Relenza, which can reduce the severity of the flu and help prevent some of the more serious complications that lead to hospitalization, especially when taken within the first 48 hours of symptoms.

But some shortages have been reported for the liquid version of Roche’s Tamiflu, which is often given to young children and people who have problems swallowing pills. The shortage is expected to last until mid-January.

Whether it’s a cold or the flu, many people mistakenly demand antibiotics from their doctor or nearest urgent care clinic.

“Viruses, are not treatable by antibiotics,” said LaPook. “Every year I have to talk over and over again to patients about this.”

Taking unnecessary antibiotics fuels the proliferation of antibiotic-resistant superbugs, such as MRSA, he points out, which has been a major concern for health officials. That’s not just for society overall, but within our own bodies, because about one-third of people naturally have Staph bacteria living in the back of their nose.

Therefore if you have a cold, and possibly an open wound, an infection with antibiotic-resistant germs can cause a serious medical emergency.

“This rush to get antibiotics is really a problem,” LaPook said.

If you have a cold or flu for more than three days, you may be at risk for a bacterial infection like sinusitis or bronchitis, and in that case, an antibiotic might be appropriate.

The best way to prevent yourself from getting sick with flu this year is to get the vaccine, according to the CDC. Health officials say it’s not too late to get a shot, because flu season typically peaks through March, and can go as late as even May.

The CDC recommends that all people age 6 months of older should get a flu vaccine, including pregnant women, unless they’ve previously had severe reactions to the vaccines or doctors have told them they cannot due to allergy.

The CDC estimates only 40 percent of Americans have gotten vaccinated thus far.

People can also help stop the spread of colds and flu by washing their hands with soap and water, covering the nose and mouth when sneezing or coughing, and limiting contact with others when feeling sick.

“It’s that time of year. It’s the same problem, the same issues,” LaPook pointed out. “But people really have to understand, flu is serious.”