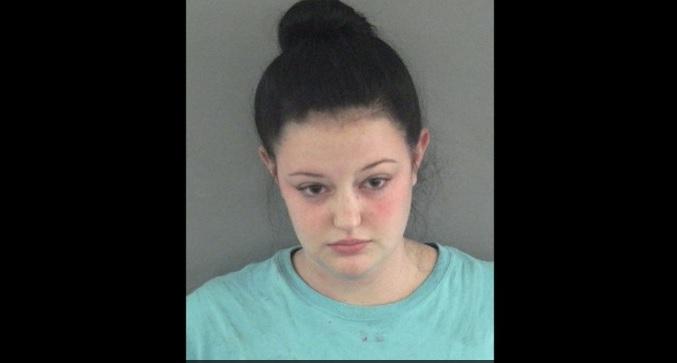 LADY LAKE, Fla. — Police say a woman drank five beers in a Walmart aisle before assaulting an EMT while she was in handcuffs, reports CBS affiliate WKMG.

According to an arrest report, Shellby Conder, 18, allegedly told the Walmart’s manager that she drank five cans of beer from the beer aisle and was drunk. She also asked for a ride home, according to the report.

Deputies arrived and Conder allegedly resisted, kicking one as she was being handcuffed. Paramedics were then called to evaluate her, and police say Conder grabbed one’s groin.

According to the report, while Conder was in the patrol vehicle, she told deputies, “I’m sorry to who I hit.”

Conder is being held on $15,500 bond and is charged with battery on a officer, larceny petit theft and resisting officer with violence.