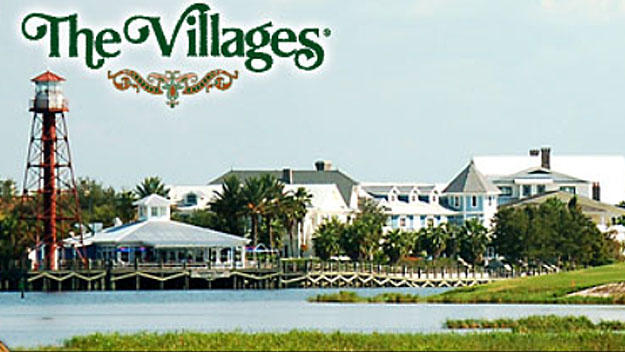 THE VILLAGES, Fla. -- Five people have been arrested after a police raid of a home in a central Florida retirement community uncovered drugs and golf cart parts, according to the Sumter County Sheriff's Office.

Deputies raided the home early Wednesday after receiving reports of suspicious activity, including possible drug use and golf cart thefts, at the home located in The Villages, a sprawling senior community with a population of more than 150,000. A SWAT team executed a search warrant obtained after a confidential informant helped orchestrate three drug buys there, reports the Village News.

Nearby residents had reportedly long complained the property was unkempt.

"It's been a problem location for the neighborhood up here for some time," Sumter County Deputy Gary Brannen told the Village News.

Drugs were in "plain sight" in the home, deputies said, and investigators uncovered golf cart parts including windshields, seat cushions, wheels and tires in the garage in attic, reports CBS affiliate WKMG. Brannen told the Village News the property may have been used as a golf cart chop-shop.

Deputies said in a news release they have not been able to connect the evidence from the home to recent golf cart thefts in the area. One item in the home was reported stolen out of Georgia.

Golf carts -- many souped-up and customized -- are a popular method of transportation around the massive community known for its golf courses, CBS News' David Begnaud reported in 2015.

The Village News reports Unrath is the niece of the property owner, an elderly man with health problems who is reportedly not believed to be involved in the illegal activity.