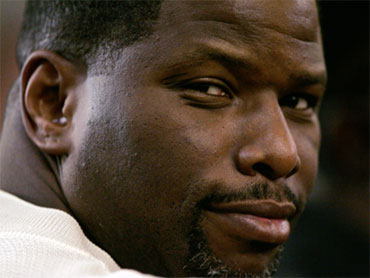 Families of passengers who rebelled against hijackers aboard United Airlines Flight 93 said Friday the FBI theory that the terrorists deliberately crashed the plane into a Pennsylvania field was based on "limited and questionable interpretations" of the cockpit recording.

The theory — described by FBI Director Robert Mueller and disclosed deep within a congressional report on the Sept. 11 attacks — suggests insurgent passengers may not have successfully fought their way into the cockpit and grappled to seize the plane's controls, as has been popularly perceived.

But, as CBS News Correspondent Peter Maer reports, the FBI insists its conclusions don't diminish the heroism of the passengers -- remembered for the battle cry "let's roll."

"Without a doubt, the passengers breached the cockpit," said Randall Greene of New York, whose brother Donald, a pilot of smaller aircraft, was onboard. "I'm surprised by the theory attributed to the FBI director that the passengers did not take control of the aircraft."

"Until someone can produce specific translations of these tapes that are more than theory then it appears there is sufficient evidence to support the heroic acts of the passengers and crew in bringing Flight 93 down," the families said.

The FBI has steadfastly maintained that its analysis isn't conclusive and doesn't detract from the heroism demonstrated by passengers, who are believed to have rushed down the airliner's narrow aisle to try to overwhelm the four hijackers.

In phone calls from the plane, four passengers said they and others decided to fight the hijackers after learning of the attacks on the World Trade Center in New York that morning.

But the suggestion from the government that the hijackers in the cockpit decided to crash the plane — though under pressure from defiant passengers in the cabin — appears at odds with what families of some passengers have come to believe.

"I don't think the FBI got it right, what happened," said Tom Crowley of Atlanta, the uncle of Jeremy Glick, who died aboard the flight. He said Glick's widow, Elizabeth, was among family members permitted last year to listen to the cockpit recording and she believes she heard Glick delivering a judo strike to one hijacker.

"No question, any family member who listened to the tape will tell you the same thing, that they (passengers) were in the cockpit," said Crowley, who urged the government to make the recording public.

The plane went down far from the White House, in a field in the rural town of Shanksville, Pa. All 33 passengers, seven crew members and the four hijackers died.

The cockpit recording was played privately in April 2002 for family members of victims, and the FBI also provided them with its best effort at producing an understandable transcript.

Hoglan said the FBI's transcript quotes one hijacker after fighting breaks out in the cabin asking another hijacker in the cockpit in Arabic, "Finish her/it now?" She said she believed they were discussing whether to crash the plane. The response from the second hijacker, she remembered, was either "wait" or "not now."

Some family members indicated after hearing the tape that they were led to believe that passengers used a food cart as a shield and broke into the cockpit.

Hoglan said the hijackers inside the cockpit are heard yelling "No!" at the sound of breaking glass — presumably from the food cart — and that the final spoken words on the recorder seemed to be an inexplicably calm voice in English instructing, "Pull it up."

She said the English voice toward the end of the recording was so distinct that she believes it's evident the speaker was inside the cockpit.

Citing transcripts of the still-unreleased cockpit recordings, Mueller told congressional investigators in a closed briefing last year that, minutes before Flight 93 hit the ground, one of the hijackers "advised Jarrah to crash the plane and end the passengers' attempt to retake the airplane."

Ziad Jarrah is thought to have been the terrorist-pilot because he was the only of the four hijackers aboard known to have a pilot's license.

The chief executive of a foundation named for Todd M. Beamer, the passenger from New Jersey who said "Let's roll" just before the passengers revolted, said the FBI analysis doesn't diminish the heroism of the passengers. He said he had not spoken to Beamer's widow, Lisa, about the analysis, but said family members know "their loved ones on board did not sit idly by. There was a consensus to act."

"The result is that the terrorists failed in their attempt, and I truly believe the passengers had some role in that," Douglas A. MacMillan said.