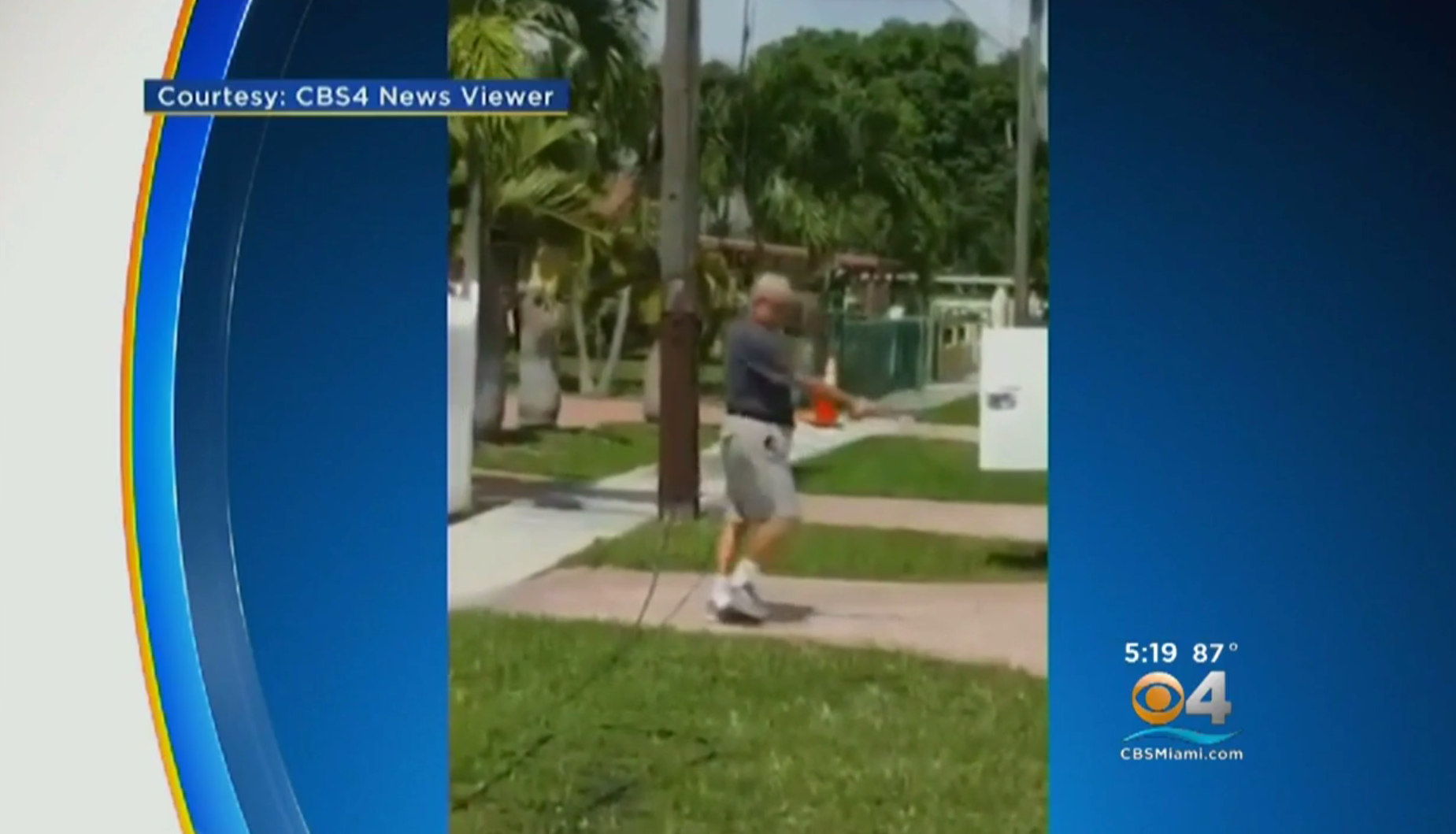 HIALEAH, Fla. -- Authorities say a Florida man shot at two AT&T trucks because they were parked in front of his driveway.

Cellphone video shows 64-year-old Jorge Jove calmly walking around the first truck and shooting at all four tires on Wednesday. Jove then walked to the second truck and opened fire. He reloaded the gun several times.

Jove confessed to firing as many as 18 shots into two AT&T work trucks, and allegedly fired at one worker, CBS Miami reports.

He was released straight from jail on bond Thursday without having to go before a judge.

One of the utility workers, from a short distance away, recorded with his cell phone Wednesday as Jove, a retired firefighter, police say, went ballistic, upset that the trucks parked on his front swale and driveway and did not move quickly enough when he asked them to.

On the video, you can hear a worker calling 911 as Jove fires over and over again into the trucks, loading his high-powered revolver three times.

"Somebody is up in the bucket right now and they can't come down because he's shooting the truck," one of the workers told 911.

Arriving police reported that they saw Jove fire at the man in the bucket at the top of a utility pole. Jove was booked on multiple counts of aggravated assault with a firearm. A police report says he told detectives that "he went bananas and wanted to stop (the workers) from leaving."

Hours after being arrested Wednesday night, Jove bonded straight out of jail without going before a judge. AT&T workers, near where the shooting occurred, were aghast to learn of his unconditional release.

He wasn't the only worker who felt that way.

"That doesn't seem like it makes much sense," said worker Jeff Reardon. "I think maybe a psychological evaluation would have been in order."

Hialeah Police could have put an item on Jove's arrest report directing that he have a bond hearing before a judge, but they didn't.

The department's spokesman, Sgt. Carl Zogby, declined to discuss specifics as to why police did not ask that Jove appear before a judge before being released.

"It was a bondable offense. That was our decision, our detectives' decision," Zogby said.

Had Jove appeared in court, a judge could have attached restrictions to his release, including a requirement that he surrender all weapons he might have.

No one was home at Jove's house throughout the day Thursday. The door went unanswered and there were no cars in the drive. But he remains free, somewhere.