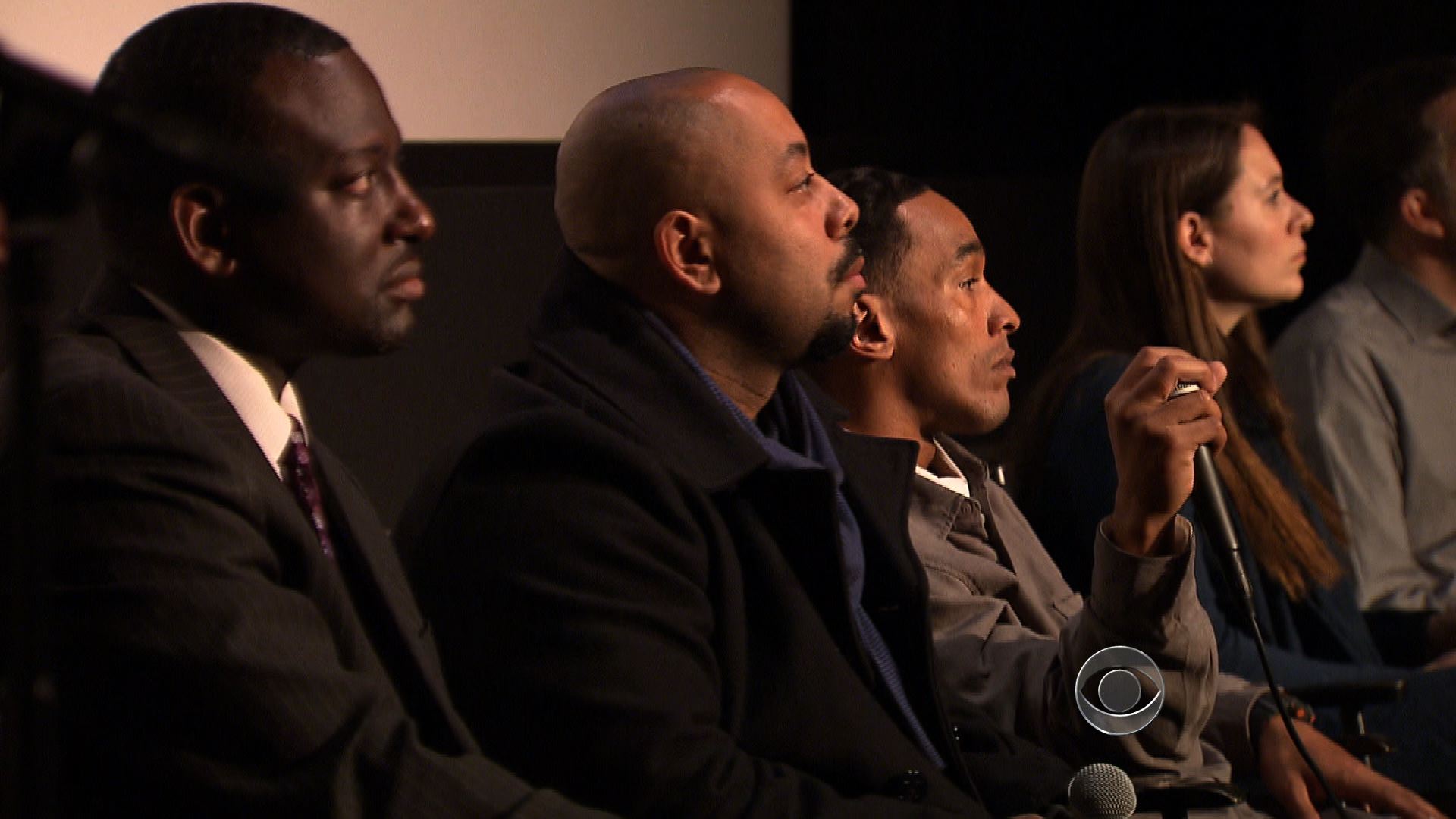 (CBS News) NEW YORK - When Yusef Salaam speaks about the ordeal of being labeled one of the Central Park Five, it is surprisingly without bitterness.

At 15, Salaam became ensnared in a police story of a horrific crime that neither he nor the four other Harlem teens accused had committed. But it took them 13 years to prove their innocence.

"Our records have been wiped clean, but the indelible scar of going to prison is still there," Salaam said in an interview. "There was a speedy trial to convict us. There was no speedy method to recompense us."

The crime was one of the city's most notorious in the 1980s. Trisha Meili, a 28-year-old white female investment banker from the Upper East Side was attacked during her regular early evening run. Meili was raped, beaten and left for dead in the northern end of the park. She slipped into a coma and was never able to recall the incident, though she later recovered, wrote a memoir, and became a motivational speaker.

Within days of the assault, the NYPD announced it had solved the crime and arrested Salaam and the other juveniles based largely on their statements to police and prosecutors, which were videotaped.

"The narrative they sold the public was completely false," Salaam said. "They did such a rush to judgment. They wanted to solve this case so quickly that they felt like this story of the five sounded much, much better than there being one person."

It turned out to be a case built on false confessions. But the story of violent, interracial gang rape gripped a city whose crime rate had soared. Tabloid headlines referred to the attack as a "wilding" incident by a pack of wolves.

Four suspects were black. One was Hispanic, Raymond Santana, who was 14 when he gave his false confession.

"We were 14, 15, 16-year-olds who'd never been involved with the law, who never had a criminal record, who were very na»ve," Santana said in an interview. "Then you add in no food, no drink, no water, no sleep, and then you throw in the number one ingredient, pressure."

As a group, the Central Park Five argued the police had coerced their confessions and coached them on the details. Salaam contends that police got physical with the eldest of the suspects, Kharey Wise, 16 at the time.

"Kharey was being beaten in the next room. I heard him getting beaten. And they would come into the room where I was at, look in, and say 'You're next,'" Salaam said. "For him to be in the next room, crying, yelling, 'Stop! Stop!' I couldn't imagine what they were about to do to me."

But their statements were inconsistent, and no DNA evidence or witnesses placed them at the crime scene. Still, two trial juries convicted them all. Salaam, Santana, and two other juveniles served seven years. Wise was sentenced to 13 years.

"There wasn't enough skepticism, and people weren't asking the right questions," said Sarah Burns, who produced and directed the new documentary feature, "The Central Park Five," which opened in New York this weekend and will be shown in theaters in a dozen cities throughout December.

"We know there are many other wrongful convictions, many of them based on false confessions," Burns said. "How does this happen, why does this happen and what can we do about it?"

Burns worked on the film with her father, renowned documentarian Ken Burns, and her husband, filmmaker David McMahon.

"This is about these five men who were children and who were completely dehumanized. They had no voice. They were treated as animals," Burns said. "We now have this opportunity to give them a chance to tell their own story and get to know them as people."

The film follows the case to a dramatic turn in 2002, after all of the defendants but Wise had completed their sentences. Wise was incarcerated at the same New York prison as Matias Reyes, a convicted serial rapist and murder arrested in the summer of 1989. Learning of Wise's predicament, Reyes came forward with a true confession in the jogger attack. When it was corroborated by DNA and other evidence, the same Manhattan District Attorney who had won the convictions of the Central Park Five asked that they be vacated. A judge agreed just days before Christmas, ten years ago.

Until then, the men were registered sex offenders, unable to land a job. Today, the Central Park Five see their label as a symbol of struggle and perseverance.

"We have turned it into something positive -- something that shows strength, and it shows power, and we give back to the kids, and we talk to them, and this is how we use it," Santana said.

Now 38, Salaam and Santana still live in New York. They both work for hospitals, and both are fathers.

"I don't know what will be in my future," Santana said. "But I know I've got to put one step forward and move on."

But their legal battles are not quite finished. Depositions were recently completed in their civil lawsuit against the police and prosecutors behind their wrongful convictions.

"No amount of money can give a person time that they lost," Salaam said. "We were really given a life sentence."