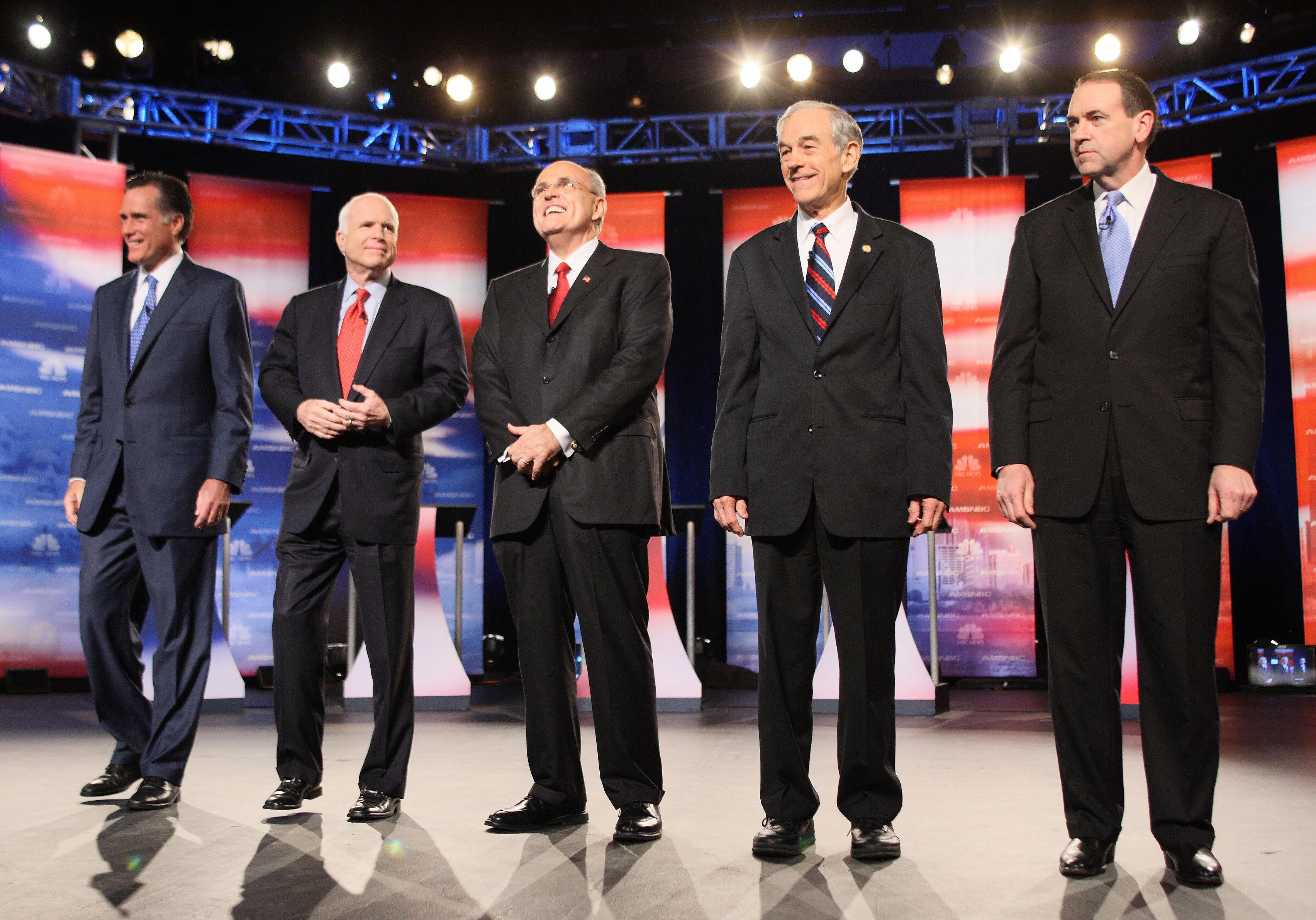 In an unusual move, the coveted first debate of the 2012 presidential primary season is being rescheduled. The Ronald Reagan Presidential Foundation announced that it is moving its "Reagan Centennial GOP Presidential Primary Candidates Debate" from May 2 to Sept. 14, 2011.

The Reagan Library debate is in conjunction with media partners Politico, NBC News and Telemundo. With only one top tier candidate, Tim Pawlenty, having officially filed the paperwork for a Presidential Exploratory Committee, not enough candidates were ready to commit to the debate to hold it on its original date.

"Although there will be a long and impressive list of Republican candidates who eventually take the field, too few have made the commitment thus far for a debate to be worthwhile in early May," said John Heubusch, executive director for the Ronald Reagan Presidential Foundation. "The Reagan Foundation's first Republican presidential primary debate will move to the fall, allowing enough time for the full slate of candidates to participate," Heubusch said in a statement.

While some candidates have yet to announce their runs and are still testing the waters, others may be waiting to announce a run for the presidency to see who else gets in and how well they are received. At this early stage, many candidates are raising money through political action committees and laying the ground work for a run, instead of announcing one early.

This week's April 1 filing deadline with the Federal Election Commission will provide an opening for some potential candidates to dive in. After April 1, candidates will have three months to get in the race and raise money before having to file a federal report that would detial how much money they've raised. At the early stage the fundraising is key, as those candidates who have raised the most money by mid-summer will appear as front-runners with the upper hand entering the fall.

After May, there are primary debates scheduled in New Hampshire in June, in Iowa in August and in Florida in October. Additional debates are on the calendar for 2012 - when the actual primaries occur - and more will most likely be added through the fall as the political reason heats up.