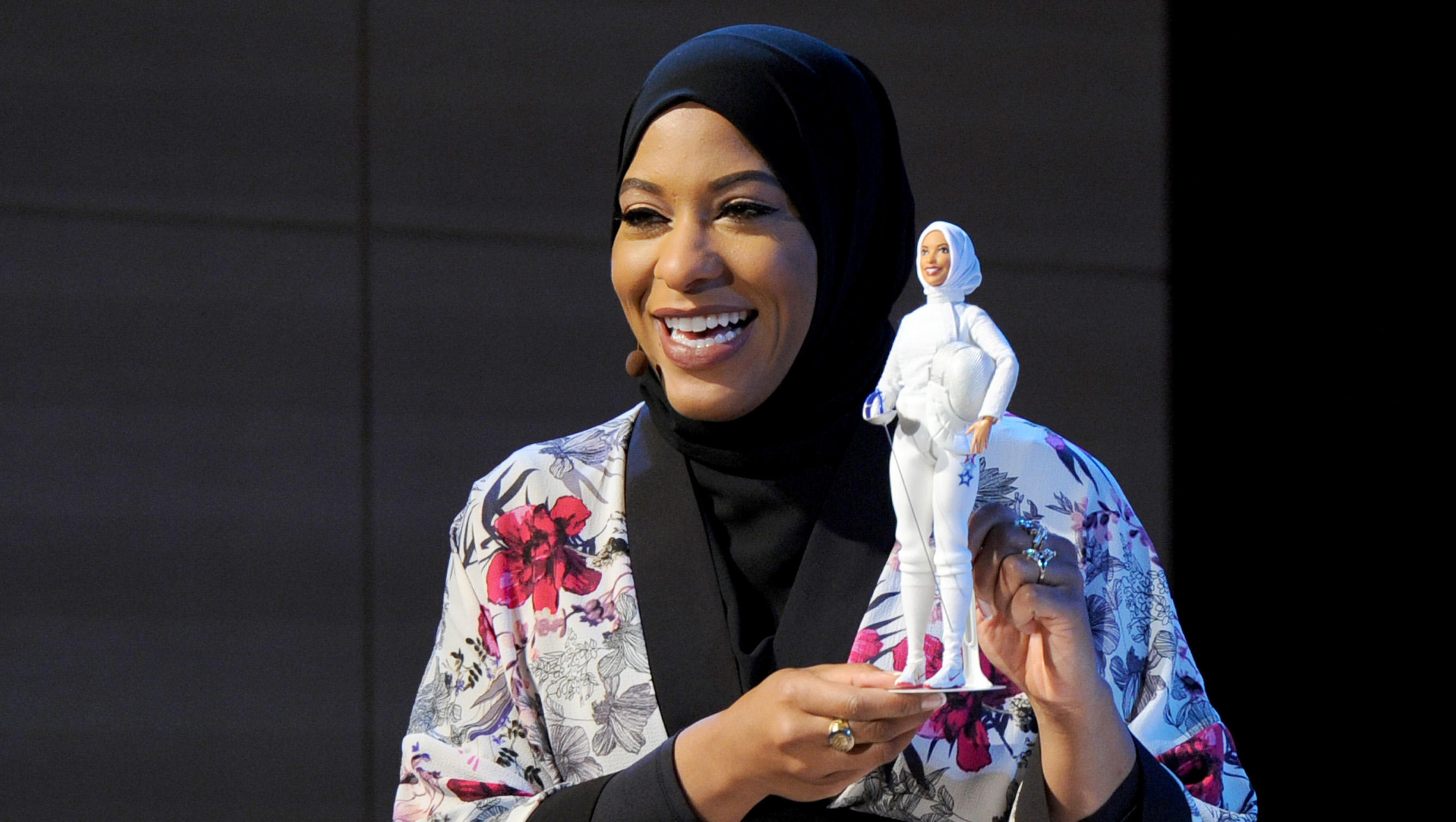 Mattel has unveiled the newest Barbie doll in it's "Sheroes" collection, modeled after Olympic fencer Ibtihaj Muhammad. The doll wears a fencing outfit and hijab -- a first for Barbie.

Muhammad and model Ashley Graham revealed the doll at Glamour's Women Of The Year LIVE Summit in New York City on Monday.

Muhammad, the first American athlete to wear a hijab while competing in the Olympics, had a major role in designing the doll.

"I think that having strong legs helped me win a medal at the Olympic games. So I wanted my [doll's] legs to be larger, more athletic legs, toned legs," Muhammad revealed.

Mattel's "Sheroes" line aims to recognize female heroes who "inspire girls by breaking boundaries." Last year, Mattel modeled a doll after Ashley Graham to "celebrate her pushing boundaries within the fashion industry and promoting the messages of body positivity."

While on stage at the Glamour's Women Of The Year event, Muhammad and Graham compared their dolls' thick legs -- which differ from the traditional appearance of Barbie dolls' slender frames.

Muhammad opened up about how much the doll means to her.

"Barbie dolls were a really important part of the way my sisters and I played together," she told the audience at the Glamour Magazine event. "My mom wanted us to play with dolls that looked like us. So she would only buy us Barbies of color. This is the way we could see and celebrate our beauty for our brown skin, even as conventional standards of beauty."

On its website, Mattel writes that the new Ibtihaj Muhammad doll serves as "an inspiration for countless little girls who never saw themselves represented in sports and culture. We hope this doll shows girls they can be anything."