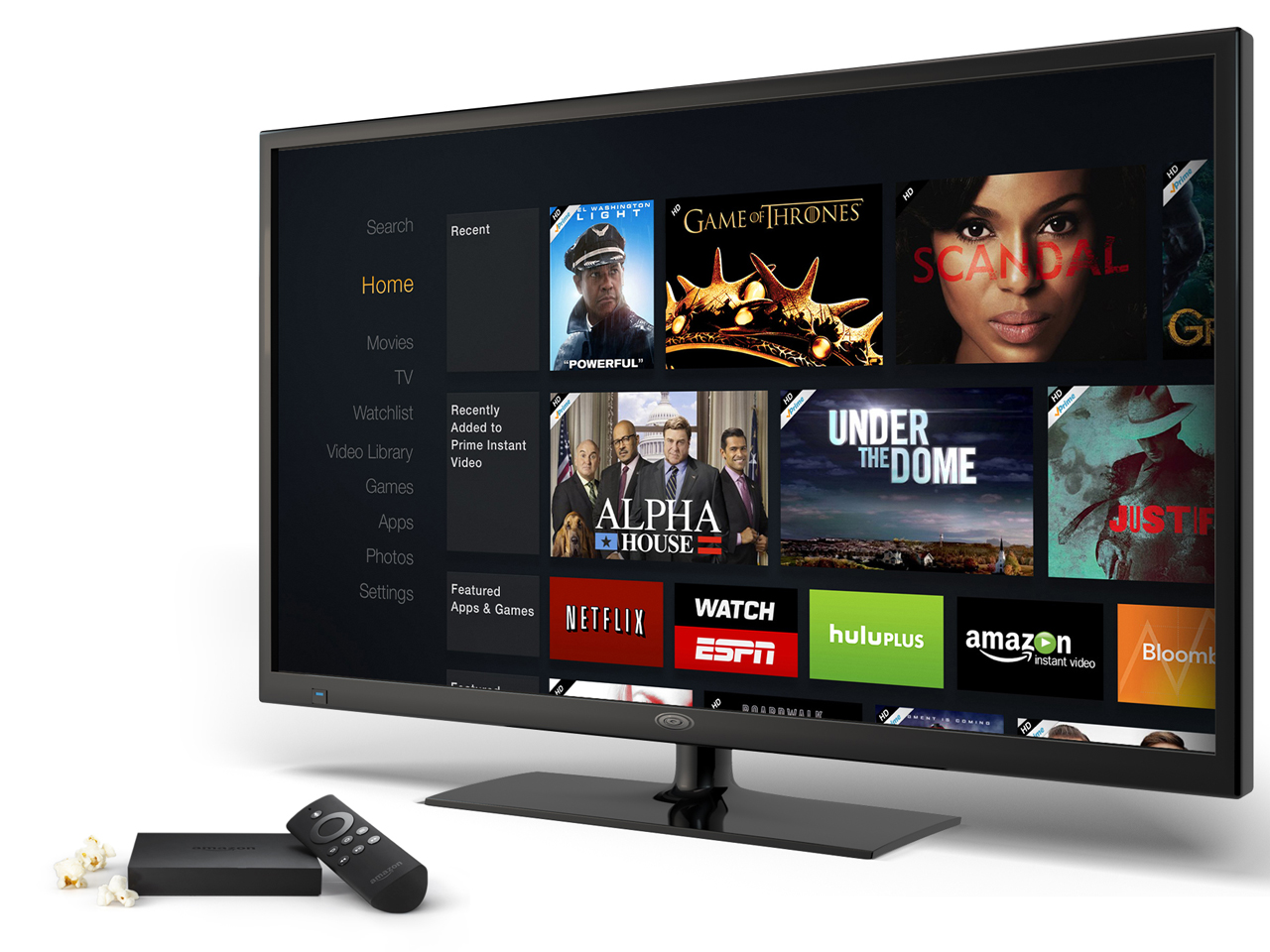 Amazon released its Fire TV streaming box last week, and it's already the best-selling streaming device on Amazon.com - not surprising, perhaps, when Amazon can make it the featured product on its home page. But how does it compare to its established competitors, like Apple TV, Roku, and Chromecast?

Unlike the new Roku Streaming Stick and the Google Chromecast, Fire TV is a small black box, more similar to Apple TV or a Roku 3. It plugs into one of your TV's HDMI ports and is powered with a wall plug (or a powered USB port, if your TV has one). It comes with a remote control and a game controller.

Fire TV streams content, first and foremost, from Amazon. It integrates right out of the box with your Amazon account, giving you easy access to everything in your Amazon universe. But that's not all: it also has apps for most of the other online services you use, like Netflix, Pandora, Hulu Plus, and YouTube. And that's just scratching the surface; Amazon has done a great job of making sure that Fire TV has thorough support for online content. And it is a streaming device like the Chromecast, as well. You can mirror content from a Kindle Fire HDX (if you own one) to the Fire TV.

As I mentioned, Fire TV also comes with a gaming controller, because the box also offers more than 100 games out of the box. This is kind of a mixed bag, though; the games are on par with what you might find in a last-generation console, and is easily bested by the latest gaming systems. That said, Fire TV has a truly compelling feature under the hood: voice support. Press the search button on the remote, and the Fire TV expects you to ask for what you want to see. The microphone is in the remote, not in the set-top box, so it's a much more intimate experience than shouting across the room, like you need to do with the Xbox One, for example.

As nice as the Fire TV is, it's really optimized for people who have bought into the Amazon ecosystem - in much the same way that Chromecast is for Android users who are fully invested in the Google Play store. Fire TV only mirrors content from the Kindle Fire HDX, for example, and - frustratingly - there's no such thing as universal search here. Using the Fire TV's search feature only return results on Amazon. If you want to find something that's in Netflix, for example, you'll need to open the app and look there yourself. If you don't have a serious, committed relationship with Amazon, you might be better off with one of the Roku devices, like the new Roku Streaming Stick. Which is about half the price of Fire TV's $99 price tag.