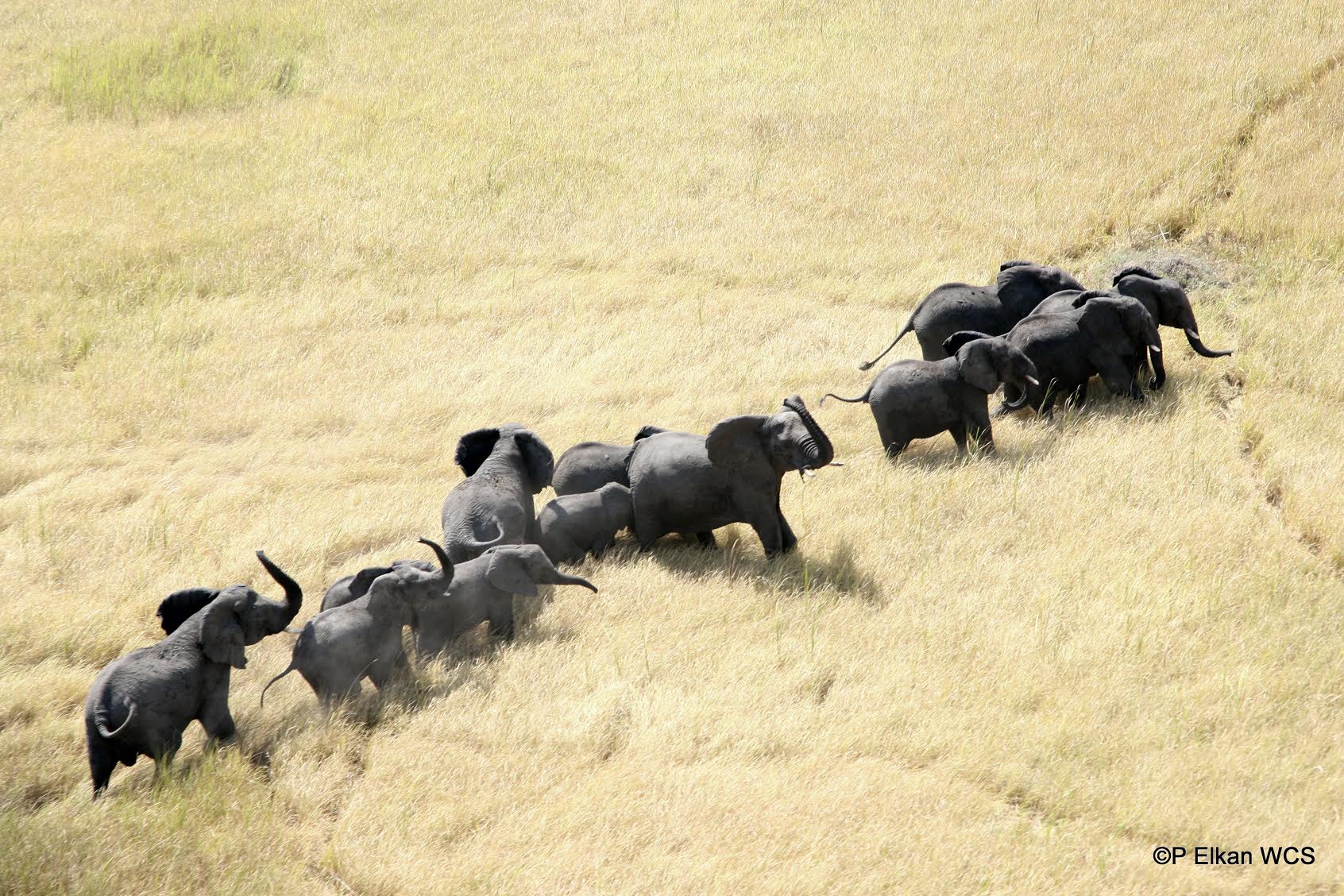 Renewed fighting in South Sudan is decimating much the country's wildlife, with poaching of elephants on the rise and both sides in the civil war accused of butchering antelope and other animals to feed their troops.

Along with elephants, the Wildlife Conservation Society told CBS News that species at greatest risk include giraffes as well as the African antelope species known as the Nile lechwe and tiang.

"The outbreak of the conflict has put a lot of pressure on wildlife that are located around the combat zone," Paul Elkan, the South Sudan country director for WCS, said of the yearlong conflict.

"As soon as the war broke out, we saw some massive bush meat poaching taking place frankly by people in the army and there were reports that the rebel forces were killing wildlife," he said. "They were using wildlife to feed their troops and certain commanders were using government vehicles to transport cargoes of bush meat."

Since then, two peace deals have been signed and quickly unraveled -- especially around the country's oil installations -- forcing more than 1.7 million to flee their homes. Thousands have been killed.

A lesser-known story has been the plight of the country's wildlife.

In the 1970's, South Sudan was home to an estimated 80,000 elephants. The following decades of civil war had a catastrophic impact on these elephants and other wildlife populations. Aerial surveys conducted in 2007 by WCS and the Wildlife Ministry of the Government of South Sudan estimated that the number had fallen to around 5,000. More detailed surveys and focused research on the elephant populations in recent years have revealed that there actually may be fewer than 2,500 survivors remaining in the country.

There was hope that the emergence of South Sudan would come along with fresh efforts to preserve its wildlife including bolstering protection at the networks of national parks.

Starting in 2010, with funding from USAID and in collaboration with the Government Wildlife Department, WCS launched an initiative with the objective of securing all the remaining elephant populations of South Sudan. It has been able to put GPS/satellite collars on 60 elephants to track their movements and law enforcement efforts led to the seizure of 65 ivory tusks.

The work until the civil war wasn't without its hazards. Fighting, for example, in 2013 extended into Boma National Park. The park's warden was killed and the offices looted. Still, the conservation work continued.

But more recently, Elkan said his team found it almost impossible to reach areas where some elephant herds are found and the data coming from the satellite collars is not promising.

"Unfortunately, a big part of the elephant populations are in areas where these forces are fighting," Elkan said. "We've had 30 percent of our GPS collars stop moving. The way they are giving out data, it looks like they have been poached."

Poaching is also soaring with one of the main targets being tiang. Known for its bronze skin with dark patches, its migration is the second largest in Africa after wildebeest and passes through many combat zones.

"We have noticed that poaching has become terrible," said Lt. Gen. Alfred Akwoch Omoli, an adviser to South Sudan's Ministry of Wildlife Conservation and Tourism. "Rebels are poaching and the government forces are also poaching because they are all fighting in rural areas and the only available food they can get is wild meat."

The WCS is calling among other things for the two sides to come to an agreement to "respect South Sudan's wildlife protection laws and cease all elephant poaching, ivory trafficking, and all other illegal wildlife poaching and trafficking activities."

It also wants the two sides to "grant and facilitate full and unrestricted access for conservation activities to be extended to all critical wildlife areas in the country to monitor the respect of wildlife laws, take measures to halt poaching and trafficking, and to assess and monitor the status of wildlife populations."

"The key is to somehow get access and agreement by warring parties to respect wildlife. I don't see why they can't do that," Elkan said.

"They did it during 25-year civil war. We know people on both sides of the conflict who are interested in conservation and know value of wildlife," he said. "We are hoping they we can reach out to both sides and get them to come to some sort of an agreement in the same away they are providing access to humanitarian aid and monitoring of the cease fire."