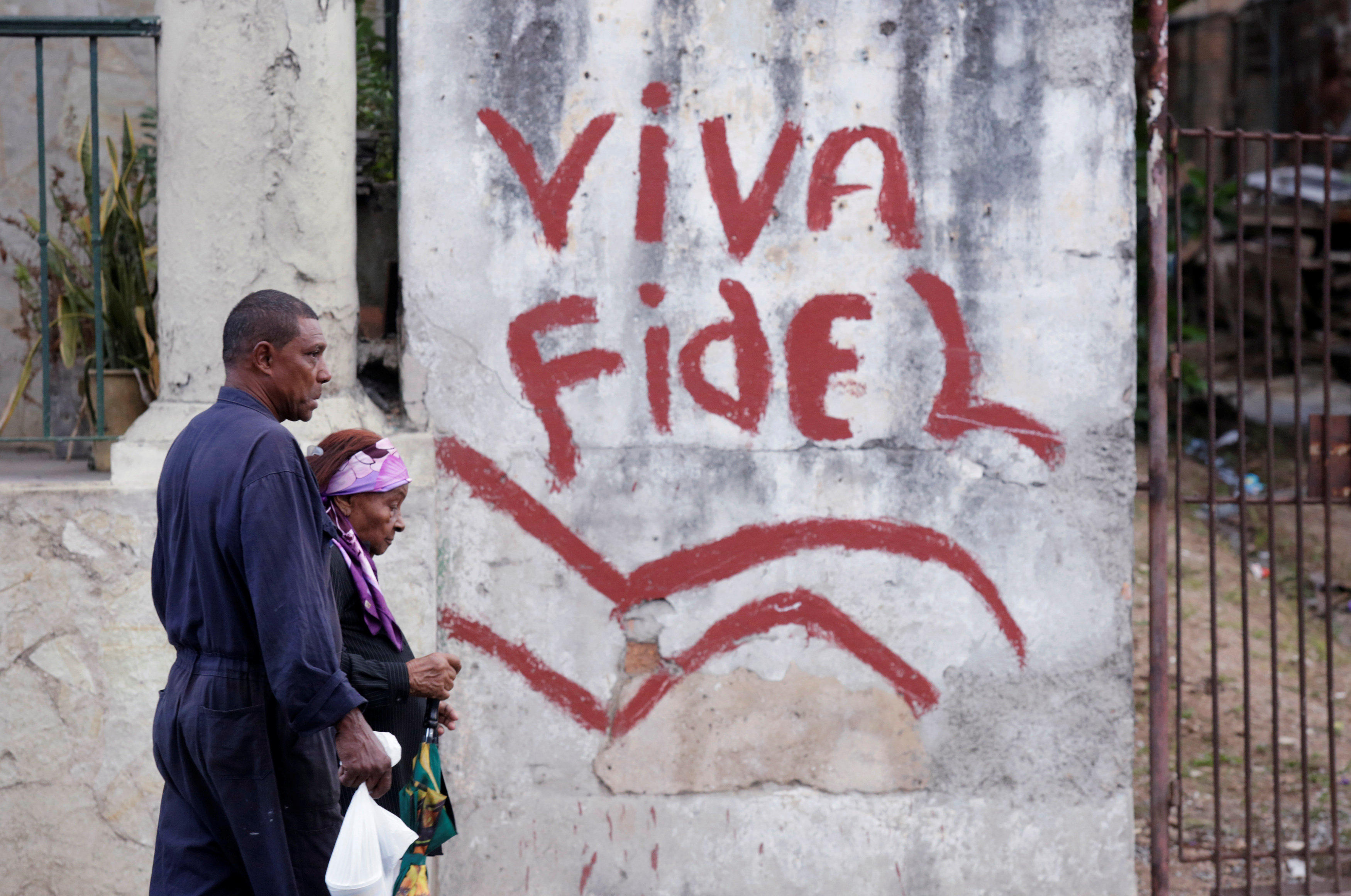 HAVANA  -- Cuba will observe nine days of mourning for former President Fidel Castro, ending when his remains are interred on Dec. 4.

The bearded revolutionary who ruled Cuba for half a century died Friday night at age 90.

The government says Cubans can show their respects for Castro beginning Monday morning at the Havana memorial to national hero Jose Marti, a leader of Cuba’s 19th century fight for independence from Spain.

On Tuesday evening, Cubans will be called to a demonstration in the Plaza of the Revolution, where Castro led a series of huge rallies.

On Wednesday, Castro’s cremated remains will begin a three-day journey from Havana to Santiago, retracing in reverse the route taken by the rebel army he led on a victorious march across the island in 1959.

Next Saturday, a mass commemoration will be held at the Antonio Maceo plaza in central Santiago de Cuba, the largest city in the east. The following morning, his ashes are to be interred at the cemetery where Marti is buried.

What's next for Cuba?
More
Thanks for reading CBS NEWS.
Create your free account or log in
for more features.
View CBS News In
CBS News App Open
Chrome Safari Continue
Be the first to know
Get browser notifications for breaking news, live events, and exclusive reporting.